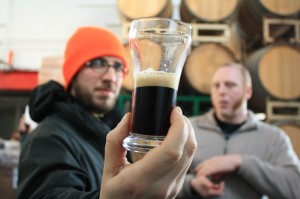 Looks like fellow blogger, Jeff over at Beervana, has posted his own short list of highlights/trends in beer in 2009. Here is our own take on the matter.

1. The announcement of 19+ breweries and brewpub opening in Oregon in 2010 (Beer Around Town, Beervana)

5. Brewpublic celebrates one year anniversary with a Birthday party at Saraveza and KillBeerFest at Bailey’s Taproom.

1. Sour Beers – Pucker up! This style is gaining momentum.

2. Collaborator Beers – How many brewers does it take to make a kick ass beer? Apparently, at least two.

3. Cascadian Dark Ales – Many Black IPAs were released this year. A great style or an ingredient bomb? What to call them Cascadian Dark Ales or ??? but definitely not Texan Brown Ales. When brewed well, their flavor is roasty, malty but with a nice hoppy presence.

4. “Green” Brewing – Isn’t brewing already a pretty green process? Now, how does someone market it so consumers feel better about themselves. All in all, it is better to go green then to go … ???

5. Expensive Scandinavian/non-traditionally beer country Imports – There seemed to be an increase of these hitting the market in 2009 with many different styles produced. How about we Oregonians grow the hops and you Scandinavians sell them back to us in a super hoppy beer and we pay out the nose for them. Oh, how good you taste, though!

(yes, we like to float our own boat, deal with it!)

1. Larry Sidor, Deschutes Brewery (insight to a true hop head and great brewer that brought you beers like Abyss and Dissident) 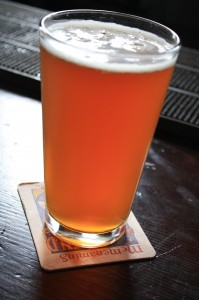