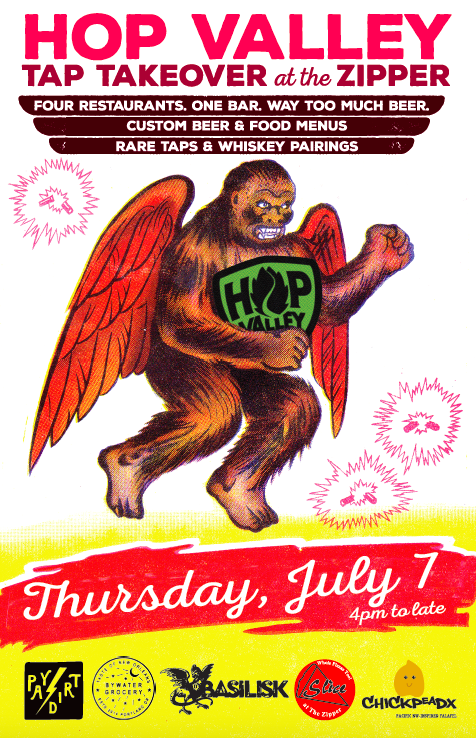 The fun continues when these four beers from Hop Valley are paired with selected food offerings from four of the restaurants that call The Zipper home; Basilisk, Slice, Bywater Grocery, and ChickPeaDX. Each restaurant will be cooking with Hop Valley beer and attendees will be able to pair their beer with a corresponding food item. The pairings are as follows.

And in typical Paydirt fashion, they’ll be pairing whiskeys with each beer selection!