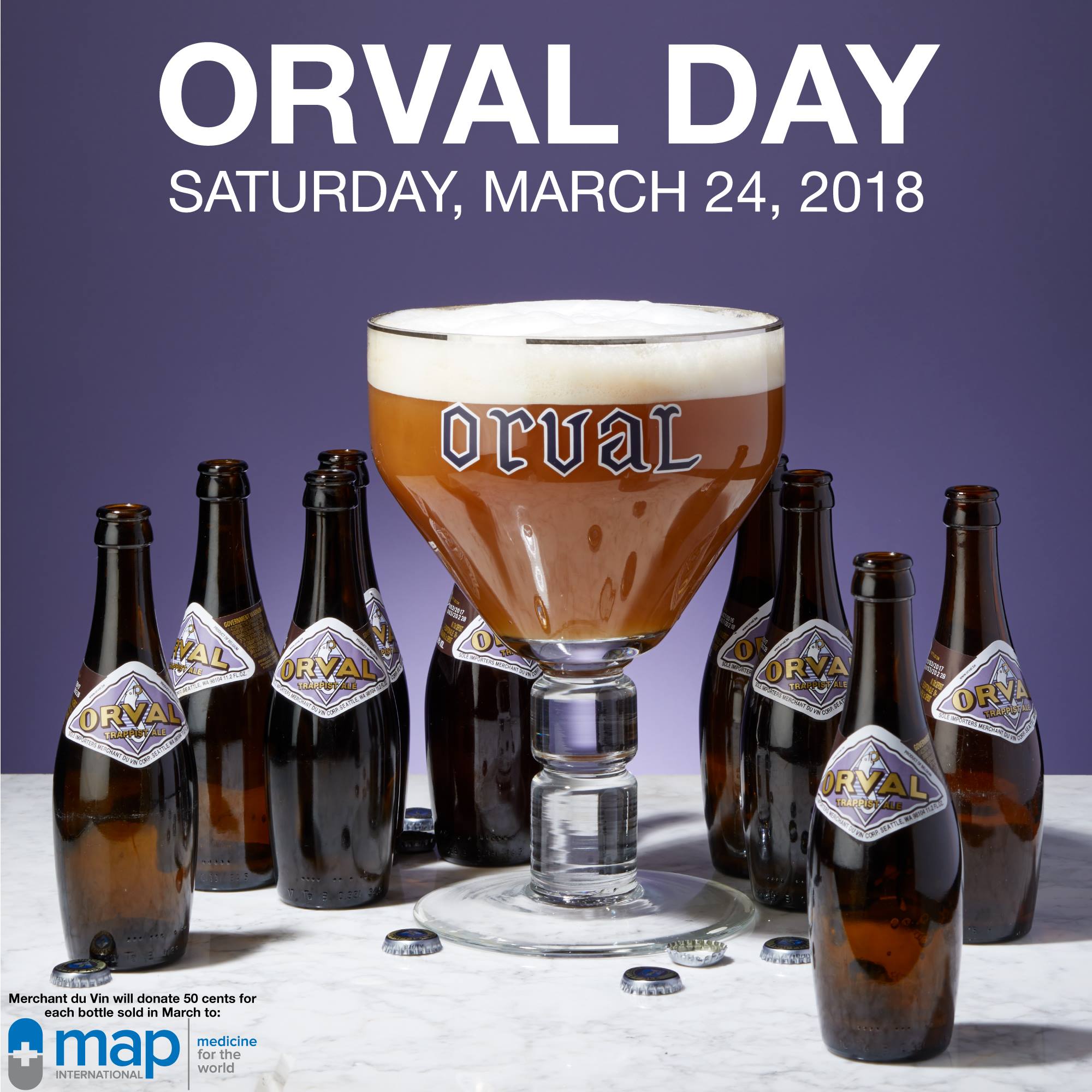 One of the world’s finest ales will once again have an entire day dedicated to it when Orval Day 2018 returns for the third consecutive year on March 24th. Orval Day is a celebration of Orval Trappist Ale.

Orval was the first brettanomyces beer to land on the United States shores. Brettanomyces is a yeast variety that adds appetizing, sharp acidity and dryness to the beer. Imported by Seattle, Washington based Merchant du Vin, the importer continues to expand Orval Day each year since its inception in 2016.

Brewed by one of the only 11 Trappist breweries in the world, Orval sells one and only one beer that is brewed within the walls of Notre Dame d’Orval Monastery in Belgium. Orval is delicious when it leaves the brewery, but also evolves in the bottle for five years or more.

For every bottle of Orval sold during the month of March in the USA, Merchant du Vin will donate fifty cents to its charity partner, MAP International, to help them in their mission of bringing medicine and supplies to people in need. Every dollar donated in cash provides $80 worth of medicine: our goal is a $1,000,000 benefit! 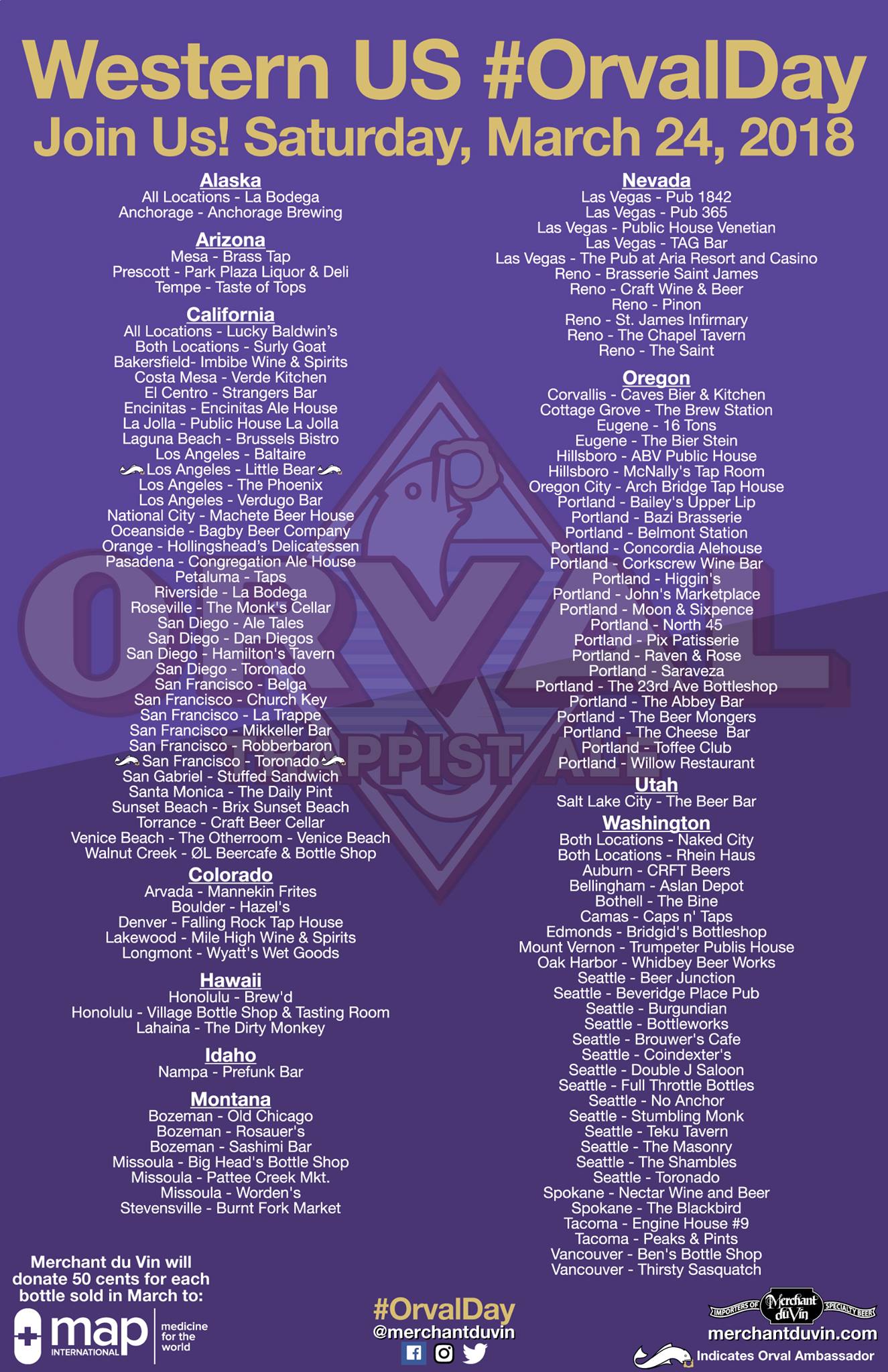