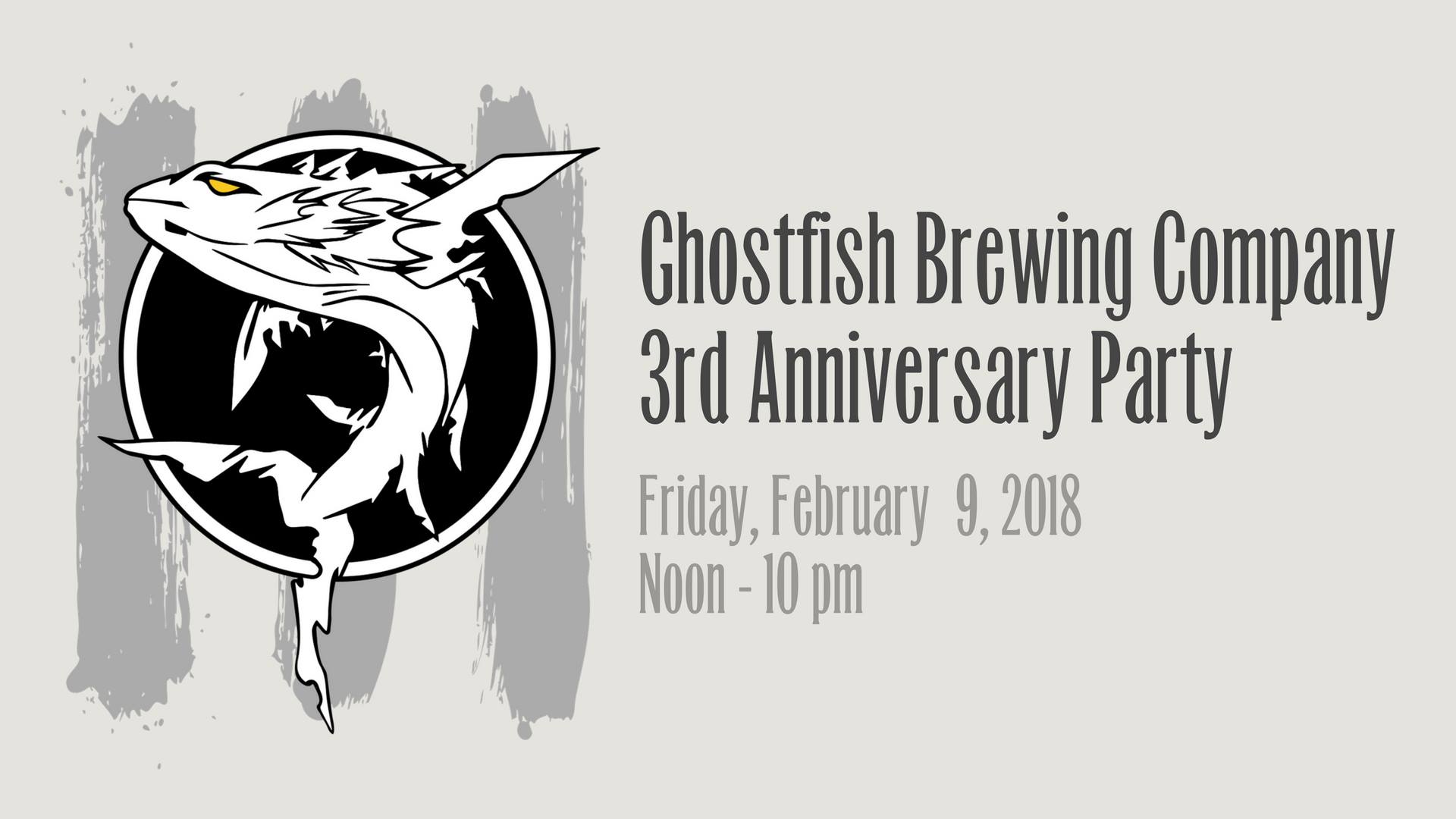 To celebrate three years of brewing gluten free beer in Seattle, Ghostfish Brewing will celebrate with its 3rd Annivesary Party on Friday, February 9th from Noon-10:00pm. The daylong event will feature an anniversary beer release and a special food menu.

Brewed for this anniversary, Ghostfish Brewing will be releasing its limited 3rd Anniversary Smoked & Oaked Imperial Porter on this day. Brewed with buckwheat malt that was smoked over whisky barrel staves and aged over red oak staves, this is a rich, sweet, earthy, and smoky brew. The anniversary beer will be available on tap and in a limited run of 22oz wax dipped bottles signed by a member of the Ghostfish team, and offering discounted case pricing during the party only.

Below are comments from Ghostfish Brewing’s Brewmaster, Director of Sales and Marketing, and Director of Operations on approaching three years of brewing gluten free beer in Seattle.

“When I think back to my early days as a gluten-free homebrewer, I could not have dared to dream that I would ever have access to the variety of gluten-free malts that we have today. The idea of brewing an imperial smoked porter was completely outside the realm of possibility, as were many other styles. Today there are three companies providing over two dozen varieties of safe, high-quality, gluten-free malts, in four different species of grain. Thanks to their efforts and innovation, we can truly brew gluten-free beer without limits, and nothing showcases that better than our 3rd Anniversary brew.” – Brewmaster Jason Yerger

“Our anniversary is always an opportunity to reflect back on all the things we’ve accomplished over the past year and beyond, while also expressing gratitude to everyone who has supported us throughout this journey. We’re fortunate to have an incredible fan base that continues to grow by leaps and bounds and spread the Ghostfish vision. Join us as we raise our glasses to acknowledge three years of Ghostfish beer!” – Director of Sales & Marketing Brian Thiel

“Although we’ve been open three short years, this has already been a five year project at this point. From our early days huddled around a 5 gallon brew pot ‘tea-bag brewing’ and trying to cool our wort in a bathtub or in the Sound–a funny story for another day–it’s been a long, strange trip. I can’t say it’s all been fun and games, but when you stand back and look at the overall accomplishment, it’s very rewarding.” – Director of Operations Randy Schroeder