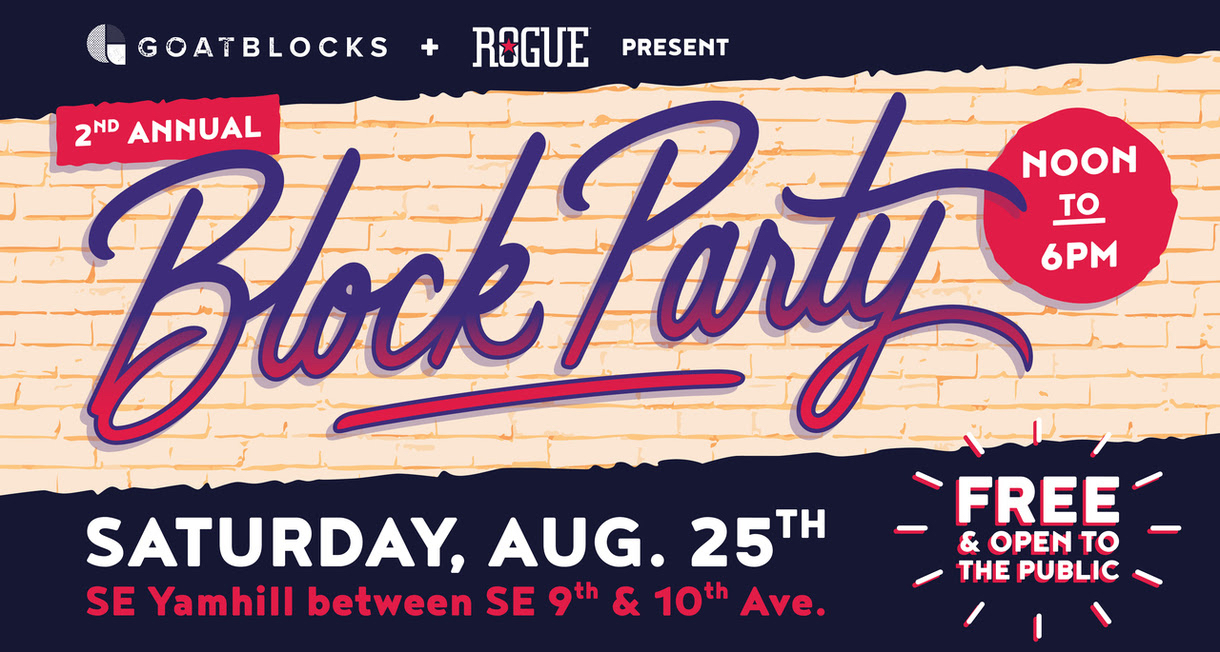 The famous Belmont Goats have been relocated but the area in which they once called home is set to host a block party. The new development named the Goat Blocks along with nearby Rogue Ales presents the 2nd Annual Block Party on Saturday, August 25, 2018.