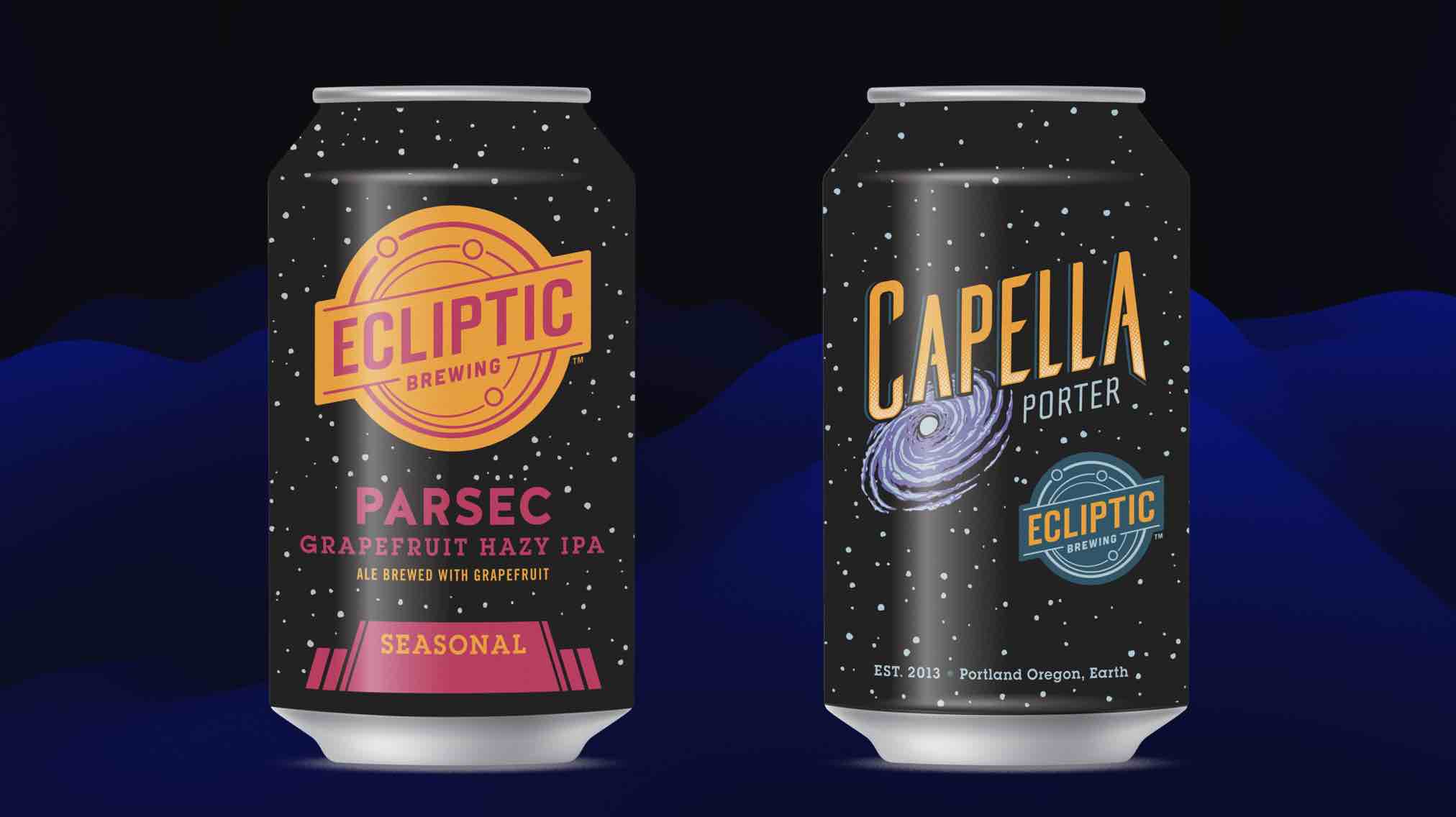 Portland, Oregon. Earth. (January 4, 2022)- Ecliptic Brewing is releasing a new Seasonal Series beer for the winter 2023: Parsec Grapefruit Hazy IPA. The beer will begin shipping January 11th in 12-ounce cans and draft. Additionally, long-standing Capella Porter – part of Ecliptic’s All The Time Series – will make a package shift at the same time, transitioning from 16-ounce can four packs to 12-ounce can six packs.

Says Ecliptic’s Owner and Brewmaster, John Harris, “Sometimes we like to mix up the offerings in our Seasonal Series and keep it fresh! We think a fruited hazy will do well in this lineup.”

In regards to the Capella Porter package change, John says, “We’ve been making this beer since we opened in 2013, and it has a great following. Capella has won many awards – from World Beer Cup to the Oregon Beer Awards. There are not many porters in 12-ounce cans, so I think this change will make it more consumer friendly.”

Parsec Grapefruit Hazy IPA will be released in both draft and 12-ounce cans throughout Ecliptic Brewing’s distribution network on January 11th. Capella Porter will begin making its transition to 12-ounce cans at the same time. Visit Ecliptic’s website for up-to-date details on potential release events.

About Capella Porter
Capella is a bright star with chocolate and caramel notes and just a touch of roast. A collection of American hops brighten this lively porter.
ABV: 5.2%
IBU: 39