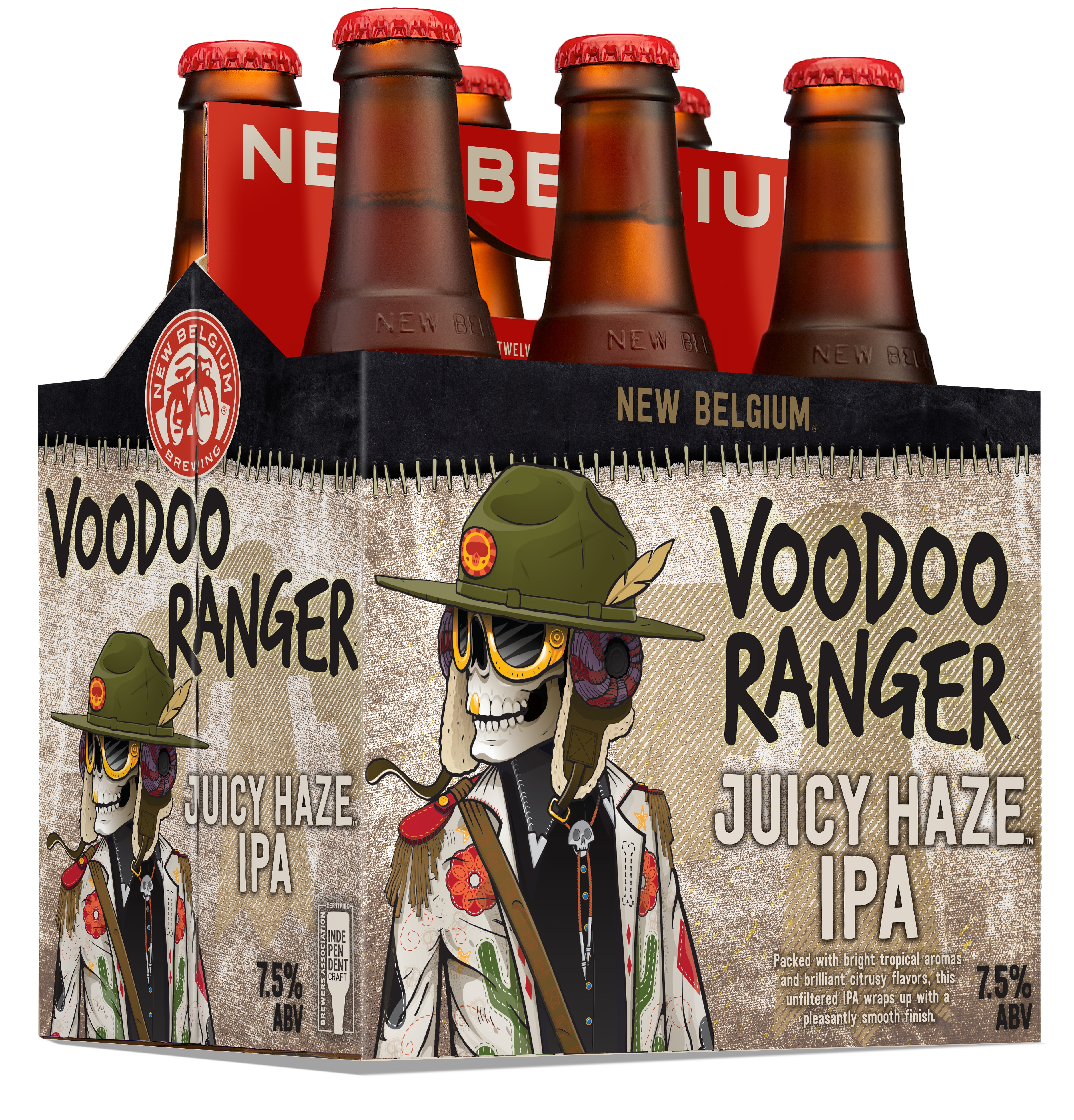 Even the larger brewers are joining the haze craze. New Belgium Brewing is the latest brewer to enter the Hazy IPA market with its new Voodoo Ranger Juicy Haze IPA.

A medium bodied, unfiltered IPA, Juicy Haze IPA is packed with tropical aromas and big citrus flavors that is a result of the blend of Citra hops combined with Cascade, Centennial, Simcoe and Nugget.

“It’s no secret that hazy IPAs are incredibly popular right now and New Belgium is the perfect brewery to roll this out on a national scale without compromising quality,” said New Belgium Brewer, Cody Reif in a statement. “With more than 10 years brewing unfiltered beers and the ongoing success of our hoppy portfolio, Juicy Haze continues our tradition of pushing boundaries while making creative and innovative beers.”

Juicy Haze IPA is currently available in 12oz. bottles and on draft. Four-pack 16oz. cans will be available beginning in March 2018. To find Voodoo Ranger Juicy Haze IPA, along with other beers from New Belgium, visit the Beer Finder or download the Beer Mode app.