Named after her great grandfather’s farm, Christine Walter began Bauman’s Cider in 2016. Now a few year’s later the cidery from Gervais, Oregon has begun bottling two of its offerings – Clyde’s Dry and Loganberry Cider. These new 500mL bottles are now available at Bauman’s Farm and Garden as well as stores, bars and bottle shops through the Portland-Salem metro area.

“We wanted to bottle Clyde’s Dry first as a tribute to my Grandpa Clyde who played such a significant role in the richness of Bauman Farms.” said Christine Walter, owner and head cider maker at Bauman’s Cider in a statement. “The demand for our Loganberry cider on draught has been so great that it was a natural choice for this first round of bottling. It has such an interesting flavor, we are excited to bring it to a wider audience with the bottles.” 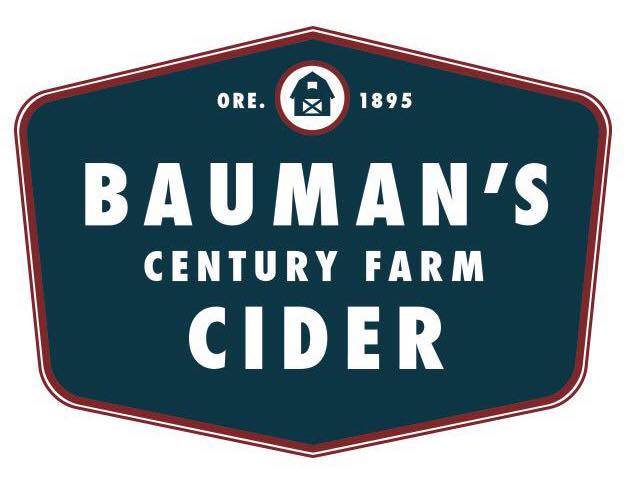 Clyde’s Dry
Clyde’s Dry is named after Clyde Bauman, who was born in 1921 on the farm where he would live his entire 92 years. Clyde’s Dry cider is our tribute to his life and his love of the farm. It is a blend of more than a dozen varietals, including sweets and sharps grown on the family farm and loved by Clyde, farming until his very last days. It draws its tannic character from the blend and the addition of some locally-picked Crab apples. 6.9% ABV

Loganberry Cider
Loganberries are generally one of the first berries of the season and make this a sweet, fruity cider. Logans are a hybrid between a blackberry and a raspberry and aren’t picked with a machine as they are too delicate and soft, and those attributes come out in the cider as a sweetness from start to finish. 6.0% ABV