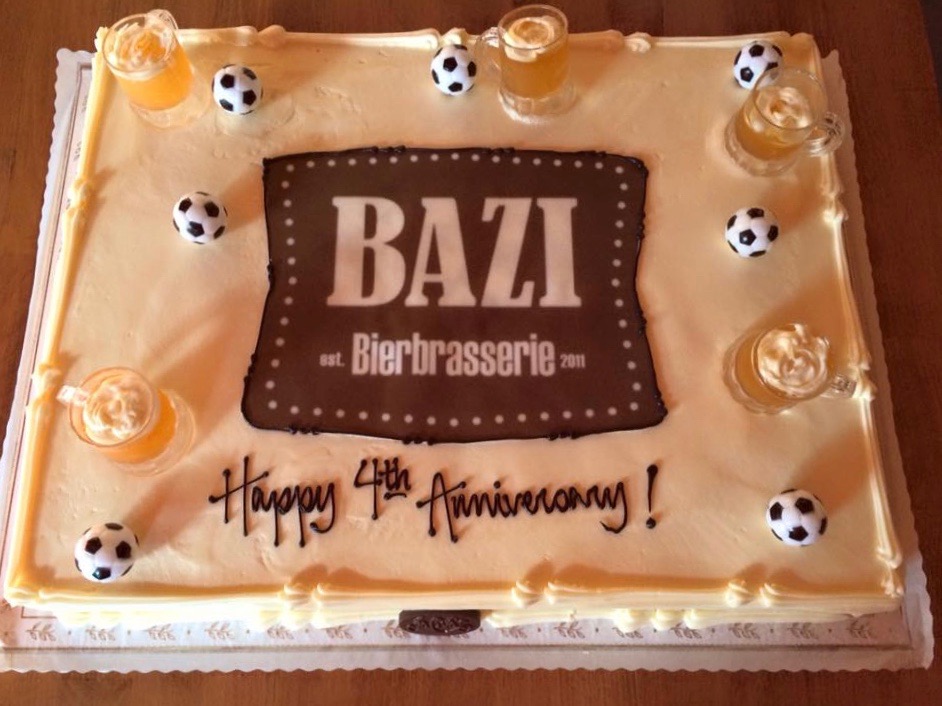 Five years ago Hilda Stevens took a chance and opened up Portland’s first dedicated Belgian Beer bar. Now a half decade in, Bazi Bierbrasserie is one of the more popular beer destinations along Southeast Hawthorne. On Friday, May 27, Bazi will welcome its friendly patrons to celebrate its 5th Anniversary with Stevens and her staff from 5:00 to 11:00pm.

For the 5th Anniversary celebration there will be raffle prizes including a Delirium Tremens soccer ball, a DJ spinning some Euro tunes, and a beer list that includes the official 5 Year Anniversary Quad brewed in collaboration with Upright Brewing. And of course there will be cake! The official cake and toast will take place around 7:30 pm.

Cascade Barrelhouse Cherry Bourbonic Plague, 2012 – Blend of strong dark porters aged in oak, wine and Bourbon barrels, then blended with a dark porter that had been brewed with vanilla beans and cinnamon. The blend was then aged an additional 14 months on dates. 11.5% ABV

Double Mountain Pale Death Imperial IPA – Aromas of ripe kiwi, mango, and pineapple consort with the coriander and orange peel of the Ardennes yeast. A noticeable bitterness hangs in balance with a hint of malt sweetness hiding in the vast, pale orange foundation. 9.5% ABV

There will also be some Belgian classics that inspired it all including Tripel Karmeliet, St Bernardus, Delirium Tremens, Bosteels Kwak, Chimay Doree, and La Trappe Bock.