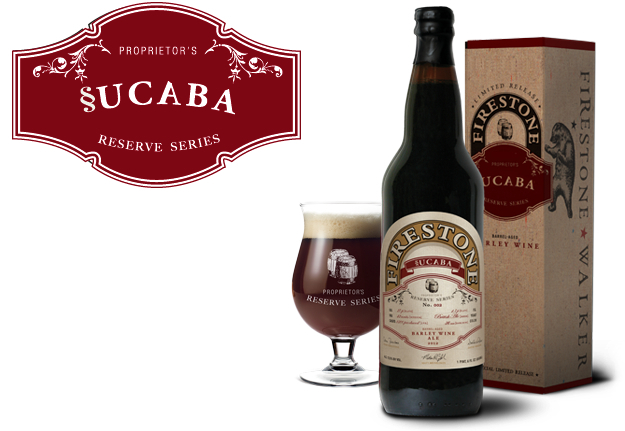 Paso Robles, CA—Firestone Walker Brewing Company is set to release its first Proprietor’s Vintage Series beer of 2014 with the return of §ucaba, a barrel-aged English barleywine that remains confoundingly unpronounceable yet eminently drinkable.

§ucaba was one of the first components created as part of Firestone Walker’s annual barrel-aged Anniversary Ale blend starting in 2006. It is now a mainstay in the brewery’s Proprietor’s Vintage Series, which is reserved for limited-production vintage beers aged in oak barrels for a year or more.

Longtime fans know §ucaba by its original name, which was undone by a legal challenge. It has been several years since Firestone Walker reversed course and changed the name to §ucaba, but who’s counting?

Aging: Barrel-aged for one year on average in retired Bourbon barrels

Cellaring:
§ucaba is built to last and will reward careful cellaring (ideal aging temperature: 45F) for years to come. We recommend counting the years with an abacus.