As previously mentioned, Bend Brewing Company‘s Tonya Cornett was invited to represent the USA and Oregon at J.D. Weatherspoon’s  International Ale Festival in England. Cornett, the first ever woman to represent any country at the event, brewed a Northwest amber ale dubbed Wild Blue Yonder.

Bend Brewing is encouraging all of you who take great pride in Oregon’s finest brews to get online and vote for Tonya’s beer as the festival’s best. As things stand on Charlie Papazian’s Beer Examiner poll, Ashville, North Carolina is beating Portland out as best beer city in the United States. How can this be?  Don’t let those other lackluster beer producers knock Oregon off the mountaintop of beer. You can give Tonya’s amber ale your vote at www.jdwetherspoon.co.uk.

Now it’s your chance to make sure that her Wild Blue Yonder Oregon Amber wins the festival’s top prize! The hoppy amber is up against 50 of the world’s best guest ales, according to the J.D. Wetherspoon Web site.
Between today and Monday, May 4, anyone can cast their vote at www.jdwetherspoon.co.uk. Click on the International Real Ale Festival and make your choice. You don’t have to try the beer first, but it will be on tap at Bend Brewing Co. beginning the last week of this month should you want to taste this excellent hoppy amber.
“This is a great opportunity to showcase American craft brewing, and a win would open the door for other American brewers to have the same opportunity,” says Cornett.
Cornett was the first-ever female brewer to be invited to participate in the event and the only representative from the United States this year. “I was thrilled and honored to be included,” says Cornett, who has already been invited back to the U.K. to brew again in the future.
325 barrels (over 10,000 gallons) of Wild Blue Yonder were brewed (with American hops!) in two days during Cornett’s U.K. visit. The beer will be distributed at J.D. Wetherspoon’s over-700 pubs.
Cornett has been with Bend Brewing Co. since 2002 and is a graduate of the World Brewing Academy of Germany, a partnership between Seibel Institute of Chicago and Doemens Academy of Munich. In recent years she has garnered several gold, bronze and silver medals for her beer and in 2008 was honored as the first woman to win the title of Brewmaster of the Year at the World Beer Cup. 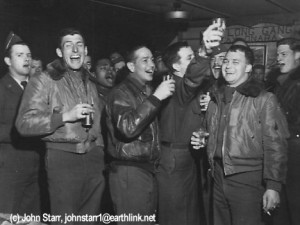