The year 2009 if finally here and there is so much to look forward too.  New seasonal releases, the fresh hop harvest, beer excursions. Here is a brief list to get you excited: 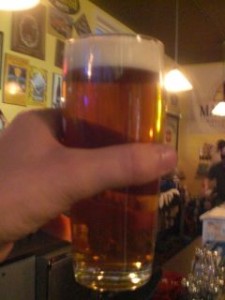 Here is a list of either new places opening or ones that recently opened that will need to be experienced:

Everybody’s Brewing in White Salmon, WA. Located across the river from Hood River, OR this new brewpub opened it’s doors not to long ago (maybe about a month or so). The menu consists of local cuisine and house brewed beers.

Pale Horse Brewing opening in Salem, OR. Not a lot to be said on when this place is opening or opened but next time your in the Salem area it may be worth a drive by to check out the place. Their address is 2359 Hyacinth St. NE, Salem, OR.

Vertigo Brewing in Hillsboro, OR is up and brewing and soon you can expect to see their beers around town. Currently, in Hillsboro, Vertigo’s flagship beer, “Friar Mike’s IPA” is on tap at O’Briens Pub. Rumor has it that Bailey’s Taproom should be getting a keg of Vertigo soon.

Upright Brewing in Portland, OR will open it’s production facility this year. So what style of beers can you expect to see from Upright. Alex Ganum, owner/brewer, will focus on “rustic French and Belgian style farmhouse brewing with the positive energy and downright beautiful ingredients the Pacific Northwest offers us.” These beers will be an exciting new addition to the the Portland brewing scene.

Brewtal Brewing in Bend, OR will be central Oregon’s eighth brewery to open. The brewery hopes to have it’s first keg by Spring of 2009. Tony Lawrence, owner/brewer,is a former Deschutes Brewer who later formed a brewery construction and consulting business. 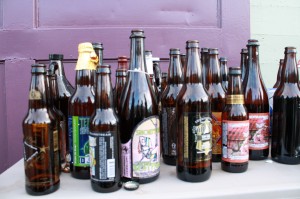 Oregon is finally catching up with the times! Like neighboring states, California and Washington, Oregon has implemented a statewide Smoking Ban. Now all though beer geeks will be able to truly enjoy their beers at places like Horse Brass, Moon and Sixpense, Rock Bottom, etc. without the taste and smell of smoke interfering with the experience.

Bottled water deposit. Perhaps the greatest scam of our lifetime is now being taxed.  When we’ve got Bull Run over our shoulder, the idea of using tons of petroleum (plastic) for a drinkable water source is ludicrous.  Dasani is currently bottling the Willamette River in their newly open Wilsonville plant.  Granted it is filtered and treated, but, how gross is that?

Who doesn’t enjoy a good beer fest? Living the PNW we probably have more then our fair share of them, too. The first fest we have to look forward to is the KLCC Microbrew Fest in Eugene, OR on February 6 and 7, 2009. All proceeds of the event go to Eugene’s local public radio station KLCC 89.7 FM.  Next up we have the Lucky Lab Barleywine and Big Beer Fest (March). What a way to end winter. Check back for more details on this one.

A trip to the Chicago area is in the works. While there, we expect to visit many breweries and pubs like The Map Room and Goose Island. Of course, a trip to this region of the United States would not be complete without a visit to near by Muncie, IN to the Three Floyds Brewery and New Glarus, WI.

2009 will also mark a first time experience of the Great American Beer Festival in Denver, CO. 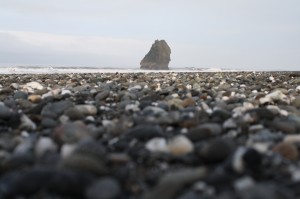