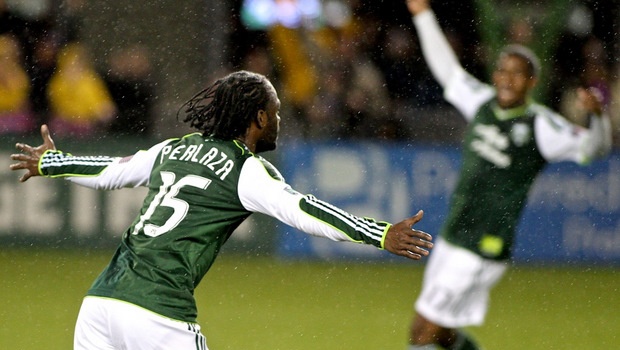 What more could you ask for if you live in the best city in the United States? Like great beer? Check. So here it is. The Portland Timbers Football Club made a big impression on their home opener at Jeld Wen Field. A nice little win over the Chicago Fire amidst a soggy rainy evening kicked off by fireworks.

After helping with the bottling of Cascade’s Apricot Ale, we settled at the Barrel House bar to enjoy pints of the Portland Ale, where Timbers loyal got pumped up for the team’s first home match. At the sour spot, local beer heroes such as barkeep Phil “Biscuit” Timperman and legendary former Rock Bottom Brewmaster Van Havig geared up for a big night at the pitch. 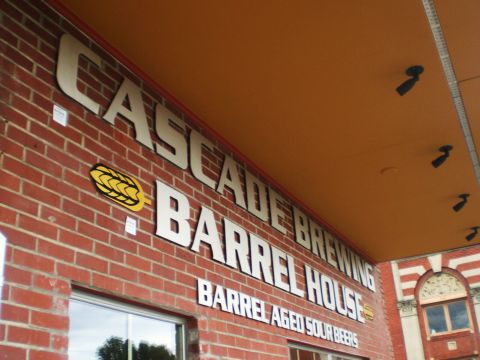 Still pre-game, we visited the Green Dragon Pub & Bistro for a special meet the brewer night with Oakshire‘s Matt Van Wyk. Matt was promoting the May 7th release of his Eugene brewery’s Hellshire Barleywine. Lots of big beer geeks were in the house including on this night with highlights such as Heart Shaped Box barrel-aged chocolate vanilla stout, Axe of Perun Baltic Porter, and the Ambient Noise Strong Ale. Ninkasi’s Jamie Floyd and Oregon Brewers Guild  director Brian Butenschoen were hanging out as were several prominent members of Oregon’s craft beer faithful. 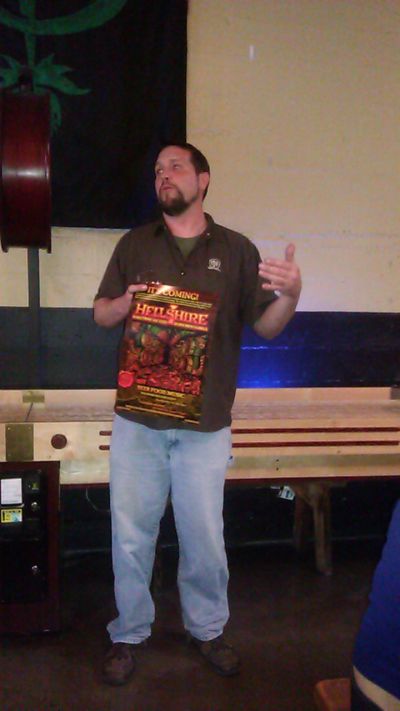 We watched the Timbers match from The BeerMongers over sips of Midnight Sun Imperial Stout, Hop Valley Alphadelic IPA, and 21st Amendment Back In Black CDA.Barkeep/beer geek Josh Grgas swept up a broken pint and mopped up some spilled beer after a gratuitous celebration by one of the many pumped Timbers Army devoted. Mascot Timber Joey had his hands full and saw busy for this feel good occasion.

Just another night in the life. Great to see Portland, Oregon end up on top again.