For its very first can release Gigantic Brewing collaborated with Other Half Brewing from New York City on Powder Green Tuxedo IPA. The beer will be available today at Gigantic’s Tasting Room in Southeast Portland.

Last month Sam Richardson from Other Half Brewing traveled to Portland to brew the beer with Gigantic. Sam was raised here in Portland, so the name of the beer is a nod to his “homecoming”.

Powder Green Tuxedo IPA is loaded with juicy Callista, Citra and Crystal hops with plenty of wheat and oats tossed in. At 7.5% ABV this new IPA will be one for fans of the “trendy” New England style IPA. 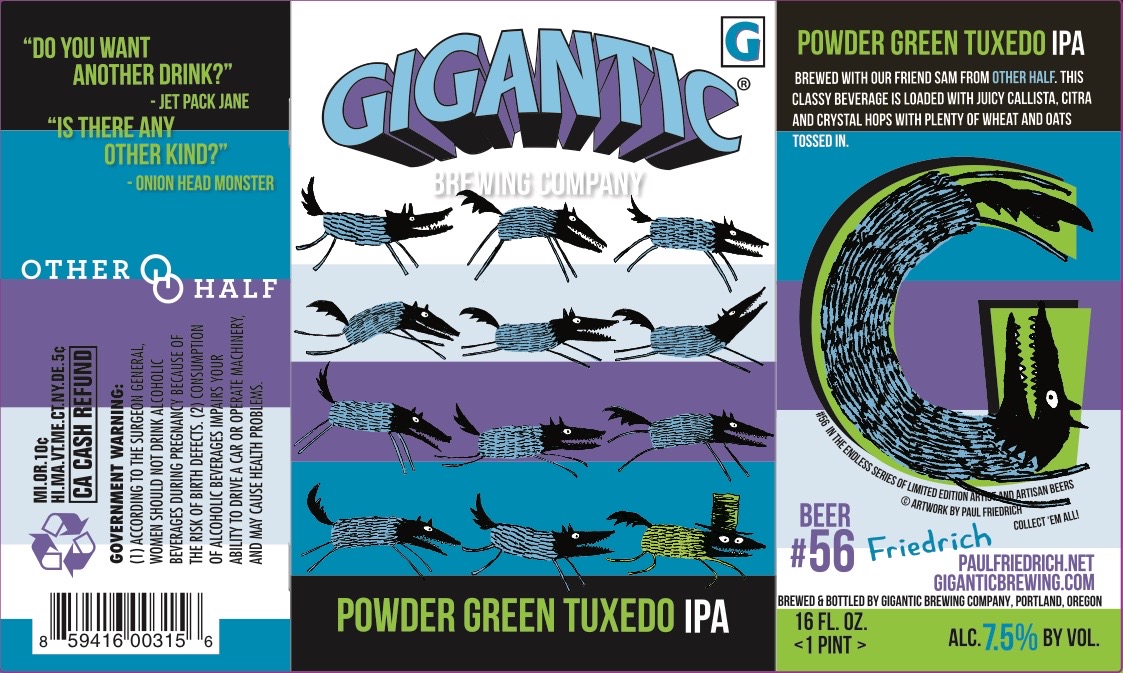 With only 118 cases packaged this beer will not be around for a long time. Powder Green Tuxedo IPA is available in 16 ounce 4-packs for $16.00 and limited draft. Beginning next week a limited number of cases will be shipped to retailers in the Portland.