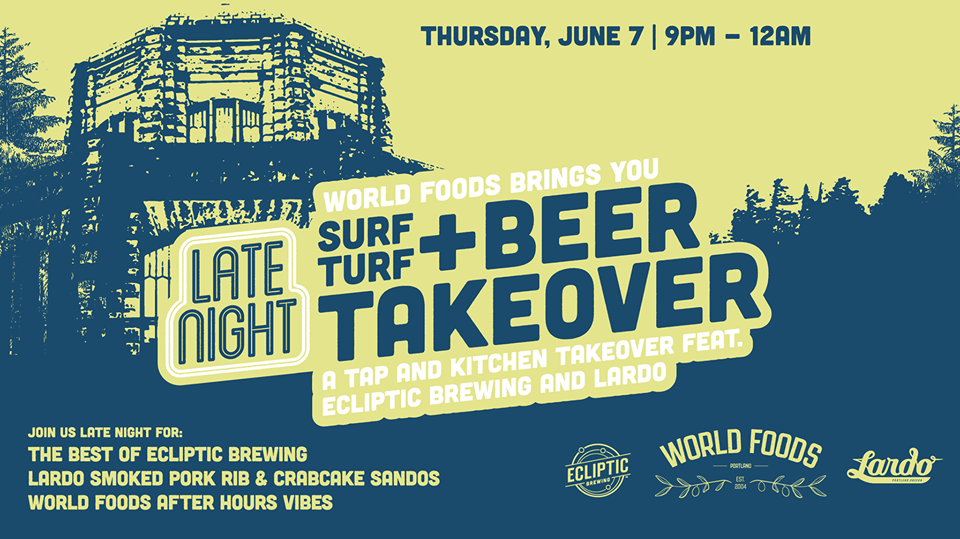 World Foods Portland continues with its Late Night series of food and beer events with its next event that will take place tonight. Late Night Surf & Turf + Beer will bring together Lardo and Ecliptic Brewing.

No cover, just pay as you eat and drink!