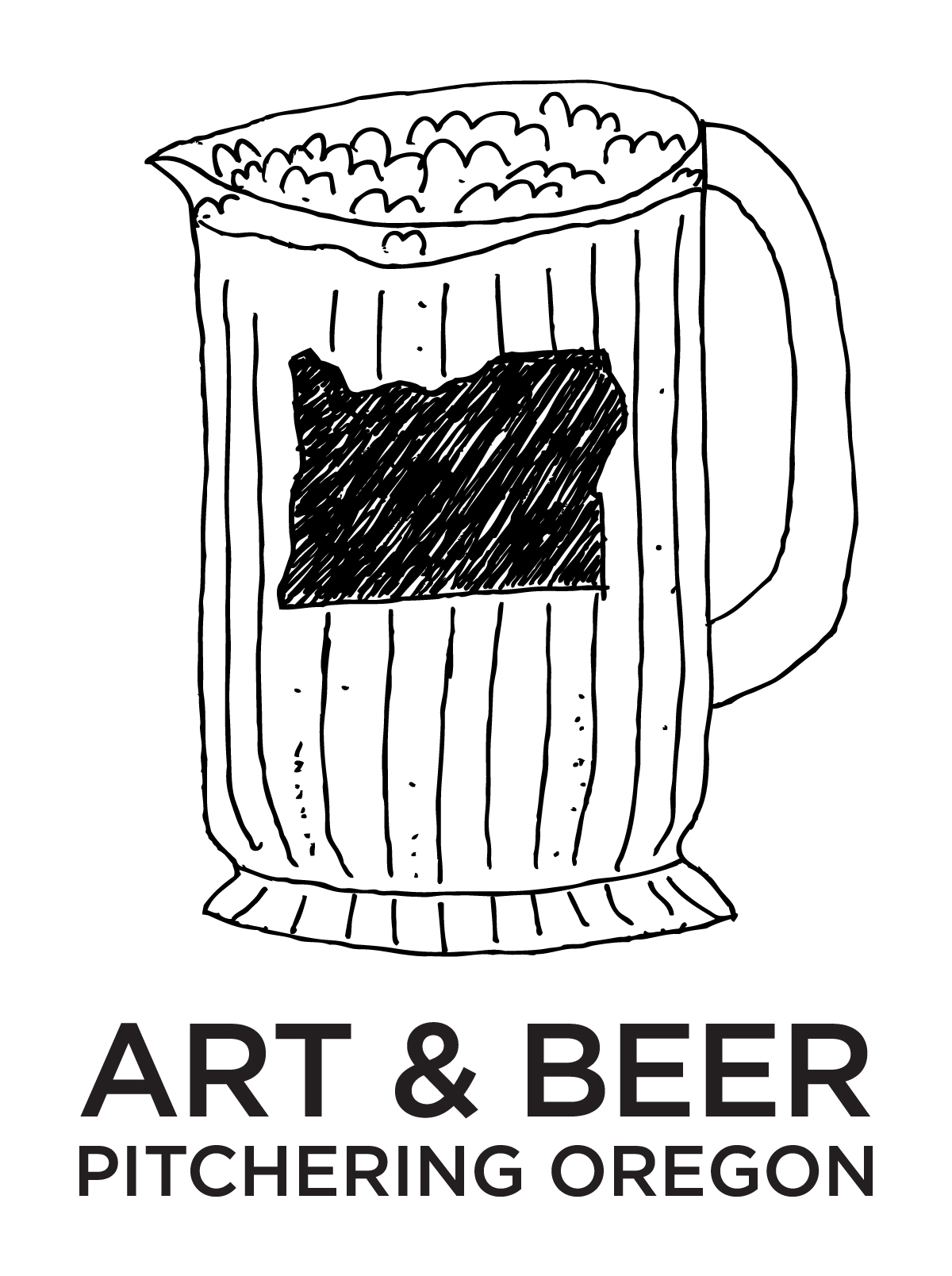 Art & Beer: Pitchering Oregon is a statewide exploration of landscape, art, place, and history, through the lens of Oregon craft beer and cider making. The event will bring together 18 different pieces of artwork from the museum’s permanent collection, each paired with an Oregon brewery or cidery. The artwork that is all part of the similarly titled exhibition Picturing Oregon, features Oregon landscapes from Greater Portland, the Coast, Willamette Valley, the Columbia River Gorge/Mount Hood, Central, Eastern, and Southern parts of the state. This exhibition is currently on view in the Northwest galleries.

Brewers and cider makers from each of these regions are creating one-of-a-kind beers and ciders that are inspired by the artists and the surrounding landscapes represented in the chosen selected artworks. 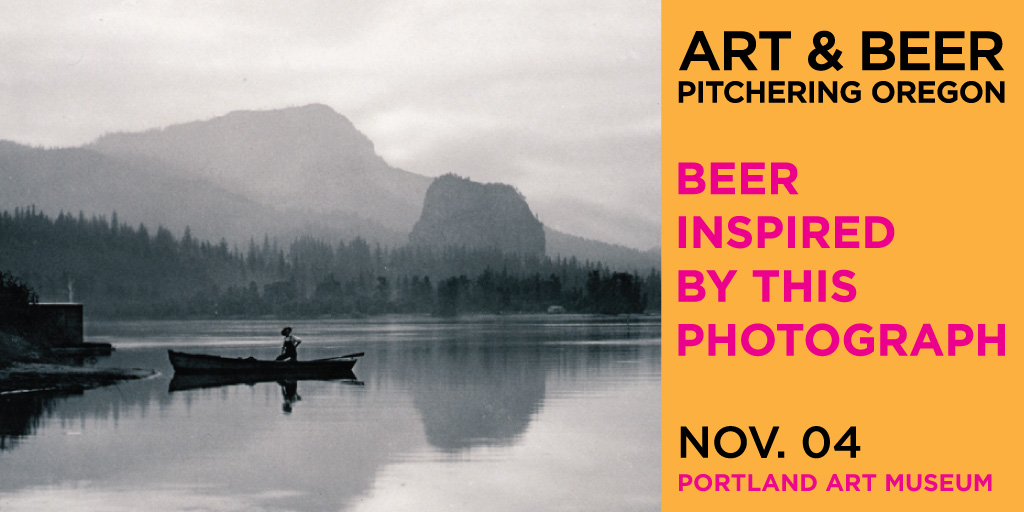 If you missed the sold out Art & Beer event three years ago we highly recommend attending this year. Tickets are now on sale and can be obtained by clicking here.

“With Art & Beer: Pitchering Oregon, we are once again experimenting with the dIfferent ways works of art can be interpreted and experienced at the Museum,” said Stephanie Parrish, Portland Art Museum Associate Director of Education and Public Programs. “Since our first Art & Beer event with artist Eric Steen in 2009, we’ve seen how bringing the creativity of brewers into conversation with works of art is an incredible springboard for experimentation in both the beer and art museum worlds.”

Of the 18 featured works of art, 12 will be coming out of Museum storage and shown exclusively at this event. The Museum’s entire catalog of art depicting Oregon landscapes and places is available for viewing in the Museum’s Online Collections (Picturing Oregon).

What will some of these Oregon art-inspired beers and ciders look, smell, and taste like? A few examples include:

“Art & Beer: Pitchering Oregon will be an extraordinarily unique beer event,” said Oregon-based artist and founder of Beers Made By Walking, Eric Steen. “It brings together breweries from the coast to the valley and to the easternmost reaches of Oregon for the purpose of reinterpreting artwork of our beautiful state. I love that the Portland Art Museum continues to actively pursue building connections between their collection and the craft that has made this state the best beer region in the country!”

What: General Admission to Art & Beer: Pitchering Oregon includes museum admission, a commemorative glass, an art/beer program booklet, and 10 tasting tokens (each token = one 3 ounce pour). Attendees will choose from 16 beers and two ciders crafted just for the event and inspired by artwork from the Picturing Oregon collection.

In addition to the grand tasting, the event includes a variety of interactive elements including: informal brewer and curator chats alongside the featured artworks, museum docent tours of beverage-themed works of art, a sensory/smell experience highlighting local/regional ingredients that went into making some of the beers, and even Super 8 film processing demonstrations using different types of beer led by the NW Film Center.

The special VIP Brewers Brunch includes the Art & Beer event elements outlined above along with a hearty buffet brunch, early access to the beer, cider and artwork, and lively presentations from participating craft brewers and curators in a more intimate setting. 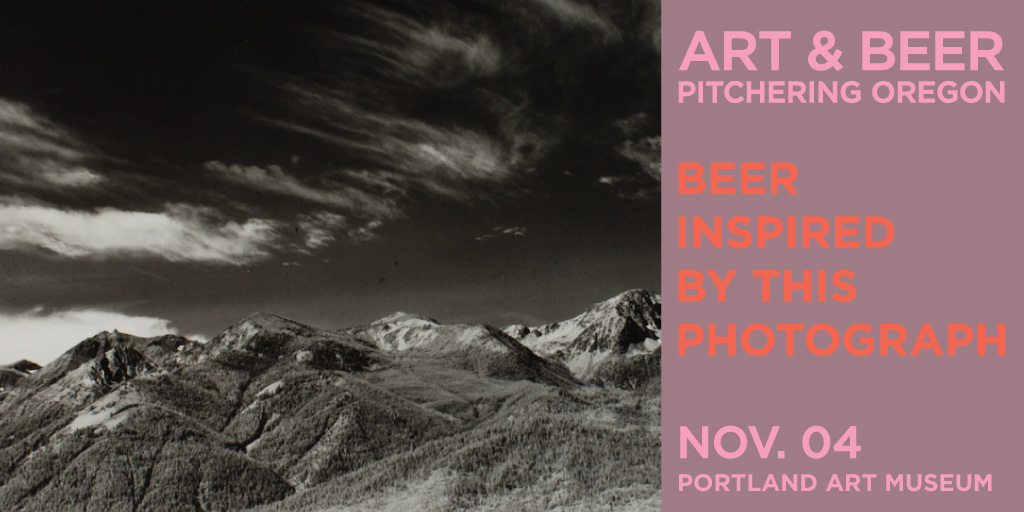 Who:  18 brewers from seven regions around the state will present their original beers and ciders and give short talks at designated times.

NOTE: The beer tasting portion of the event is only open to those 21 and older. The Museum galleries are open to all ages ($19.99 general admission or free for Museum Members).

About the Portland Art Museum
The seventh oldest museum in the United States, the Portland Art Museum is internationally recognized for its permanent collection and ambitious special exhibitions drawn from the Museum’s holdings and the world’s finest public and private collections. The Museum’s collection of more than 45,000 objects, displayed in 112,000 square feet of galleries, reflects the history of art from ancient times to today. The collection is distinguished for its holdings of arts of the native peoples of North America, English silver, and the graphic arts. An active collecting institution dedicated to preserving great art for the enrichment of future generations, the Museum devotes 90 percent of its galleries to its permanent collection. The Portland Art Museum recognized both Native American art and Photography as fine art years earlier than peer institutions, with a commitment to collection in these areas and the dedication of permanent galleries for displaying the work. This ongoing commitment is demonstrated in the arc of Native American exhibitions in 2016 and 2017 and a new space for showcasing Contemporary Native Art.

The Museum’s campus of landmark buildings, a cornerstone of Portland’s cultural district, includes the Jubitz Center for Modern and Contemporary Art, the Gilkey Center for Graphic Arts, the Schnitzer Center for Northwest Art, the Northwest Film Center, and the Confederated Tribes of Grand Ronde Center for Native American Art. With a membership of more than 22,000 households and serving more than 350,000 visitors annually, the Museum is a premier venue for education in the visual arts. For information on exhibitions and programs, call 503-226-2811 or visit portlandartmuseum.org.

The Portland Art Museum welcomes all visitors and affirms its commitment to making its programs and collections accessible to everyone. The Museum offers a variety of programs and services to ensure a quality experience and a safe, inclusive environment for every member of our diverse community. Learn more at portlandartmuseum.org/access.The press kit for Art & Beer: Pitchering Oregon is available online at this link.

About Eric Steen
Eric Steen is an artist, award-winning teacher, and Marketing Manager at Hopworks Urban Brewery. He is the founder of Beers Made By Walking, a program that invites brewers around the country to make beer inspired by plants found on regional hikes. He has created art for Performa, Food Book Fair (NY), Glasgow International Festival of Visual Art (UK), Denver Beer Week during the Great American Beer Festival (CO), and more. His work has been featured on NPR, The Wall Street Journal, Outside Magazine, and in 2015, Imbibe Magazine named him one of “75 people and places that will change the way you drink in 2016.”