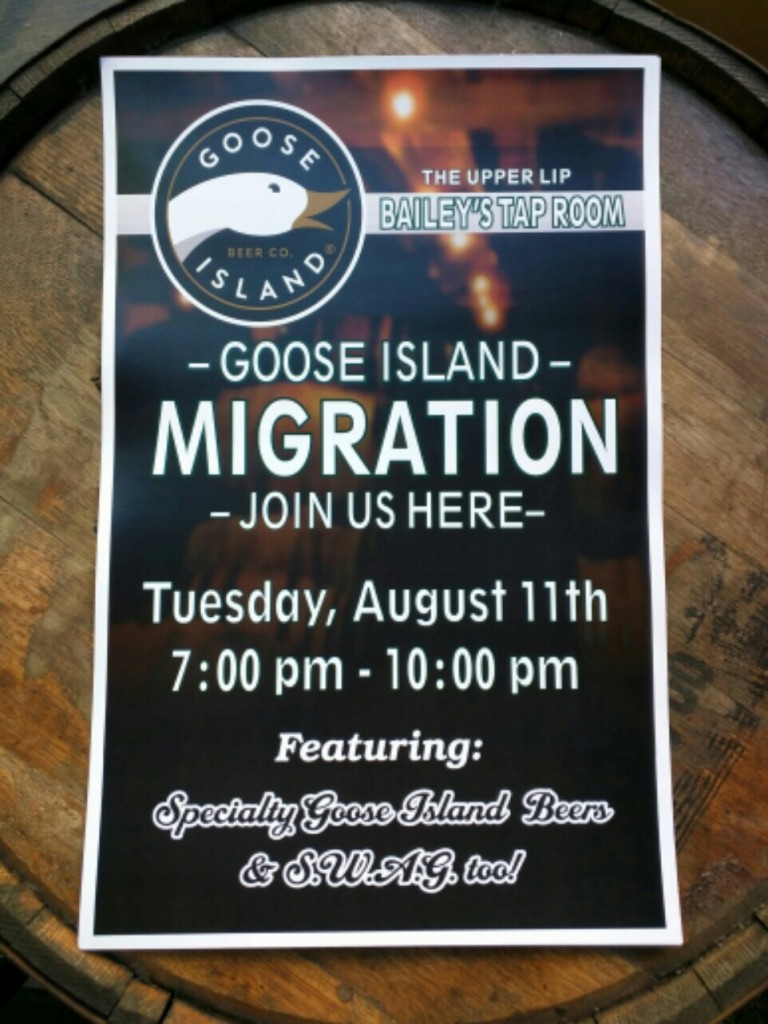 As Chicago based Goose Island Beer Co. takes over Portland area beer bars over the next few days during its annual Migration Week one of the highlights will be Brewing with Barrels, Goose Island and Friends Q&A taking place tonight, August 11th, at The Upper Lip just above Bailey’s Taproom in downtown Portland.

After a successful launch to Migration Week last night at Tin Bucket where the beer line extended out the door and to the neighboring condo building, tonight’s featured event at The Upper Lip will bring a rare opportunity to hear a couple of brewers speak about what it takes to barrel-age beer. Tonight’s seminar will be part of the entire evening’s Celebration of Beer event that will take place from 7:00 to 10:00pm. 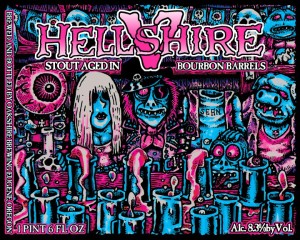 Then from 8:00 to 9:00pm is when Brewing with Barrels, Goose Island and Friends Q&A will take place at The Upper Lip. This portion of the evening will feature an intimate Q&A with, Eric Ponce from Goose Island and Matt Van Wyk from Oakshire Brewing.

Ponce heads up the Barrel-Aging program at Goose Island. He will bring a wealth of knowledge to the patrons of The Upper Lip. Ponce began his professional brewing in our 49th state at Alaskan Brewing Co. in Juneau, AK. He loved every aspect of the brewery and living in Alaska and there he found a passion in Brettanomyces and wood aging. From there he decided to travel to Belgium for some months to work with Belgian brewers to learn all that he could at the source of wild beers. While in Europe he attended Versuchs –und Lehranstalt fur Brauerei in Berlin to study Fermentation Science, Engineering and Malting. After graduation, he had the pleasure to work with Chad Yacobson at Crooked Stave in Colorado and Tomme Arthur at Lost Abbey in California before relocating to Chicago, Illinois to take the Senior Brewer Barrel Program position at Goose Island. Over the past three years Ponce has been heading up the program that has defined barrel aging here in the United States.

Learn all the stories behind the art of the brewing, aging with barrels and all the methods from the people that know it best. For tonight’s event the doors at The Upper Lip will open at 7:00pm and entry is free.