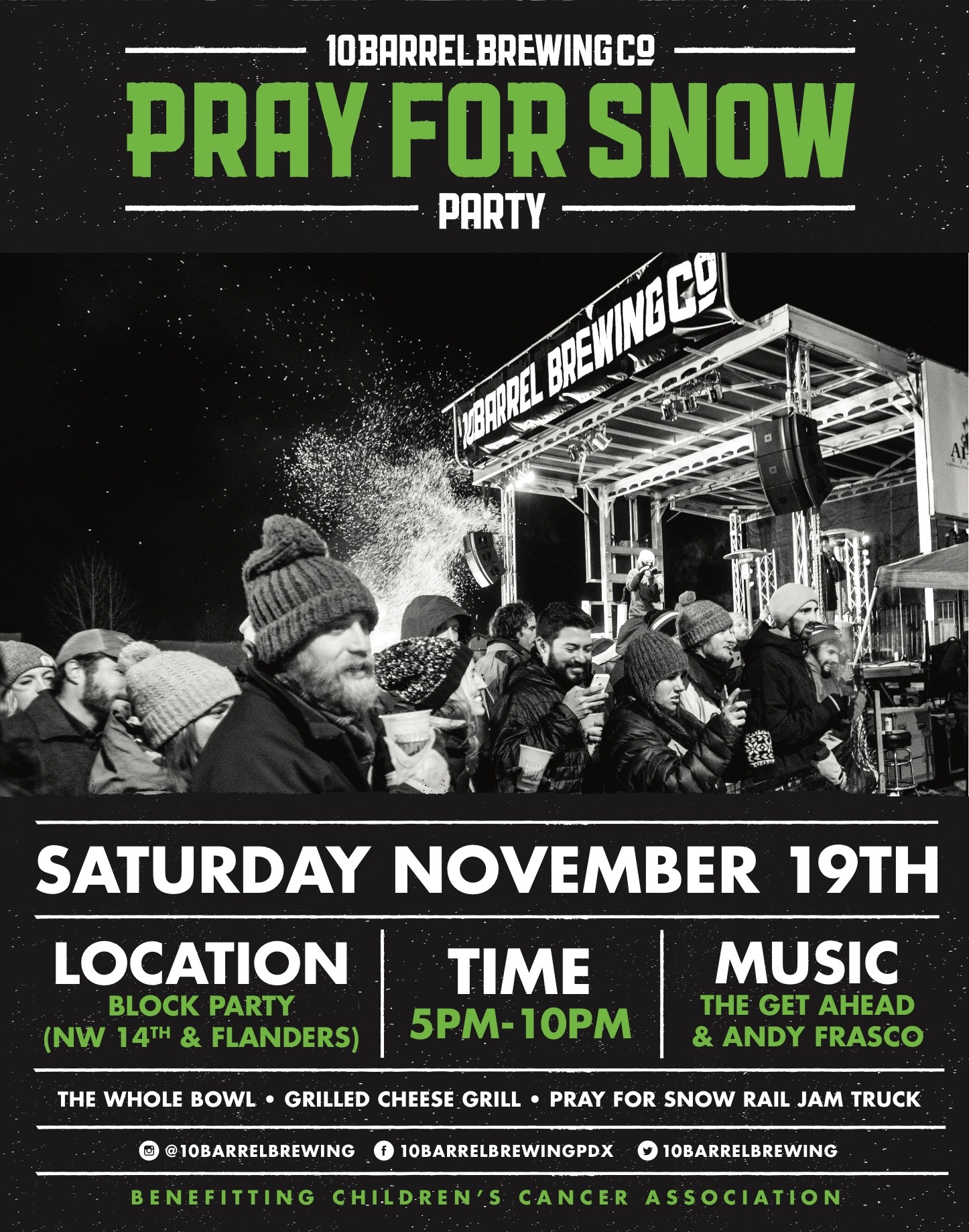 With the snow coming down in the Cascades, its time to continue to pray for snow as we welcome in the 2016 ski and snowboard season. On Saturday, November 19th, 10 Barrel Brewing will host its 2nd Annual Pray for Snow Party outside its pub in Portland’s Pearl District. From 5:00 to 10:00pm, 10 Barrel will host an evening of all ages’ fun that includes rail jams, live music, giveaways, food and beer. Best of all entry is free!

After last year’s overflowing crowd on NW Flanders in front of 10 Barrel, this year the Pray for Snow Party will expand to the neighboring streets on Flanders between 14th and 15th and on 15th between Everett and Glisan.

Returning this year is the 10 Barrel Rail Jam Truck where they’ll be offering two $300 cash prizes to the best skier and best snowboarder. Wannabe participants can sign up here: http://www.10barrel.com/prayforsnow.

Food carts will be on hand that includes The Whole Bowl and Grilled Cheese Grill. Live music will be provided by The Get Ahead at 5:30 and then are followed by Andy Frasco and the U.N. at 8:00.

And for those of you in Bend, 10 Barrel Brewing will host the Bend edition on Friday, November 25.