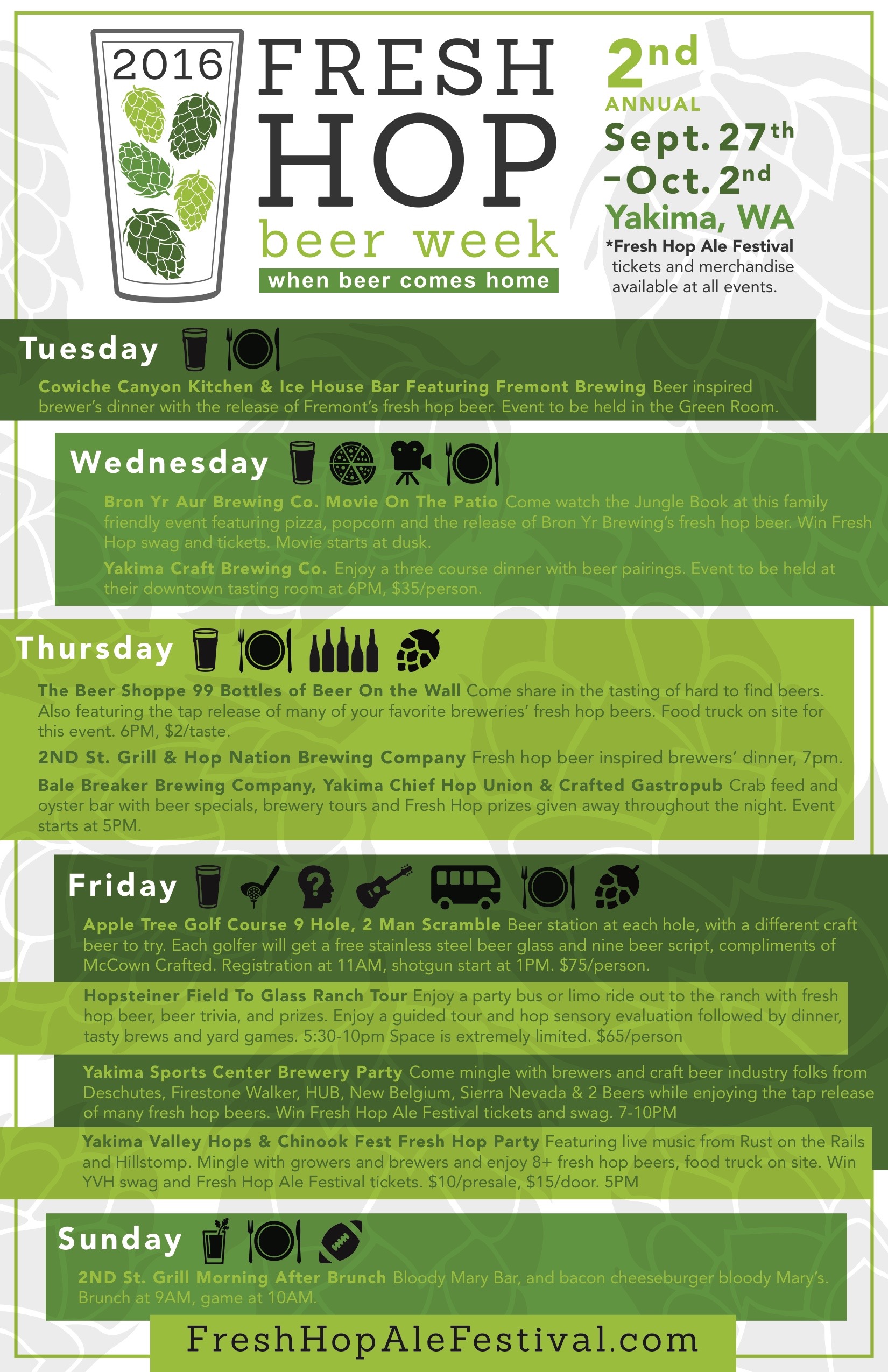 It’s fitting that in what is now the largest hop growing region in the world, Yakima, Washington hosts a Fresh Hop Beer Week. In 2015, the United States surpassed Germany with growing the most hops in the world and around 77% of the U.S. grown hops are from the Yakima Valley, just a three-hour drive from Portland.

The 2nd Annual Fresh Hop Beer Week kicks off on Tuesday, September 27 and will take place over the course of six days. Each day there are events that lead up to the 14th Annual Fresh Hop Ale Festival that will be held on Saturday, October 1st from 5:00 to 10:00pm in Yakima’s Millennium Plaza located in the heart of downtown Yakima.

VIP Tickets are now sold out but General Admission Tickets are currently on sale at $35.00 each that includes $15 worth of beer scrip. Tickets can be purchased in advance here. Admission allows access to over 40 breweries, along with a few wineries and cideries, a collectable pint glass, and special beers that roam the festival being poured from the Beer Bike. Live music at this year’s Yakima Fresh Hop Ale Festival will be The Dip from Seattle and Marshal McLean Band from Spokane.

Here’s a rundown of many of the events taking place in Yakima during the 2nd Annual Fresh Hop Beer Week.

Yakima Craft Brewing Co.: Enjoy a three-course dinner with beer pairings.  Event to be held at their downtown tasting room at 6:00pm and its $35 per person.

Thursday, September 29th:
The Beer Shoppe 99 Bottles of Beer on the Wall: Come share in the tasting of hard to find beers. Also featuring the tap release of many of your favorite breweries’ fresh hop beers. Food truck (Chronic Foods) on site for this event. 6:00pm and $2/taste.

Friday, September 30th:
Apple Tree Golf Course 9 Hole, 2 Man Scramble including Beer & Lunch: Join Apple Tree as they host brewers from around the NW for a tasting and golf experience like no other.  $75/person Registration starts at 11:00am and Shotgun start at 1:00pm will begin a 9-hole, 3 club, 2 person scramble golf tournament on Apple Tree’s back nine. A beer station will be present at each hole, with a different craft beer for you to try. Each golfer will get a free stainless steel beer glass and nine beer script, compliments of McCown Crafted. Space is extremely limited. Entry fee includes, round, cart, beer, lunch, range balls, and stainless steel glass. Contact Apple Tree and reserve your tee time today at 509-965- 5877.

Hopsteiner Field To Glass Ranch Tour:  Hop on the party bus/Limo for an entertaining ride to Hopsteiner’s newest ranch in Mabton, WA. You’ll walk the field to learn about hop breeding, growing and harvesting, followed by a guided tour of the picking machine and kilns. Finally, you’ll participate in hop sensory evaluation by examining new and experimental varieties. Relax and enjoy tasty brews, dinner and yard games for the rest of the evening. Hopsteiner is one of the largest hop breeding, growing, trading and processing firms in the world. This is an exclusive field-to-glass experience that you won’t want to miss. Space is extremely limited. $65/person. 5:30 – 10:00pm 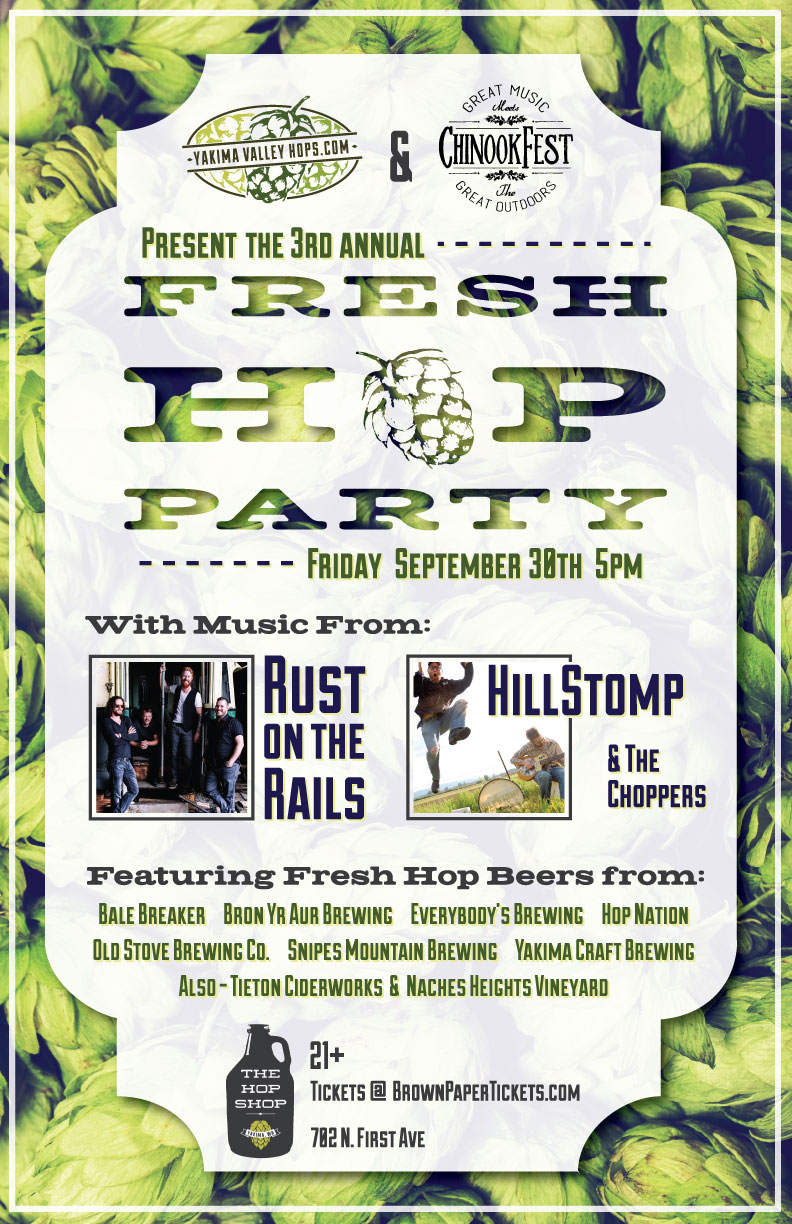