After orbiting the sun for the four years, Ecliptic Brewing will host its 4th Orbit Anniversary Party on Saturday, October 21st from 11:00am-11:00pm.

“This year has been quite the ride,” said Owner and Brewmaster John Harris in a statement. “From installing a canning line to a busy summer in the pub, I am excited to take a minute to celebrate with you all and for you to try some tasty brews!.” 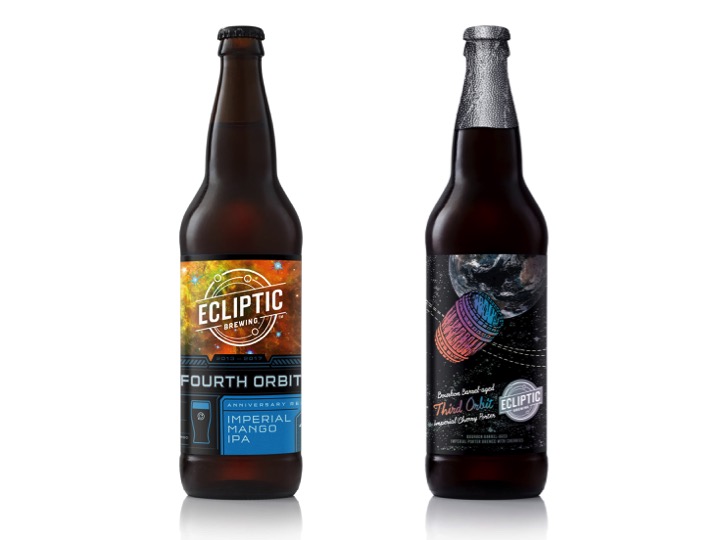 And what better way to pair these two new beers with some food from Chef Michael Molitor and Sous chefs Aaron Medina and Christian Gruber. The two and their team in the kitchen will be serving up some tasty amuse-bouches for all attendees in the pub to sample.

Early in the afternoon at Noon and at 1:00pm, Owner and Brewmaster John Harris will lead free brewery tours. Here attendees will get a behind scenes tour of what takes place in the brewhouse at Ecliptic.

Then beginning at 7:00pm inside the brewery, Ecliptic will host an evening of live music. It’ll kick off with Jeremy Wilson who will then be followed by Bitches of the Sun. Headlining the show will be RedRay Frazier, who plays a rootsy blend of rock and soul that is sure to get people grooving. The live music is free and open to all ages. Donations will be accepted at the door benefiting The Jeremy Wilson Foundation.

Up to date details about the Fourth Orbit Anniversary Party can be found on their Facebook event page, here.