If you’re a fan of rye beers, a visit to Reuben’s Brews is in order on Saturday, October 19th as the Seattle brewer will host the 7th Annual Rye Beer Festival. An amazing amount of 24 rye beers, all brewed by Reuben’s, will be on tap!

Since the brewery’s beginnings in 2012, Reuben’s Brews has been a proponent of utilizing rye malt in its beers. Now seven years later, the Seattle based brewery continues this exploration with rye malt as it hosts its 7th Annual Rye Beer Festival.

Entry into the 2019 Rye Beer Festival is free and will take place on October 19h from 11:00am-10:00pm. Reuben’s will also release 16oz cans of Hazy Harvest IPA and Roasted Rye IPA. 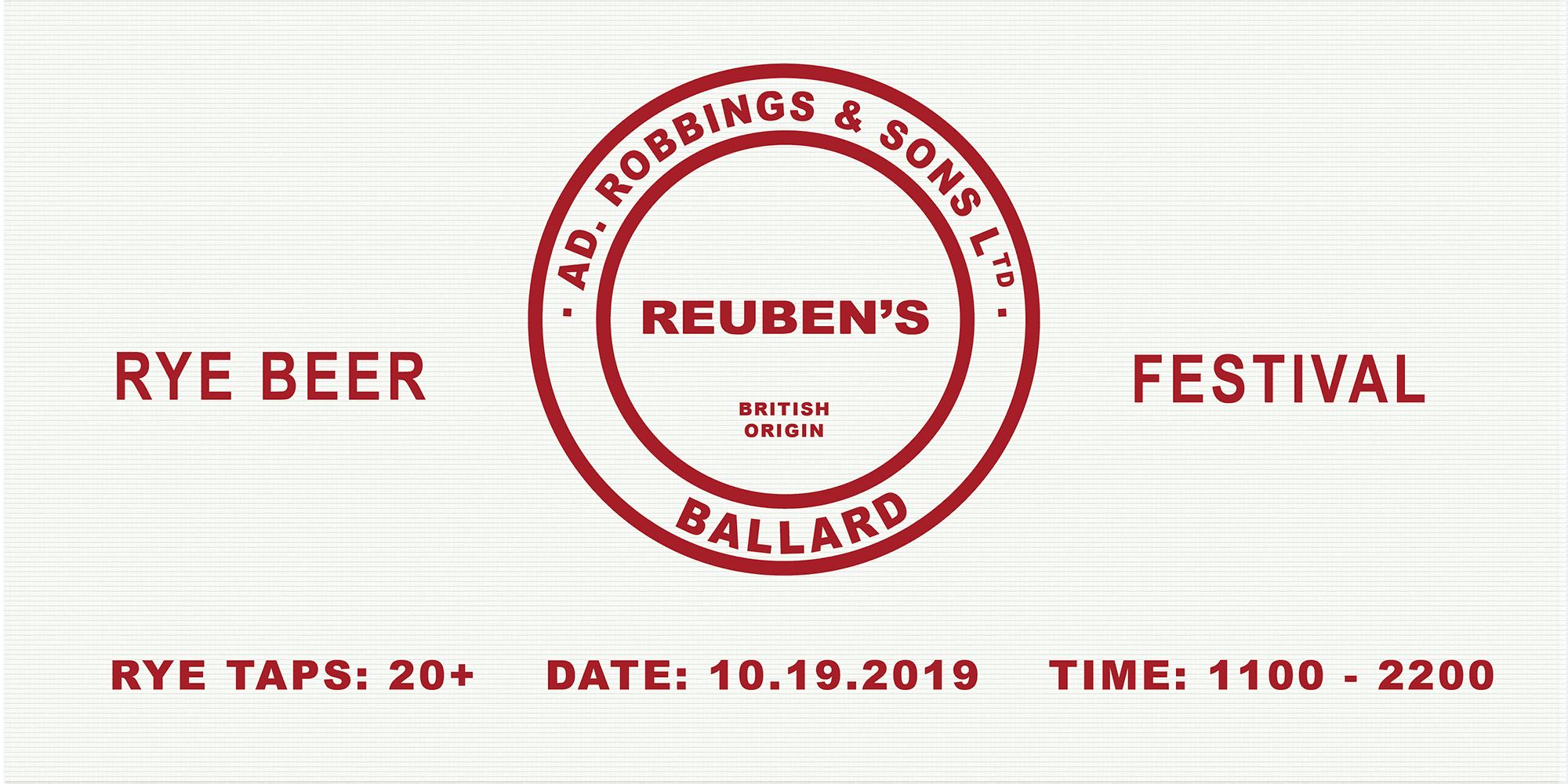 With 24 rye beers on tap, all brewed by Reuben’s Brews, there’s plenty of choices to be had!