SEATTLE, WA (7/28/2022) – Adam and Grace Robbings didn’t know what to expect when they first rolled up the garage door at 1406 53rd Street NW. The couple had timed the opening of their new brewery with Seattle’s Seafair weekend and planned to offer five beers on tap. Four of which were dark beers. On a hot Saturday. In August. Despite the heat, drinkers flocked to the small industrial space in Ballard and just like that, Reuben’s Brews was on the map.

In the years that followed, the brewery’s growth outpaced the founders’ expectations, and its accomplishments attracted the attention of beer drinkers well beyond the neighborhood. And now, on the heels of winning a gold medal at the 2022 World Beer Cup for its Hazealicious IPA, Reuben’s Brews will celebrate its first decade of business, community, and glass backwards brewing with a day-long block party at its Taproom on Saturday, August 6th.

“Looking back, 2012 feels like both a lifetime ago and just yesterday!” says Adam Robbings. “So much has changed in Ballard and at Reuben’s over the past 10 years and we couldn’t have imagined where we would be at this point in our journey. We have so much gratitude for all of the support we’ve received since our opening weekend and we’re tremendously excited for the next 10 years.” 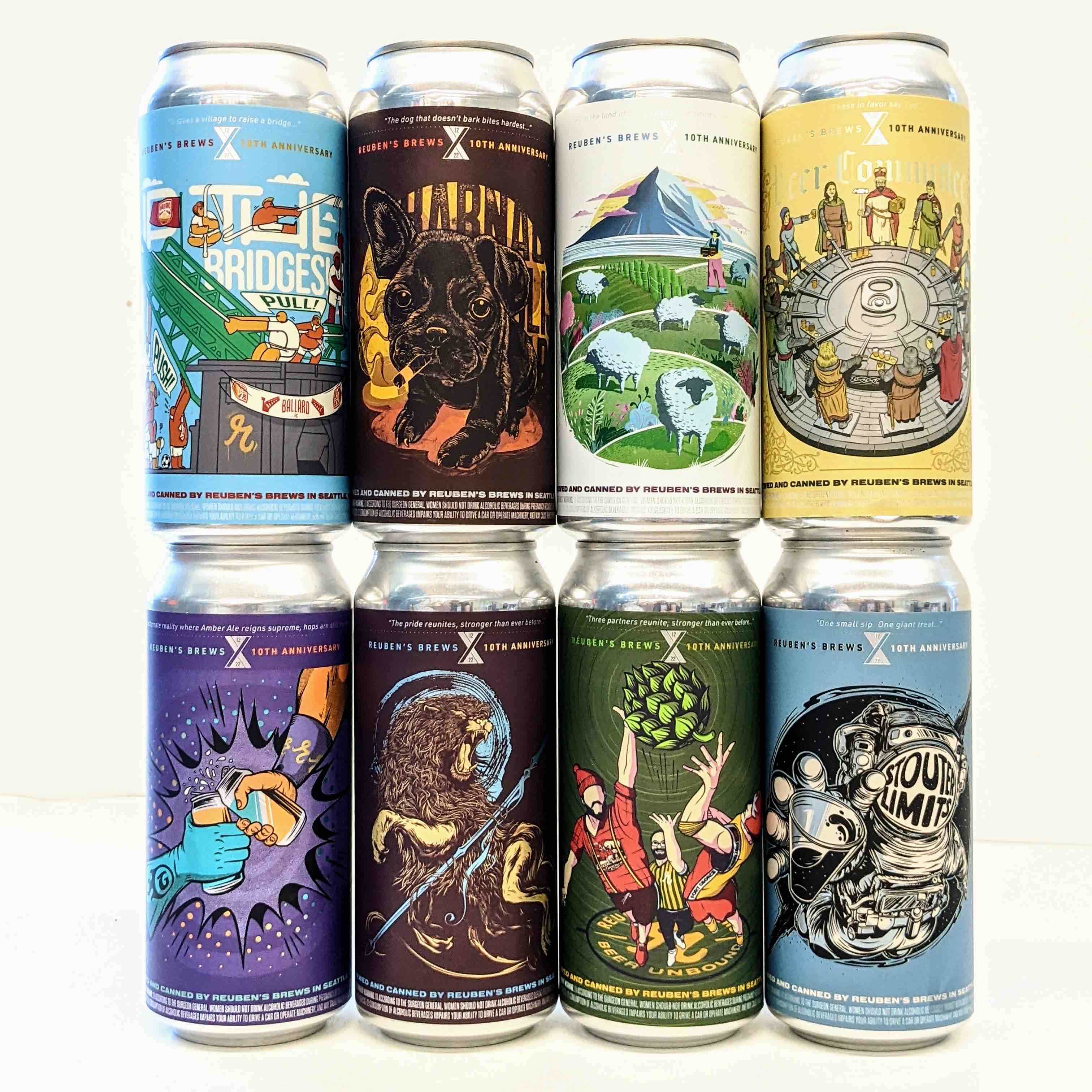 Reflecting on just how much the Reuben’s Brews story is intertwined with the story of Ballard, the Robbings realized that a block party with live music, food trucks, a kids activity area, and plenty of award-winning beer was the most fitting way to celebrate its anniversary. Because from starting in a garage as homebrewers, to helping lead the way in creating a Ballard Brewery District, to building three breweries in the neighborhood and becoming Washington’s most decorated brewery, Reuben’s has always worn its Ballard pride on its sleeve.

The festivities will begin at 11:00 a.m. with a glassware giveaway and bagels available from Darling & Company. Then at noon, live music starts on the main stage on NW 51st Street. It’s going to be a fun-filled day for all ages on August 6th with highlights that include:

“Our anniversary parties are always a fun way to catch up with our friends, neighbors, and industry partners,” says Grace Robbings. “It feels a bit like a family reunion. And this year is going to be that much more special. We’ve been looking forward to this event for months and can’t wait to swap stories, share memories, and raise a toast to Ballard, our favorite neighborhood in the world!” 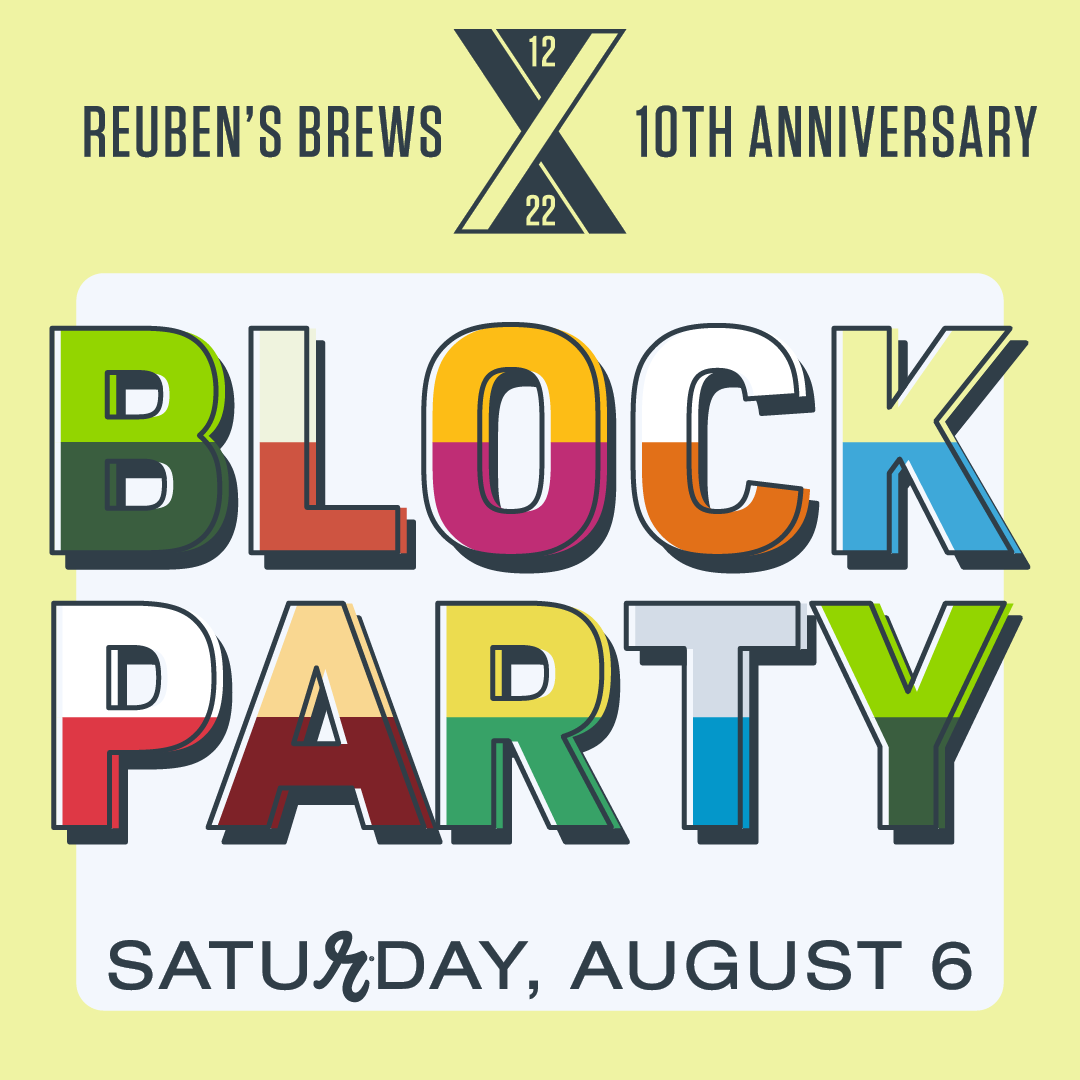 Adam and Grace Robbings opened Reuben’s Brews in 2012, after an award-winning homebrewing career, naming it after their first child, Reuben. At their family brewery they brew from the glass backwards: designing each beer with intention, unbound by constraints. They know that making that extra effort is worth it. From everyday favorites to innovative new releases, they want to share a love of discovery. Reuben’s Brews. Beer Unbound.

The Reuben’s Brews Taproom (5010 14th Ave. NW in Ballard) is open daily 11 a.m. – 10 p.m., featuring an expanded outdoor seating area and To-Go Store. They strictly adhere to all current state and local health precautions to keep their customers and team safe. Visit reubensbrews.com for details, and follow @reubensbrews on Instagram, Twitter, and Facebook for updates.