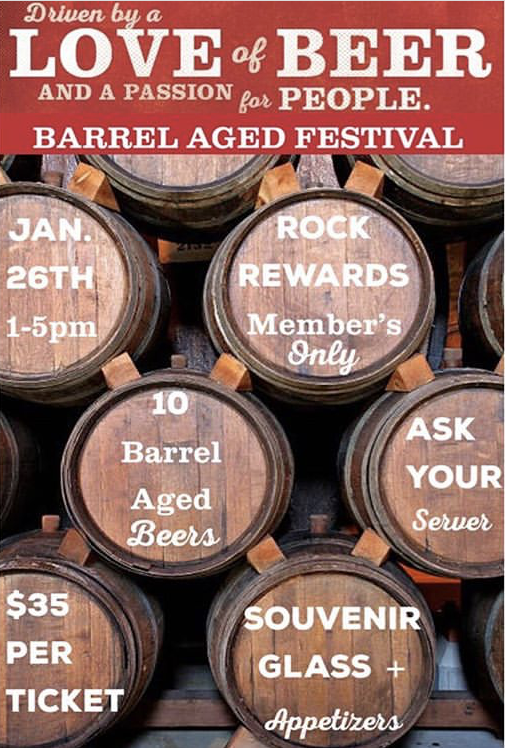 Located in the heart of downtown Portland, Rock Bottom Brewery is set to host its Barrel Aged Beer Festival on Saturday, January 26th. One of Portland’s oldest brewpubs will feature a dozen or so barrel aged beers all brewed and barrel aged at the brewery.

The Barrel Aged Beer Festival will take place in the second level mezzanine from 1:00-5:00pm. Tickets are $35.00 ($37.40 after fees) for 10 (4 oz) tastings of the lineup of Barrel Aged Beer, a souvenir glass, and complementary appetizers. Advanced tickets can be purchased by clicking here, or they can also be purchased in person at the brewery.

Todd Britt, Brewmaster at Rock Bottom will also host brewery tours of his multilevel brewery. And when it comes to the appetizers, these will be served throughout the afternoon and will include charcuterie plate, chicken skewers smoked over used barrels, meatballs, pub sliders, veggie quesadillas, and a chocolate fountain.

Here’s a preview of the beers that will be pouring during the event.

In addition to these 10 barrel-aged beers, Rock Bottom will also pour a couple of beers that will be officially released in the coming weeks after the festival. 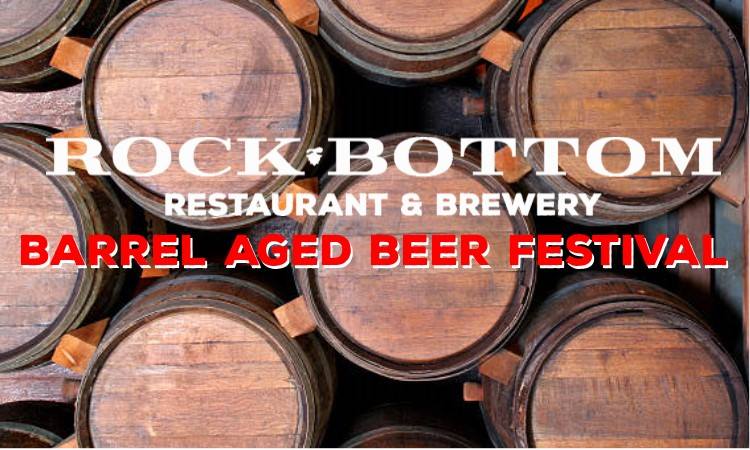