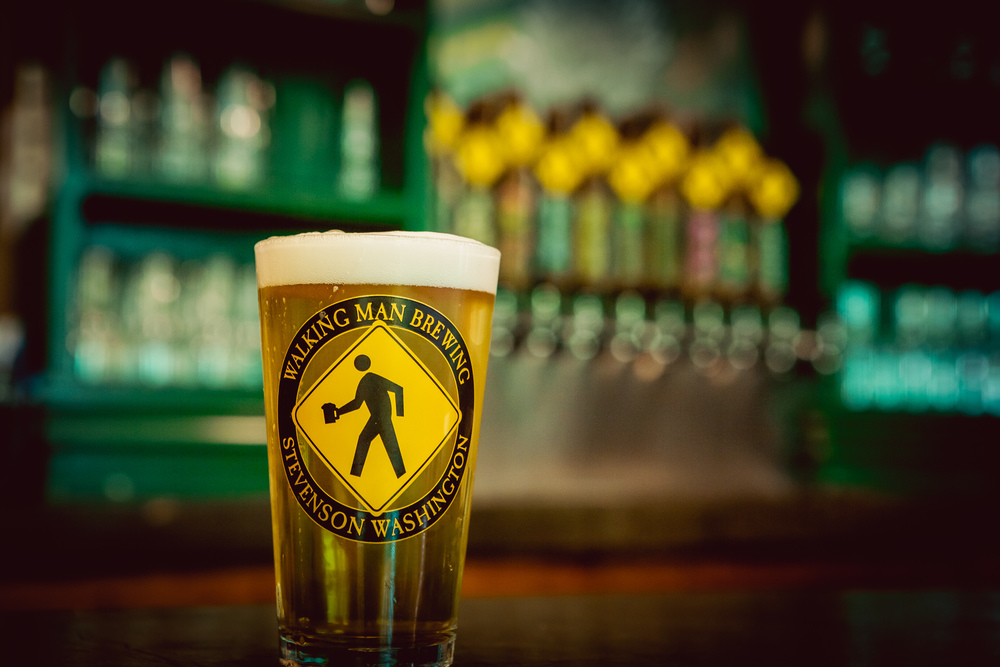 “I started the single hop series to bring more interest to our Pale Ale as well as giving us in the brewery an opportunity to have some fun and experiment with hops that we might otherwise not get a chance to use,” Landers said.

Named for Walking Man’s assistant brewer, Emily Albaugh, Emily’s Perle Pale is a heartfelt offering of her passion and dedication to the art and science of craft beer. Having joined the brewhouse in September 2014, Emily’s Perle Pale is the first beer brewed not as an assistant, but as brewer. From her thoughtful selection of Perle hops to stirring the kettle with a mother’s affection, this beer is destined to be distinctively delicious.

Originally developed in Germany in 1978, Perle hops add a spicy, earthiness as well as some sweet honeysuckle and floral notes to the beer. The malt bill offers a fruity, medium bodied backbone that allows the Perle hops to shine through and deliver a refreshingly, quenchable Pale Ale.