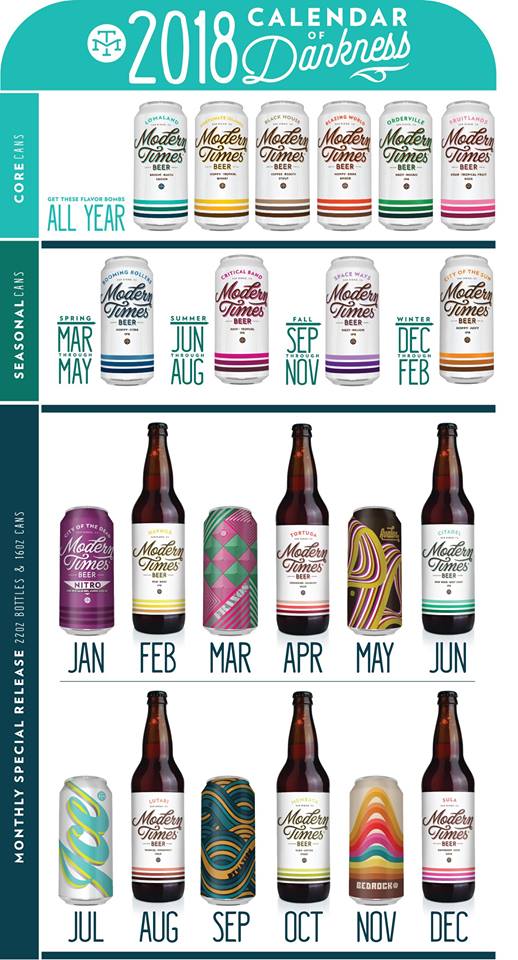 With the anticipation building on the upcoming opening of Modern Times Beer here in Portland in 2018, the San Diego based brewer has just announced its 2018 Beer Release Calendar. Better known internally as the 2018 Calendar of Dankness, the coming year will see many fan favorites return plus a few new beers to keep things interesting and creative for the brew team at Modern Times.

It’s always tough to see a beer disappear from a brewery’s portfolio, especially with City of Dead when it is retired but many new offerings come up to take a beers place on the calendar. One other change is the brewer moving the Seasonal Can release of Critical Band to the June-August seasonal time slot. This move will allow for Modern Times to use only the freshest New Zealand hops in its new hazy IPA seasonal of Space Ways IPA.

To get a better look with live links for each of the 2018 beers click HERE to visit the 2018 Calendar of Dankness.