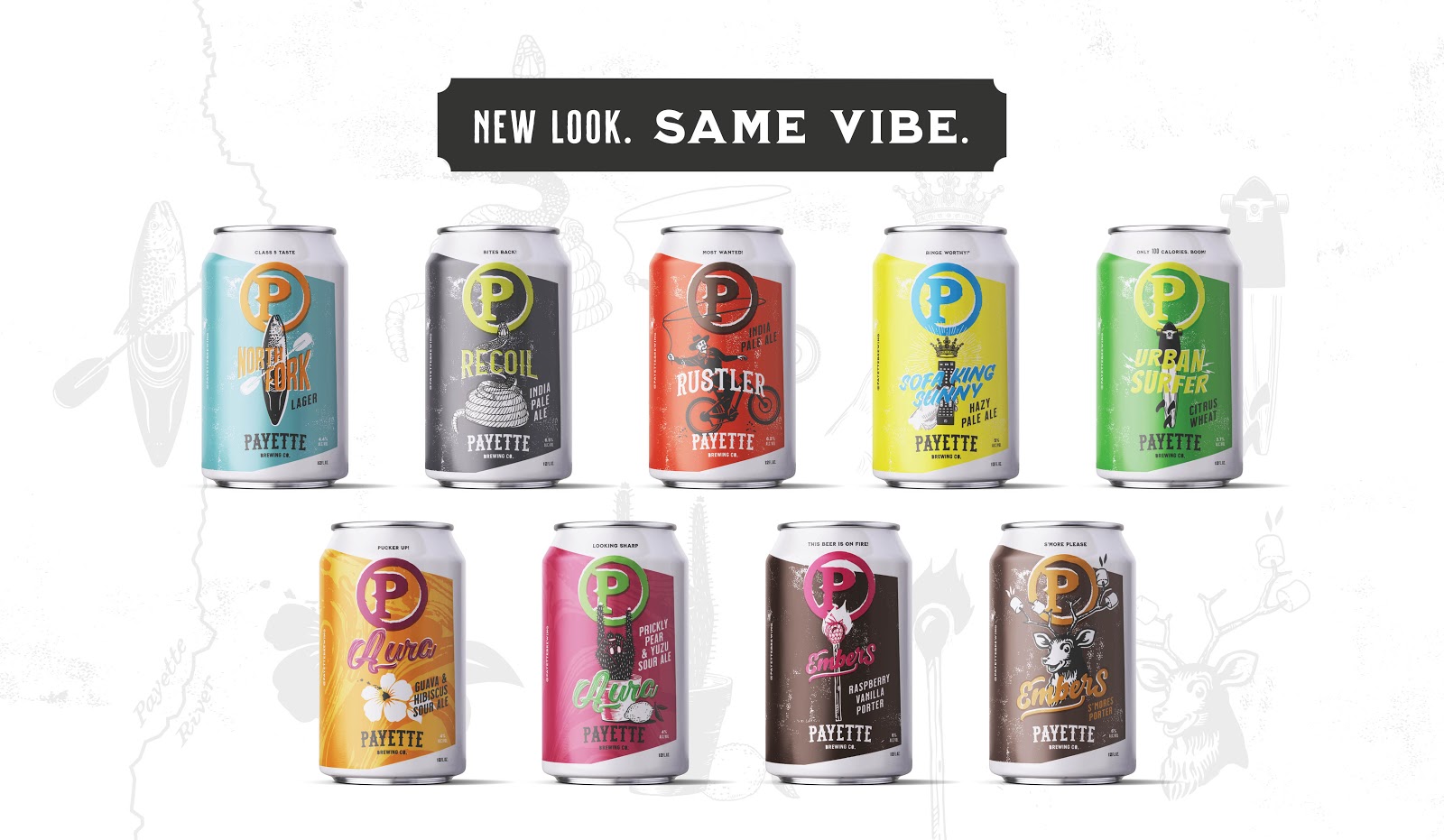 As Payette Brewing reopened its tasting room at its brewery in Boise, Idaho yesterday, the brewery has offered a brand refresh on its lineup of cans. Payette Brewing updated branding features releasing a wildly new look with the same adventurous attitude.

“We have a lot to be excited about,” said Paige Francis, owner and Marketing Director of Payette Brewing, in a statement. “Although our mandated closure put a lot of stress on us, we used it as a time to hit refresh and elevate our look to match the attitude of the beer and our beer drinkers.”

Each design was inspired by the taste, ingredients, and process of the individual beer. A clean design that prides itself on Payette’s roots by using the outline of the Payette River, and the iconic Idaho bar code.

The rollout of each new can will happen throughout 2020, with a handful already in the market. “Sofa King Sunny, Urban Surfer and Embers Porter were the first to debut our new look,” says Francis. “North Fork Lager and Aura Guava & Hibiscus Sour Ale have made the transition and we are excited to continue releasing the new designs for others in our portfolio. We’re not doing it all at once because well, good things take time.”

After being closed to the public for over two months due to the cease on-site consumption of the taproom during COVID-19, Payette Brewing is back open daily from 11am-10pm. Curbside beer to-go will remain open Monday-Thursday 4-7pm and Friday-Sunday 1-7pm.