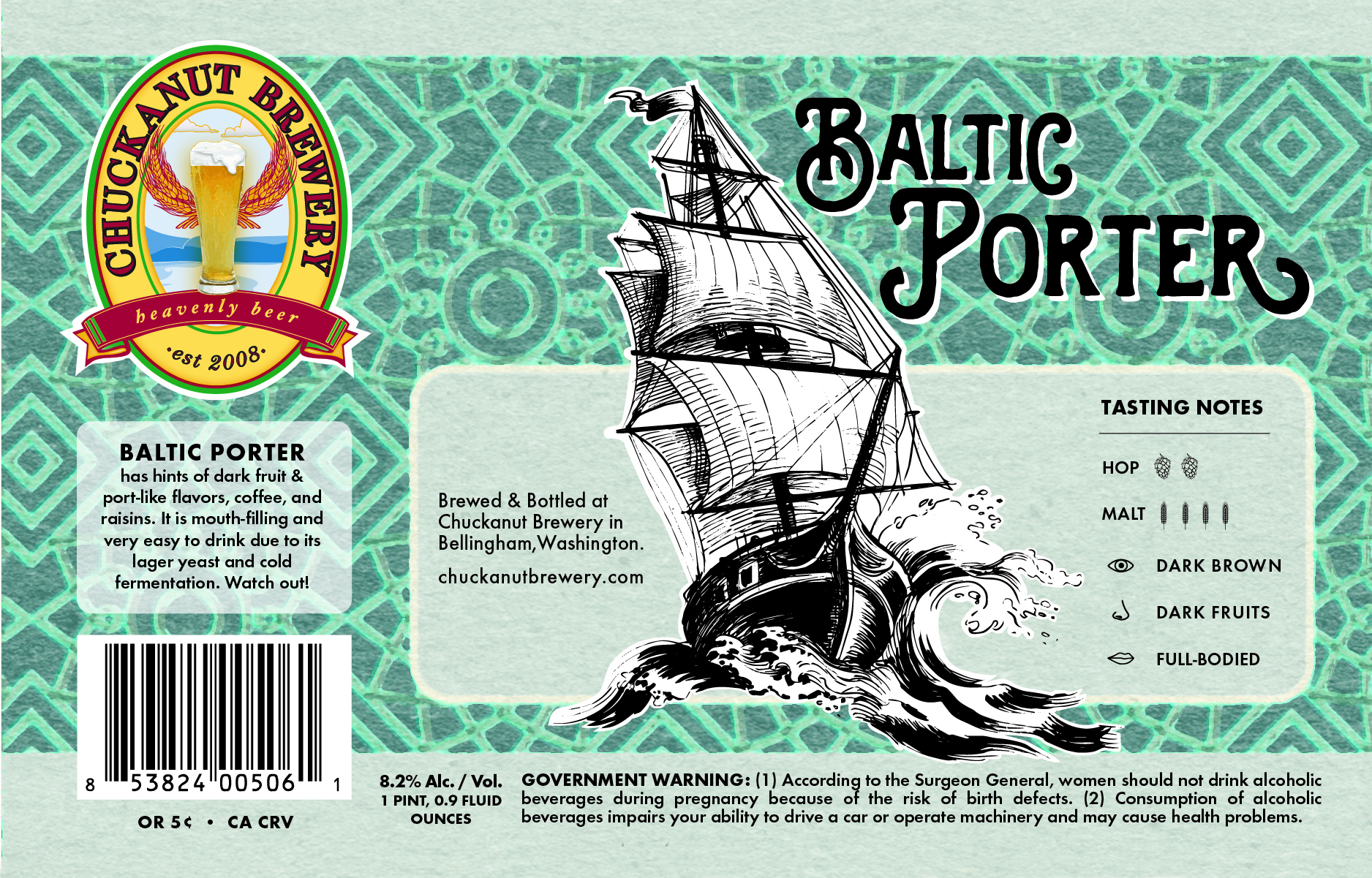 For those of you fortunate enough to be in the Skagit Valley on Friday, December 15th, Chuckanut Brewery will release its small batch bottling of its Baltic Porter.

The release is part of the Big Beer Series Chuckanut has created for a group of four heavy beers (Bock in November, Baltic Porter in December, Doppelbock in February and Maibock in May). Chuckanut Baltic Porter is a rich, full flavored and hardy lager made for cold winter nights with an ABV of 8.2%. This garnet colored beer has a roast malt and dark sugar character accompanied by a smooth finish due to the lengthy three-month fermentation process at very cold temperatures.

Baltic Porters are not really ales but lager beers that were influenced by Russian Imperial Stouts and British Porters brewed by countries bordering the Baltic Sea. Fruitiness from the higher alcohol and a low hop bitterness adds to the complex tastes of Baltic Porter. With hints of chocolate, port like flavors, coffee, and raisins Chuckanut Baltic Porter is mouth filling and very easy to drink due to its lager yeast and cold fermentation.

If pairing it with food the beer’s caramelized malt flavors latch onto similar flavors in roasted meats and veggies making it a great match. The malt sweetness gives this beer the ability to handle dishes with sweet elements like a Thai sweet chili sauce. And of course, don’t forget to match Chuckanut Baltic Porter with any chocolate dessert for a real taste treat! Best of all drink a glass of Chuckanut Baltic Porter as you sit by the fire and celebrate with friends during the cold winter nights and contemplate the year’s end and the new one ahead.