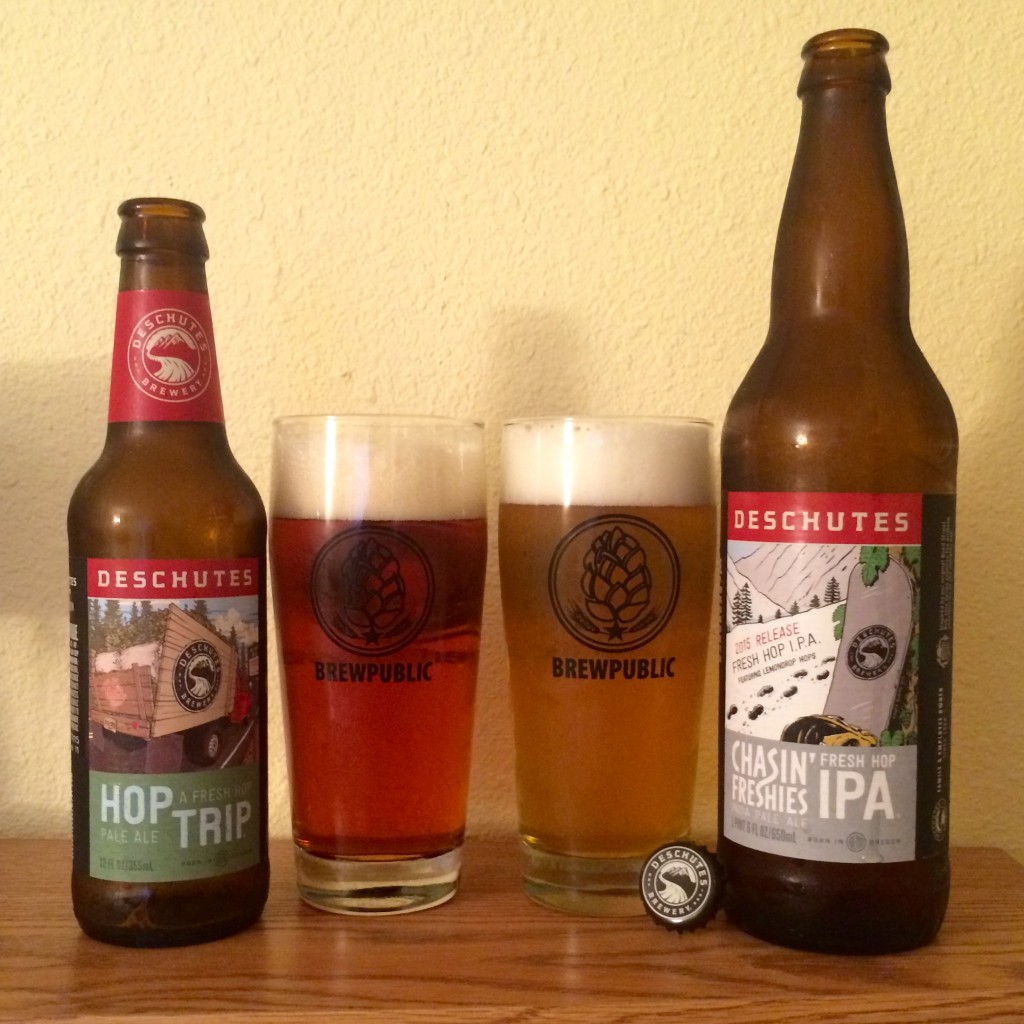 The two current releases in Decshutes Brewery’s Bond Street Series of beers are the brewery’s two fresh hop beers, Hop Trip: A Fresh Hop Pale Ale and Chasin’ Freshies: A Fresh Hop IPA. After another successful hop harvest season, these two beers are a couple of the last remaining fresh hop beers in the market.

Returning for its 10th year is Hop Trip: A Fresh Hop Pale Ale in 6-pack 12 oz bottles. This fresh hop uses freshly picked Crystal Hops from Sodbuster Farms that traveled from the hop bine to brew kettle in under 4 hours. Hop Trip offers up a fabulous fresh hop aroma and a citrusy grapefruit flavor that makes this Pale Ale a true delight. The 2015 edition of Hop Trip sits at 6.1% ABV and 53 IBUs. 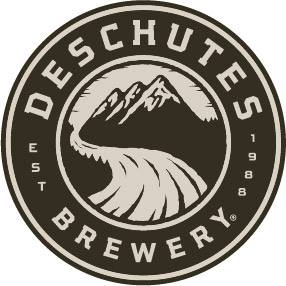 Then Chasin’ Freshies: A Fresh Hop IPA returns from Deschutes for its fourth consecutive year and is available in 22 oz bottles. For 2015 the brewers at Deschutes sought out the new buzz worthy Lemondrop Hop to be used in this revolving fresh hop beer. The Lemondrop Fresh Hops arrived directly from the hop fields of Yakima Valley in Central Washington and were thrown into the brew kettle once the trucks arrived in Bend. The result is a 7.4% ABV and 65 IBU beer that is one of the more unique fresh hop beers of the season. Pouring a nice pale color for an IPA, Chasin’ Freshies is full of a prominent fresh hop aroma and one that is a bit unique with its abundant use of Lemondrop Hops.

Don’t wait around too long to seek out Hop Trip and Chasin’ Freshies. Both are available on draft and in bottles but will not last around for very long.