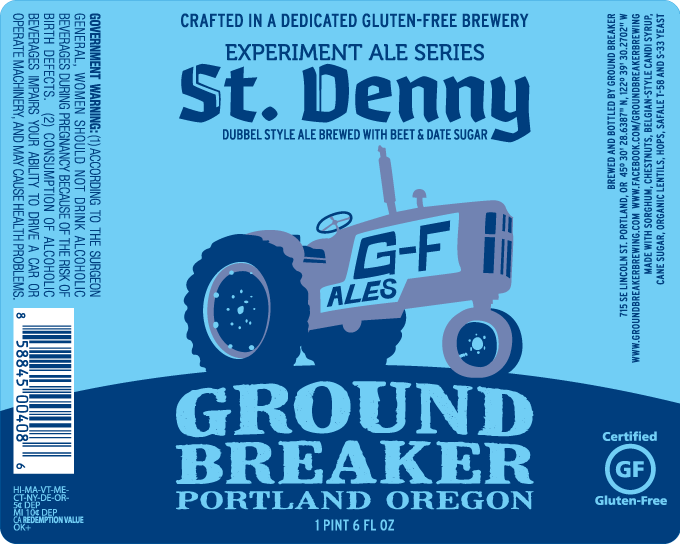 St. Denny is brewed with roasted chestnuts, roasted lentils and dark Belgian candi syrup. It is lightly hopped with Oregon-grown Sterling hops, and fermented with a blend of two gluten-free Belgian yeast strains. It comes in at 6.5% ABV and 25 IBU. With a brilliant copper brown color, medium-full body, moderate strength, subtle bitterness, and slightly sweet finish, this dubbel style ale is sure to satisfy.

St. Denny Dubbel Style Ale bottles will be released at The Ground Breaker Brewing Gastropub on Wednesday, November 18th. In addition to the standard St. Denny, the pub will be pouring a specialty version with cranberries.

About Denny Conn
Denny Conn has been homebrewing and teaching others how to brew since 1998. He has been a member of the Governing Committee of the American Homebrewers Association for nine years, is a BJCP National beer judge, and is a member of the Eugene homebrew club Cascade Brewers Society. His second book, Experimental Homebrewing (co authored with Drew Beechum), is out now and is available at your local homebrew shop or online at Amazon.com. Denny has influenced countless professional brewers and has a yeast strain named after him. He currently lives in Noti, Oregon with his IPA loving wife, five cats, and two dogs.