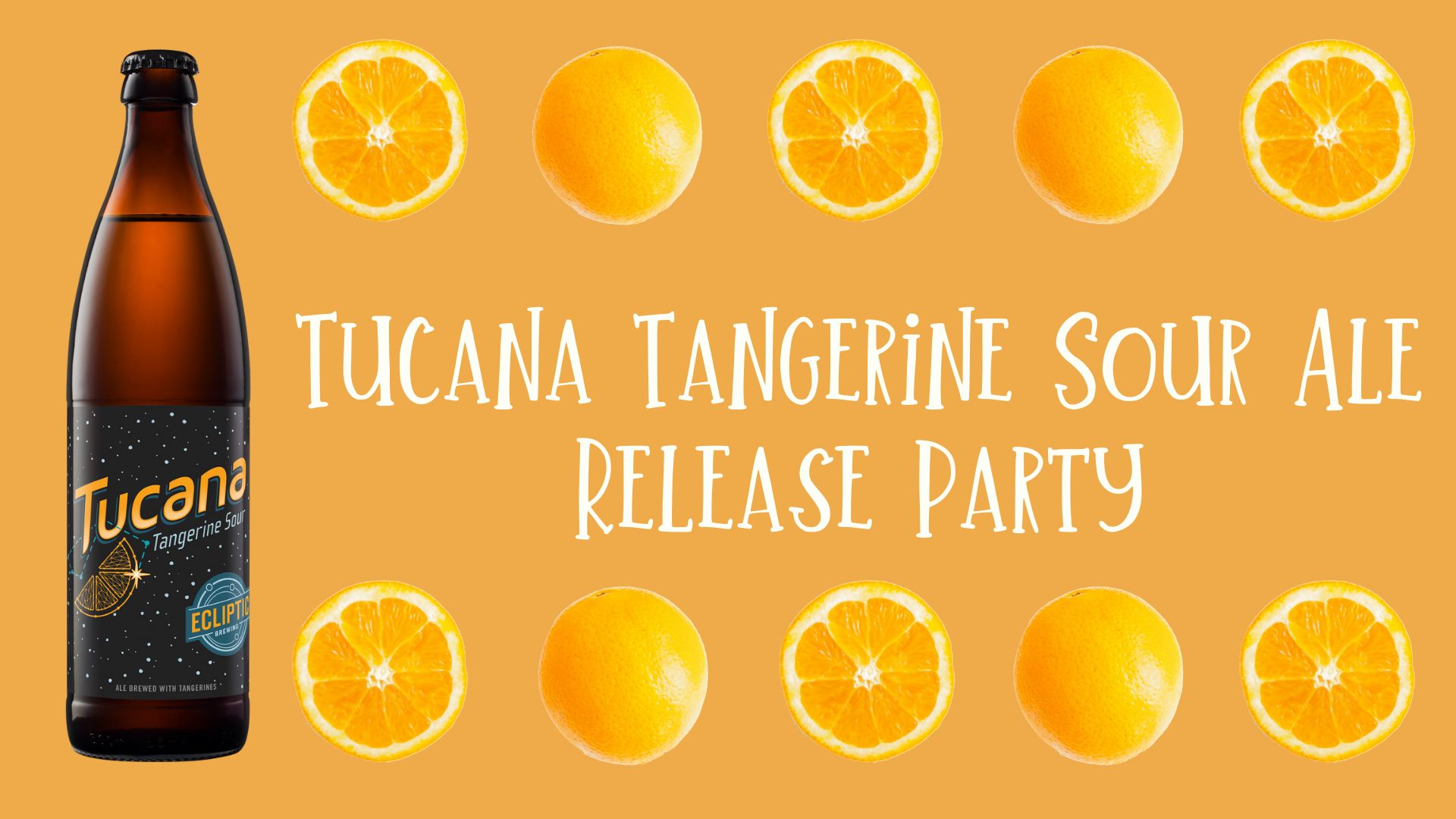 Originally releases last year as a 2019 Seasonal Series release, this year the citrusy yet tart beer will be available year-round. Tucana Tangerine Sour Ale is brewed with Cascade hops, Mandarina Bavaria hops, and tangerines. This 4.8% ABV beer is bright and refreshing and is available on draft and in 500mL bottles.

For the release of Tucana Tangerine Sour Ale, Ecliptic Brewing will also be offering up two specials for the day. One is the Roquefort Cheesecake with Blood Orange Marmalade ($9) and Tucana Spritz Cocktail ($10).

Plus, Ecliptic will have a gift basket full or Ecliptic goodies up for raffle all day! All customers are eligible for a chance to win. Winner will be randomly selected and announced on Monday, January 27th.