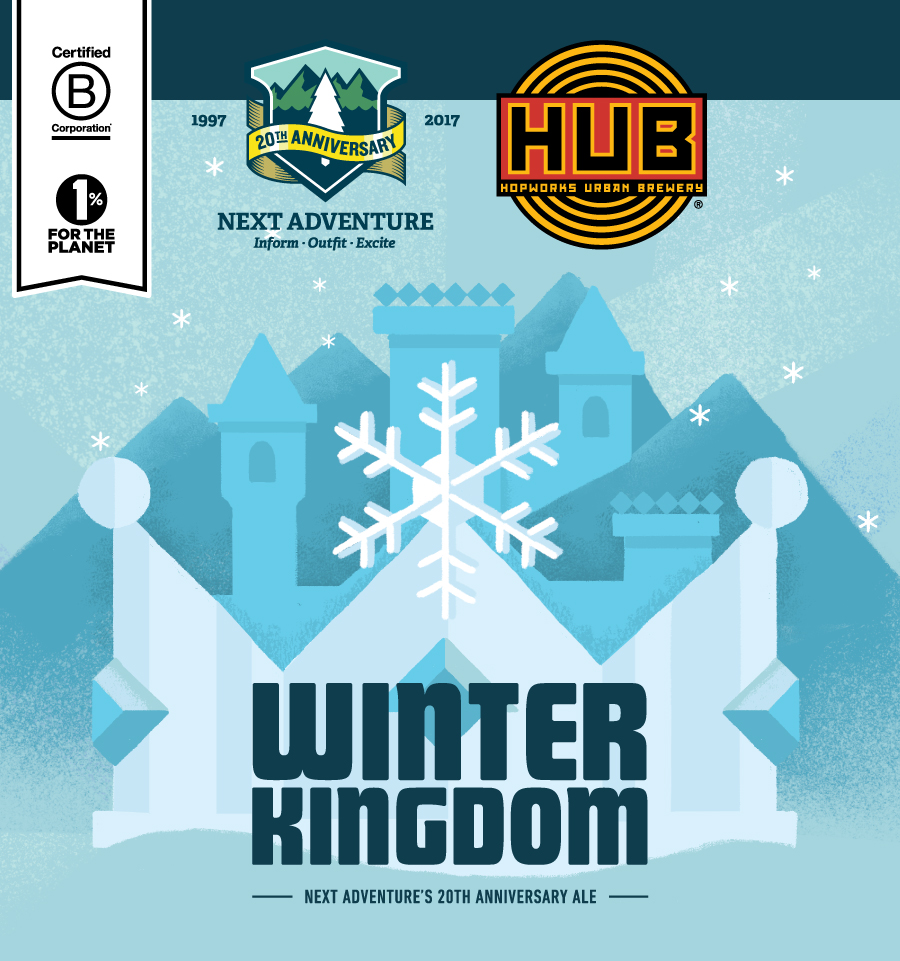 Hopworks Urban Brewery (HUB) has partnered with Next Adventure on a collaboration beer to celebrate Next Adventure’s 20th Anniversary with Wild Kingdom. The beer will also serve as the store’s annual transformation into a paradise for winter outdoor gear lovers. HUB is tapping the beer on October 14th at its SE Powell location at 7:30pm. There will also be a limited number of bottles available at all three of its pubs. 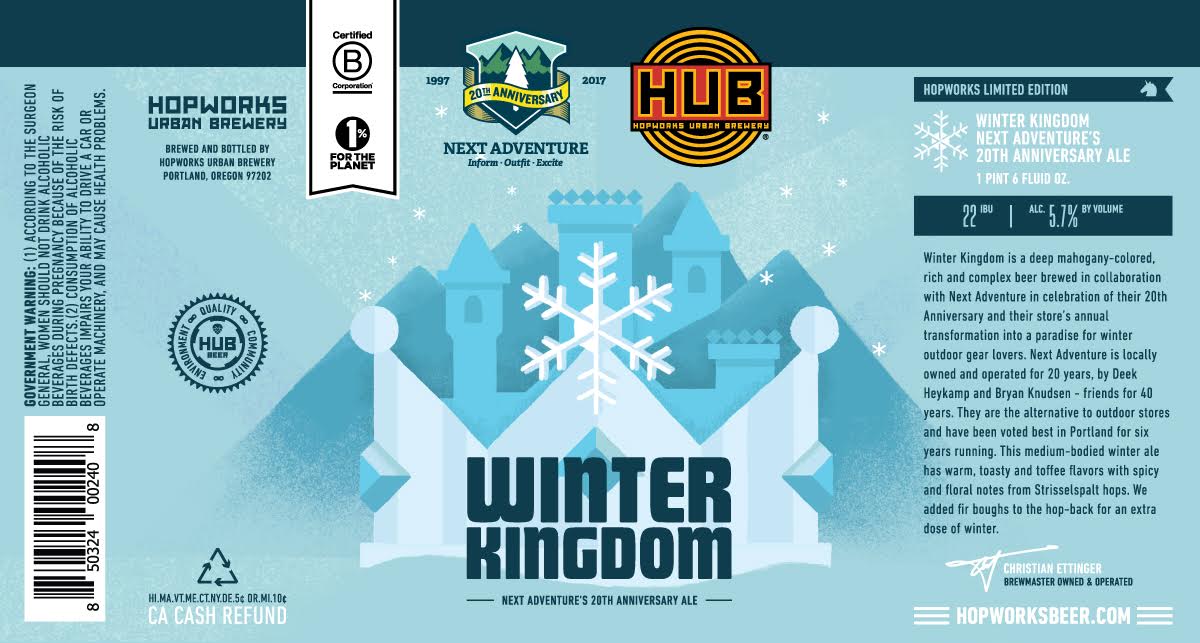 Winter Kingdom – Next Adventure’s 20th Anniversary Ale Description:
Winter Kingdom is a deep mahogany-colored, rich and complex winter ale. Warm, toasty and toffee malt flavors mingle with spicy and floral notes from Strisselspalt hops, and the addition of fir boughs to the hop-back adds an extra dose of winter.

Next Adventure will sell raffle tickets to benefit SheJumps, an organization that works to build women and girls participation in outdoor activities. Tickets are $5 each or 3 for $10. The winner will receive tickets for the Next Adventure Anthony Lakes Powder Run.