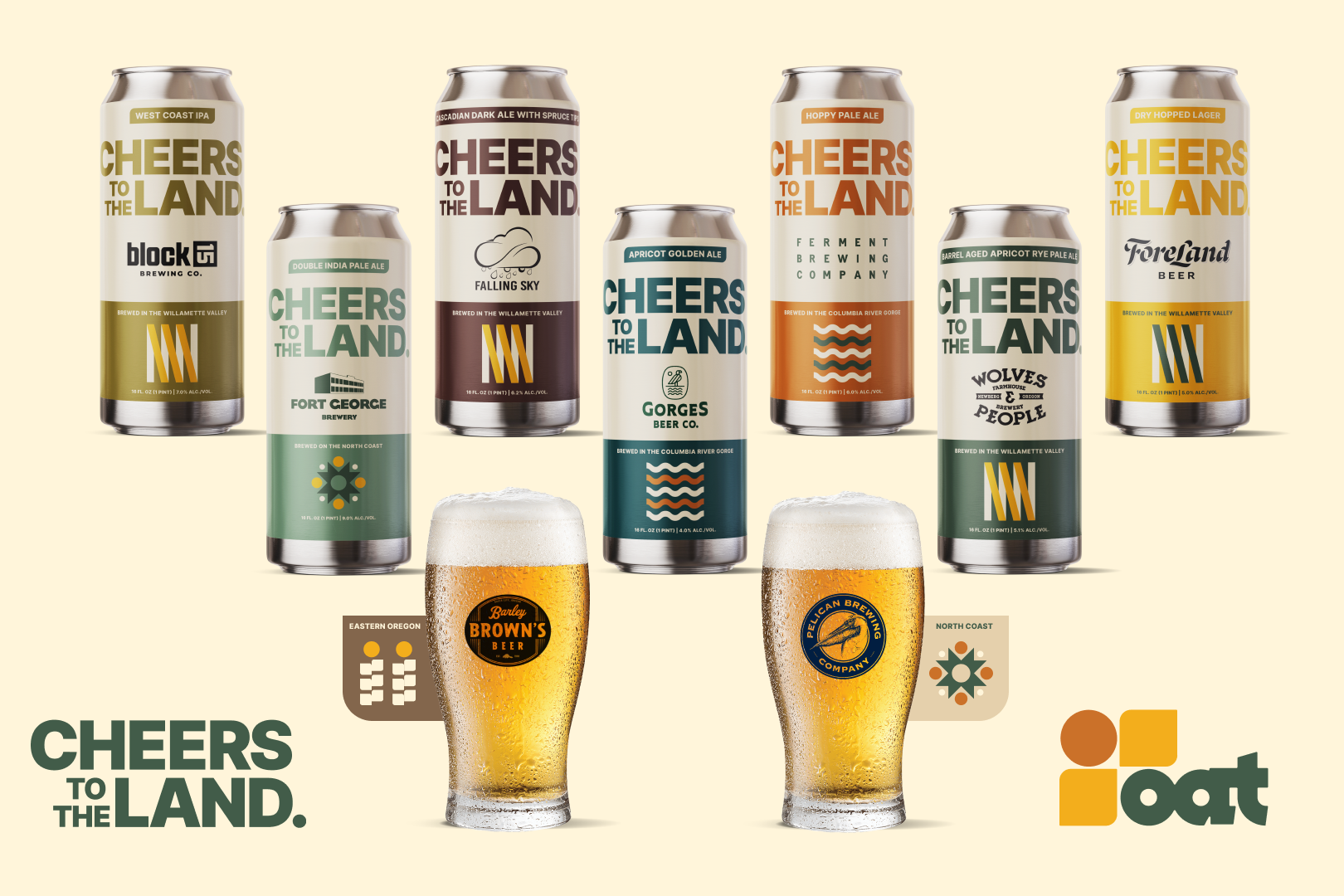 ORE. Sept. 26, 2022 — Oregon Agricultural Trust (OAT) announces the October launch of Cheers to the Land, a campaign in which nine breweries across the state are making new beers with Oregon-sourced ingredients and supporting the work of OAT to permanently protect Oregon’s bountiful farm and ranch lands from development. Beginning October 12, participating  breweries will release the beers on draft, with six of the nine beers packaged in limited-edition Cheers to the Land 16oz 4-pack cans. OAT will also host special events at each brewery during October and Cheers to the Land Tap Takeovers with all nine beers at Loyal Legion in both Portland and Beaverton.

OAT is a nonprofit land trust that protects agricultural land across the state from development. 25% of Oregon’s land is in farms and ranches — an area larger than the state of West Virginia. Considering that 64% of that land is set to change hands in the next twenty years as farmers continue to age and only 19% of farmers and ranchers have a succession plan in place, much of that land is vulnerable to development.

In Cheers to the Land, each participating brewery supports Oregon farmers in the creation of their beers, and also supports the work of OAT through a donation of the beer’s proceeds.

“One of the major reasons we have some of the best beer in the world is because Oregon has such fertile farmland,” said Oregon Agricultural Trust Executive Director, Nellie McAdams. “Our farmers grow five percent of all the hops in the world and we have some of the best soil on the planet. But you can’t unpave farmland; once it’s gone it’s gone. So Cheers to the Land both celebrates our farmland and raises awareness about the importance of protecting it for agriculture, forever.”

All nine beers are available beginning October 12 in limited cans, crowlers, or draft respectively at each brewery’s taproom. The six 16oz 4-pack cans will receive distribution to bottle shops and specialty grocery stores throughout the state. Each brewery will host OAT for special events that range from a ticketed Brewer’s Dinner at Falling Sky in Eugene, a mug club event at Pelican in Cannon Beach, a fundraiser at Ferment Brewing in Hood River, a Meet and Greet with a special food menu item at Barley Brown’s in Baker City, and more. Beer descriptions and a list of events around the state are included below.

Cheers to the Land Events 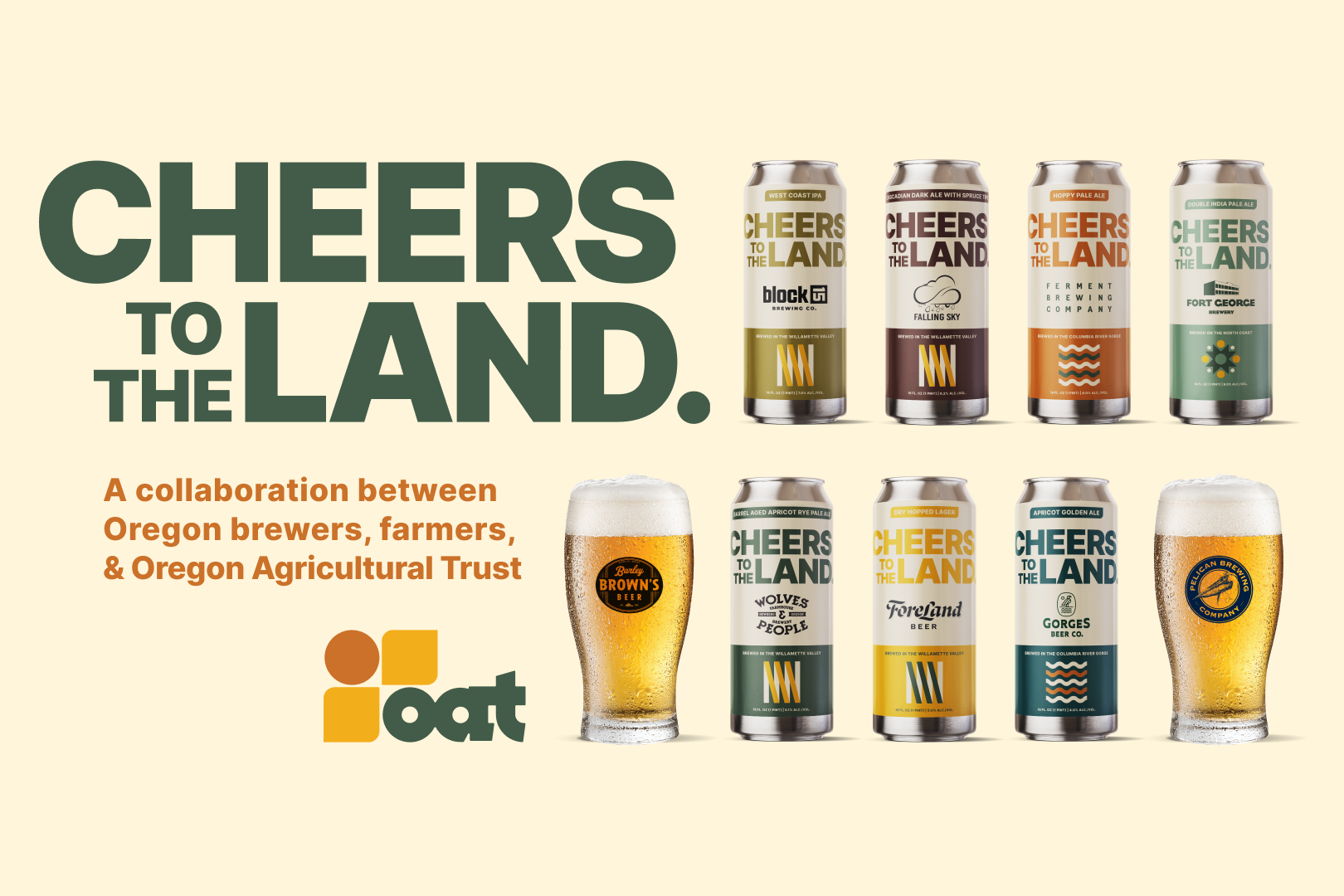 Stay in the loop on farm and ranch land protection in the state by joining Oregon Agricultural Trust’s e-newsletter: https://www.oregonagtrust.org/signup