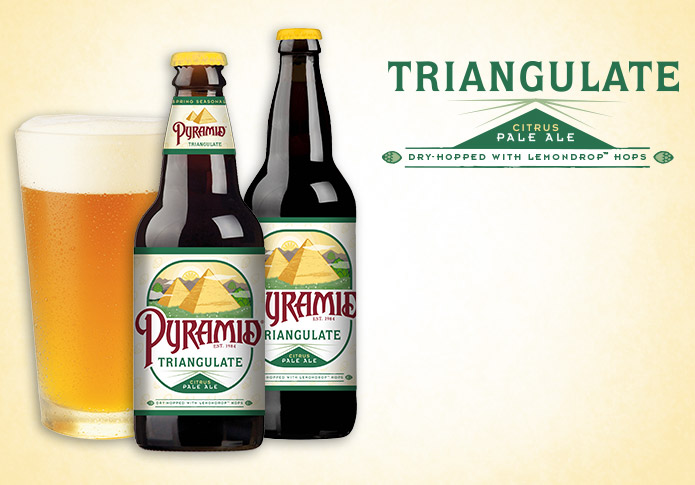 “We are extremely excited to release our Triangulate Citrus Pale Ale as our new spring seasonal,” said Head Brewer Ryan Pappe. “The combination of fruited ales and white ales make this beer incredibly unique. The lemon peel and Lemondrop™ hops with wheat in the malt bill results in a juicy, flavorful recipe. Beer drinkers will enjoy the crisp and refreshing profile!” 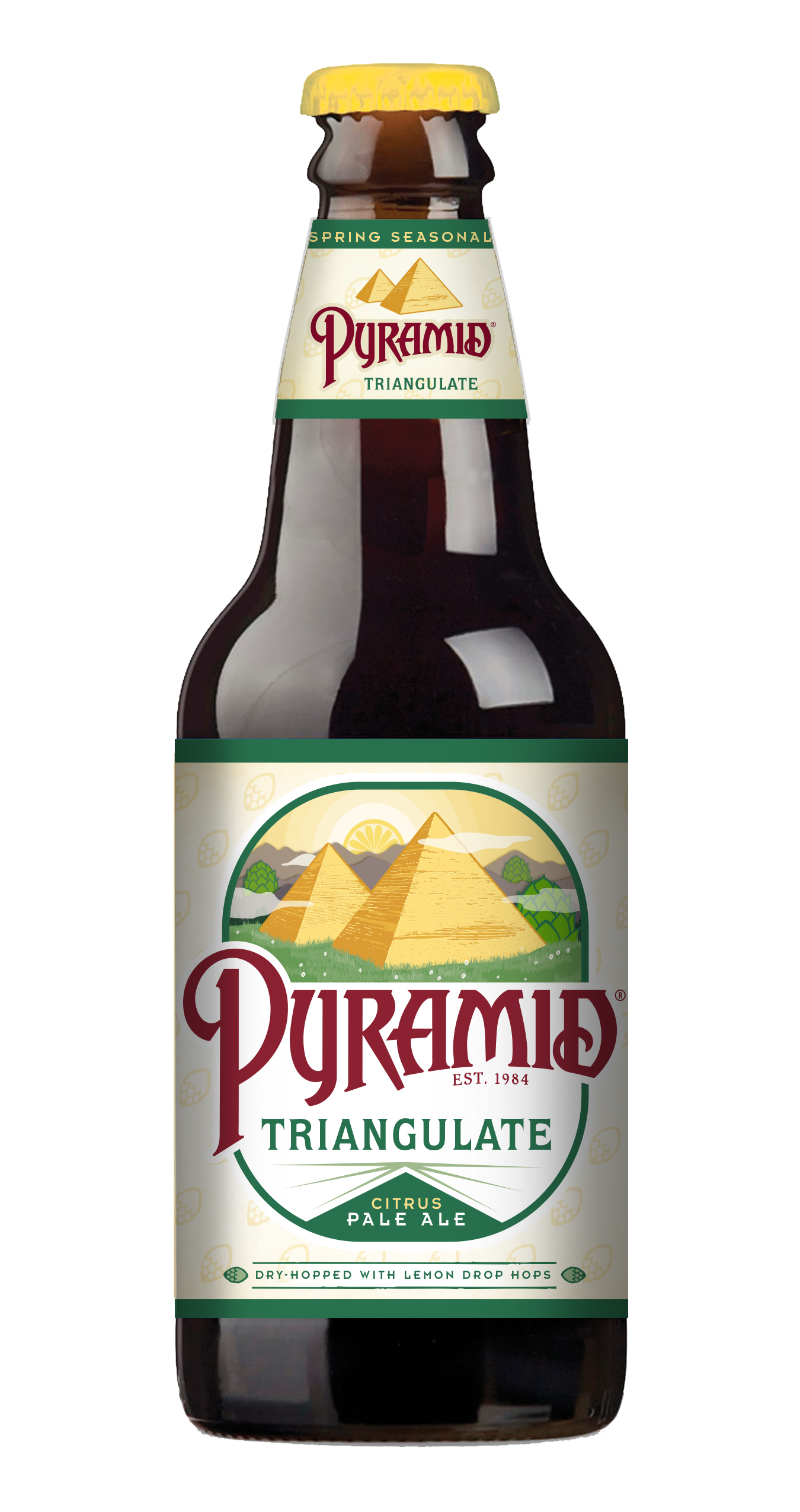 Triangulate Citrus Pale Ale’s three hops sharpen the citrusy flavor and aroma, while a trio of malts and grains create a smooth, full body. With a huge helping of Lemondrop™ hops and real lemon peel, the accompanying Apollo and Cascade hops produce an additional layer of complexity to the seasonal pale ale. Wheat and oats take the malt body in a unique direction for a satisfying mouth-feel. 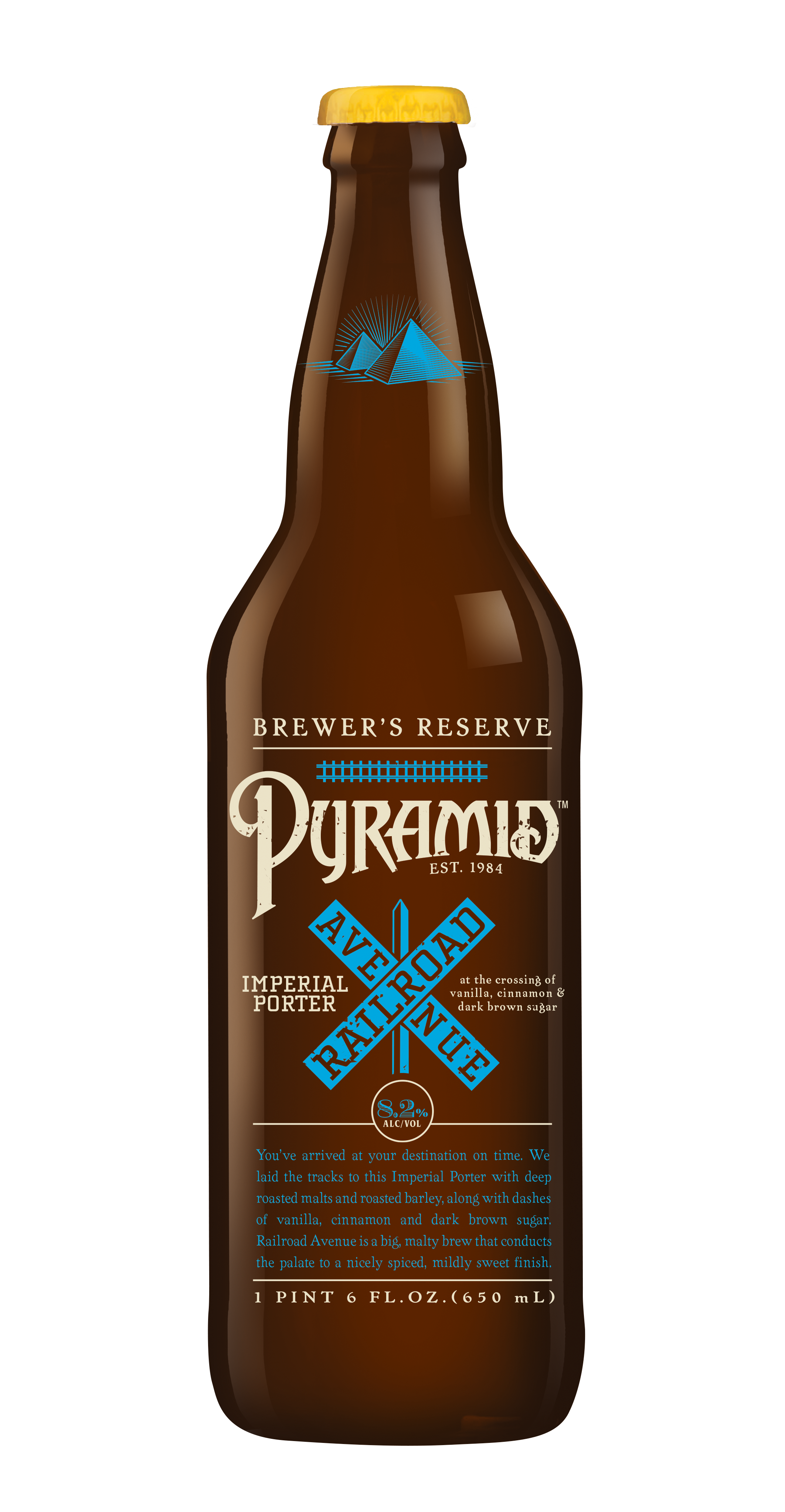 “These beers are a fantastic addition to our flavorful lineup of seasonal and year-round brews,” said General Manager Robert Rentsch. “We discovered a distinctive take on some popular Northwest styles, and we expect Triangulate Citrus Pale Ale and Brewer’s Reserve Railroad Avenue to be popular additions to our collection of seasonal brews.”

Spring in the Pacific Northwest is enchanting as snow thaws and daylight lengthens. Whether a day-hike, baseball spring training, or scenic road trip, Triangulate Citrus Pale Ale is the perfect seasonal brew to welcome spring adventure. For more up-to-date news and events, follow Pyramid Breweries on Facebook, Instagram and Twitter at @pyramidbrew.

About Pyramid Brewing Co.
Based in the Pacific Northwest, Pyramid Breweries began as Hart Brewing in 1984 with the flagship brand of Pyramid Ales. In 1996, the company was reborn as Pyramid Breweries and currently offers craft beers produced under the Pyramid family of ales and lagers. With breweries and Alehouses in Seattle and Portland, Ore., Pyramid has earned 17 medals at the Great American Beer Festival (GABF), including the honor of Mid-size Brewery of the Year in 2008. The brewery also has been awarded seven medals in international competition at the World Beer Cup. For more information visit, www.pyramidbrew.com.