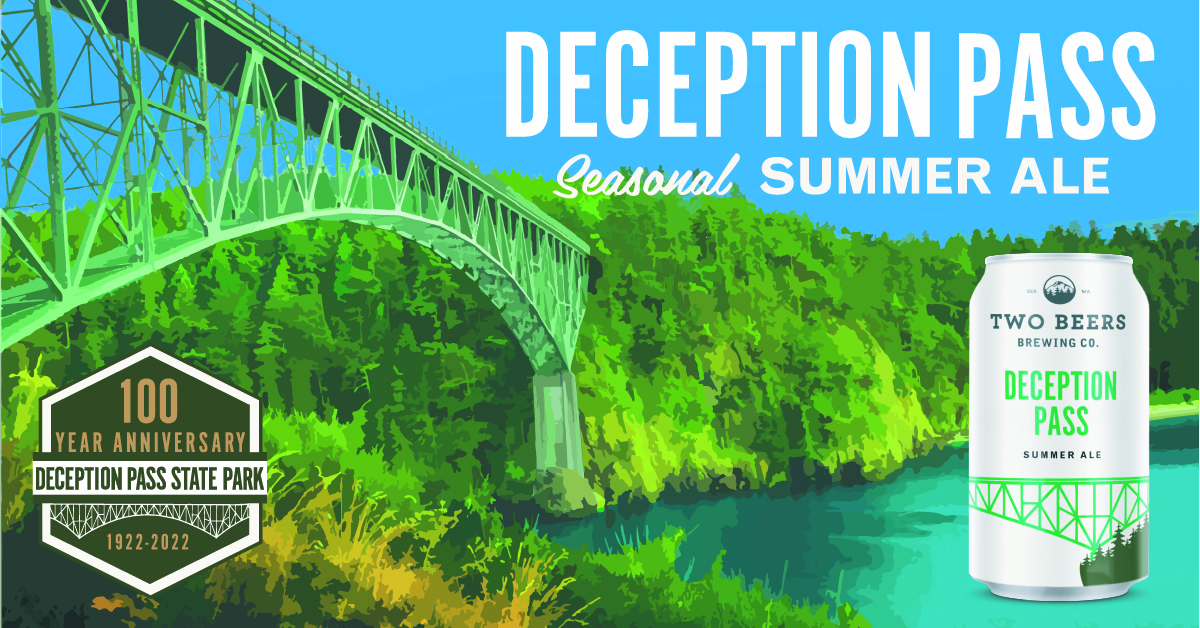 SEATTLE, WA (March 31, 2022) – Deception Pass State Park Turns 100 this year! Deception Pass State Park is the fourth most trafficked park in Washington State, with well over 2 million visitors annually. To encourage park visitors to experience, connect with, and protect the park’s unique resources, the centennial celebration includes a series of events throughout the spring and summer planned and hosted by Deception Pass Park Foundation. The money raised through these events and supporting partnerships will help fund capital improvements for the park for years to come.

The 2022 Centennial event series includes events for all ages and interests – something for everyone – including:

“The Deception Pass Park Foundation board and volunteers have been hard at work organizing an incredible list of events to commemorate the park centennial,” shares Terica Ginther, Board President. “As an entirely volunteer-run organization, we’ve invested significant time, thought, and love into planning these events and we hope to see folks from all over Washington (and beyond!) join us in celebrating 100 years of Deception Pass!” Event details can be found at deceptionpassfoundation.org. Sign up to attend or volunteer.

The biggest event in the Centennial celebration, the Community Picnic in the Park on July 23, brings back an old tradition started in 1919 before Deception Pass Park was even recognized as a state park. The 1922 picnic was even the location of the park’s original dedication. The Community Picnic will feature music, entertainment, food, festival vendors, and a beer garden. Event attendance is free and no registration is required, so please join the Park Foundation at East Cranberry Lake! The beer garden will have a varied selection of amazing local breweries: Two Beers Brewery, Anacortes Brewery, Chuckanut Brewery, District Brewing Co, Farmstrong Brewing Co, LaConner Brewing Co, North Sound Brewing Co, Penn Cove Brewing Co, and Wicked Tuna Brewing Co.

Many of the beers that will be featured at the Community Picnic have been specially created to commemorate the centennial celebration. Deception Pass Park Foundation has teamed up with Two Beers Brewing to release a seasonal Deception Pass Summer Ale. Felix Madrid, General Manager for Two Beers Brewing Co, was approached by Park Foundation Board members with the opportunity to create a celebratory beer benefiting the Park Foundation’s fundraising efforts. “Naturally, we try to include beer in all of our celebrations,” explained Madrid. “Our ethos at Two Beers centers around ‘Drink Beer. Go Outside. Be Happy.’ Creating Deception Pass Summer Ale is the perfect way for us to mark the momentous celebration in the best way we know how.”

About Deception Pass Park Foundation
Our mission is to provide financial and volunteer support to Deception Pass State Park to promote education and preserve resources.

Deception Pass State Park’s annual visitation rate is over two million! Your support plays a critical role in visitor’s experiences. All money raised goes to the direct benefit of the educational and resource protection programs of Deception Pass State Park. For information about the Centennial events, to volunteer, or donate, please visit deceptionpassfoundation.org