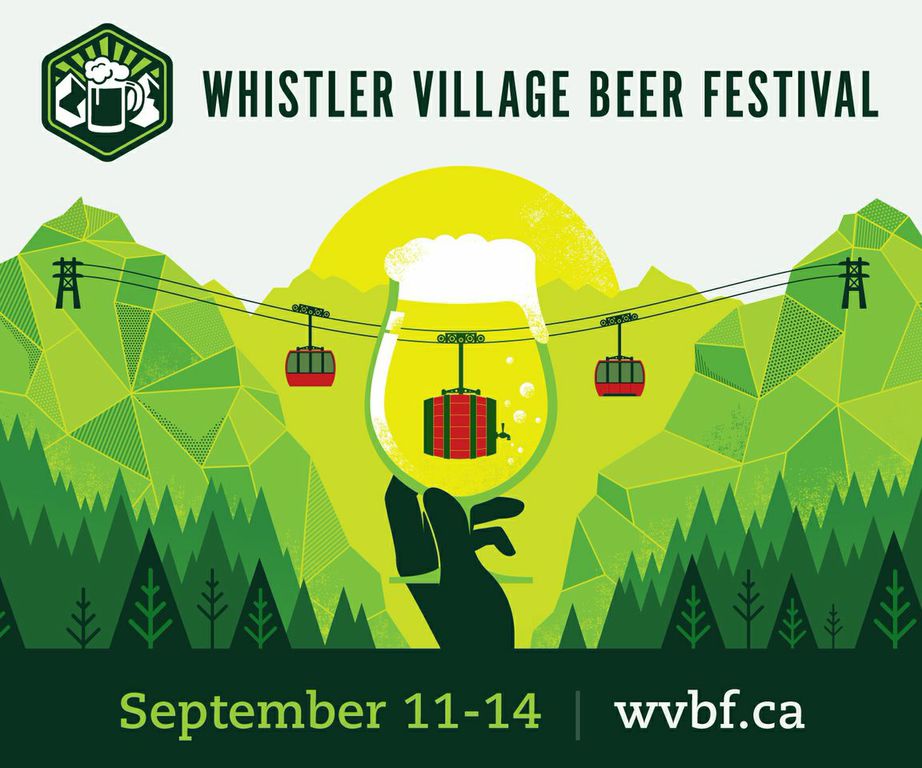 One of the greatest things that has resulted from the craft beer boom is that there are more and more craft beer events taking place in more scenic locations. Now in its second year, the Whistler Village Beer Festival is one fine example of this growing trend.

Set in the amazing and scenic Whistler and Blackcomb Mountains, the Whistler Village Beer Festival will attract over 4,000 attendees to the Whistler Olympic Plaza from September 11-14. Festival attendees will be sampling over 200 beers from 62 different breweries from Canada and the Pacific Northwest with a strong emphasis on British Columbia. 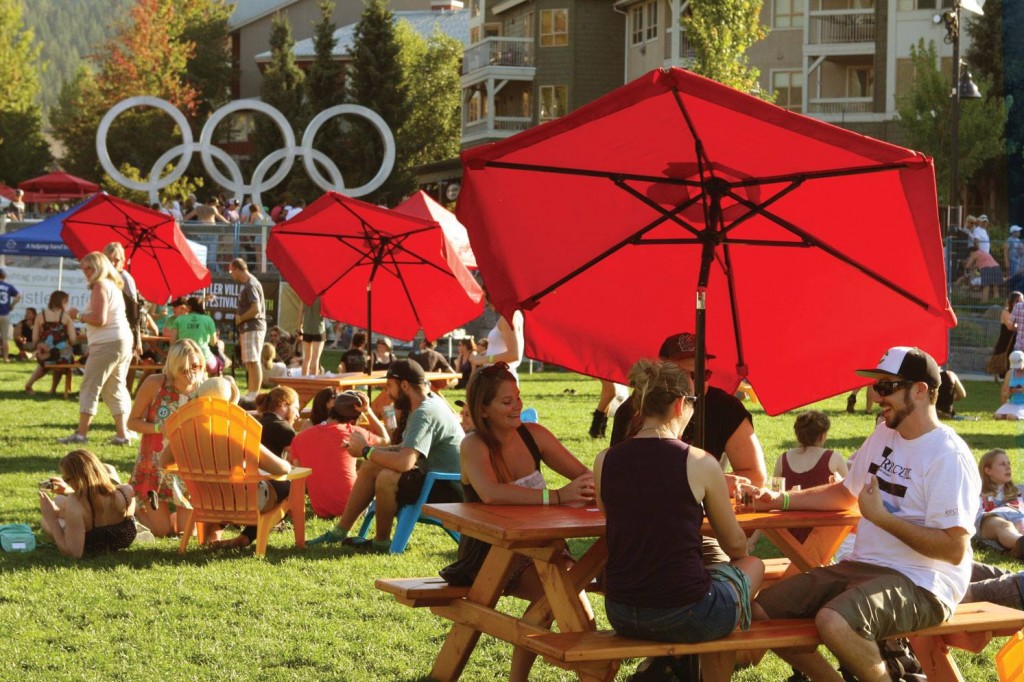 Of the 62 breweries in attendance, they will all be competing for the Best in Fest award. In the festival’s inaugural year Central City Brewers won this award for Red Racer IPA. The honor of the brewery that wins this award is that its beers will win one-year draft contracts at Whistler Village. This is a great award for a newer brewery to gain strong traction in this tourist driven town. The event attracts the “big boy brewers” like Philips, Granville Island, and Deschutes as well as some of the smaller operations like Four Winds, Parallel 49, and Gigantic. Who’s going to challenge the title at next year’s festival?

New for this year the festival organizers have expanded to a four-day line up of beer-focused events starting September 11, including cask nights, seminars, parties, award ceremonies, and brunches.

Ticket are currently still available for this years festival and can be obtained here. All tickets include a 4-ounce sampling mug, five sampling tokens and a $5.00 food voucher for use at participating Whistler restaurants.

For those that would like to fully relax and take in the long weekend, the Whistler Village Beer Festival has made planning a trip to the festival easy with some package options put together by the Gibbons Life team. With gold, platinum, and diamond options the packages pair events with accommodation options and access to some of the hottest tickets going.  Starting at $379 per person for their gold package, visit their site for more information on how to book here. 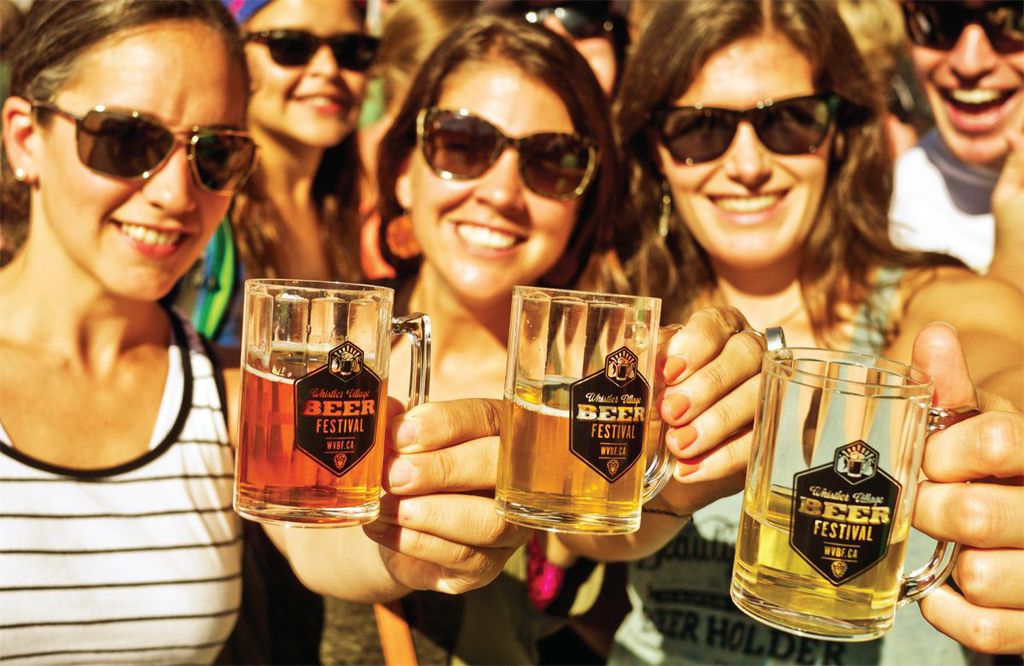 List of Events for the Whistler Village Beer Festival week:

Includes Brewery Tour, 1hr beer seminar, sampling and return transport to and from the Village.

History of Beer with Ken Beattie
Friday, September 12th | 4:00 – 6:00pm
The Mountain Club in the Westin Hotel
Travel through time sampling and learning about the 6 iconic styles of beer that shaped today’s world of beer!

Includes 6 4oz Samples and a 90 minute guided tour through the history and evolution of the styles.

Cask Showdown — The Mainland
Thursday, September 11th | 8:00pm
The Brewhouse Whistler
A showdown of carefully selected, talented & infamous brewers from the BC Mainland putting their special cask ales head to head with one another. Sample all 5 casks, talk with the Brewmasters and vote for your favorite cask of the night.

Includes 5 x 4oz Samples of all 5 specialty, one-off casks from hand selected Brew-masters from throughout the province.

Cask Showdown — The Island
Friday, September 12th | 8:00pm
The Firerock Lounge in the Westin Hotel
A showdown of carefully selected, talented & infamous brewers from BC’s Vancouver Island putting their special cask ales head to head with one another. Sample all 5 casks, talk with the Brewmasters and vote for your favorite cask of the night!

Includes 5 x 4oz Samples of all 5 specialty, one-off casks from hand selected Brew-masters from throughout the province.

Cask Showdown — Best In West
Saturday, September 13th | 5pm-8pm
Garfinkel’s
Head straight over to Garfinkel’s after the Main Event for an American cask/small batch battle! Featuring casks & small batch beauties from Oskar Blues, Lost Coast, Deschutes & Gigantic! Sample them all and help us choose who is crowned Best In The West!

Includes 5 x 4oz Samples of all 5 specialty, one-off casks/small batch from hand selected Brew-masters from throughout the West Coast of America.