Recently you may have read the New School Beer Blog’s post about the hype surrounding Russian River’s Pliny the Younger Triple IPA. To some, a highly sought after brew such as this should inevitably lead folks to extreme measures. For others, the hype repels those who believe firmly there are equal if not superior brews available that can be more easily obtained. Regardless of what your stance is on such a topic, there will continue to remain a fervent desire to possess such noteworthy specimens.

Relating to this sort of buzz for the next best beer, Portsmouth Brewery of Portsmouth, New Hampshire is preparing themselves for a whirlwind of beer geeks angling for their dibs on the brewery’s most anticipated brew, Kate the Great. Kate is an imperial stout that brewmaster Tod Mott has been making since his first days with the brewery in 2003. In 2007, Beer Advocate hailed the brew, named for Catherine the Great, a Russian Empress of the 18th Century, as the #2 beer on the planet, and the #1 beer in the United States. Mott, a humble brewer with a masters degree in ceramics, has brewed professionally with Harpoon, Commonwealth, Back Bay Brewing, Quincy Ships (where he was a founding partner) and, most recently, the Tap in Haverhill, where he designed and set up the brewing system. Many of today’s modern brewers in New England can thank Mott for his guidance in brewing and name him as an inspiration to their craft. 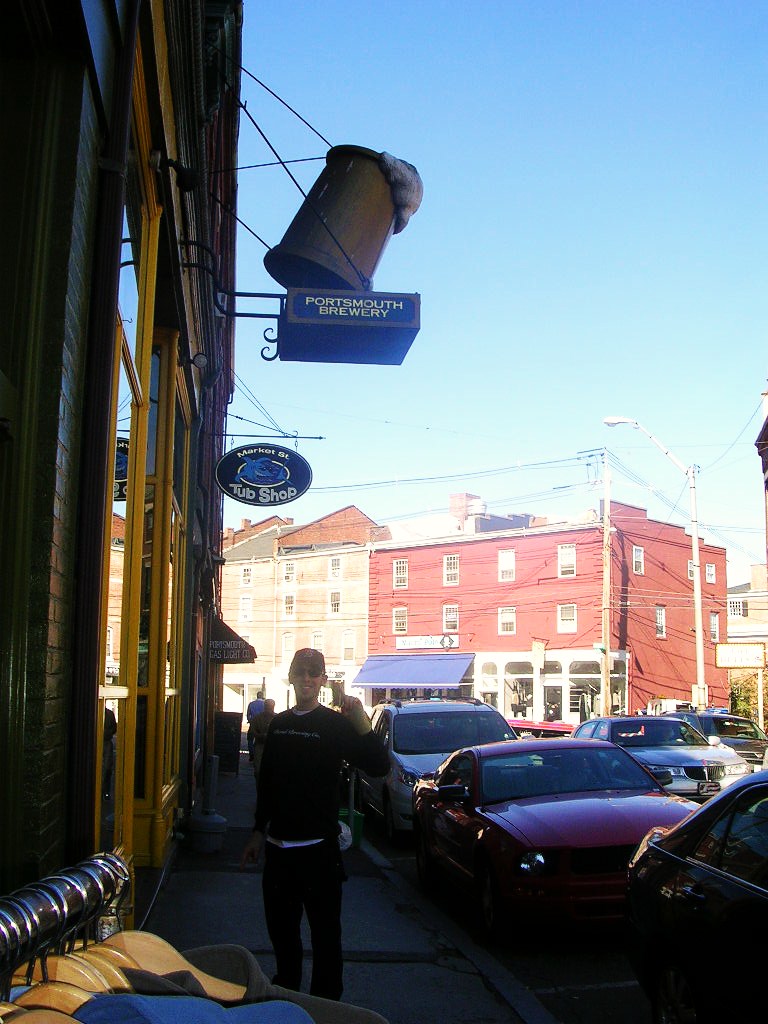 On March 1, 2010, zealous beer geeks will be found line-up, even camped out, in front of the downtown Portsmouth brewpub for a chance to purchase a bottle of Kate the Great. This once-a-year event is known as “Kate Day.” They will travel from all corners of the planet to have this uber-hyped brew.

Only a small quantity of 22-ounce bottles will be available for the the drooling masses. Mott says he never anticipated the hype that this Imperial Stout has generated and his brewhouse has struggled to keep up with the demand. “We never intended to have a lot of bottles until this whole Kate thing came along” says Mott. “It’s one of those snowballs that won’t slow down.”

Again this year, Kate the Great is, according to the aficionados at Beer Advocate, the most sought after beer in the country. “We’re trying to keep up. That’s all we can do” says Mott. “Unlike (Three Floyds) Dark Lord (Imperial Stout), where they do 40 barrels of beer, we do a double batch which is about ten barrels of beer.”  According to the brewer, Kate takes up tank space for ab

out five months, and the idea of making more of it just isn’t feasible at their current location. He also feels that expanding or using partner brewery Smuttynose to make the brew would compromise the integrity of the beer. In order to use the brewpub’s current capacity (1200 bbls/year) to its fullest potential, Portsmouth has elected to continue to produce a wide variety of palatable brews and refuses to focus solely on their most prized commodity. “We would jeopardize having the rest of our beers on and we prefer to have a variety of beer rather than just one beer.”

It is anticipated that crowd will set up camp as early as 4 a.m. outside the quaint Market Street pub. Mott states “(Kate) is a great beer. It’s worth the wait. Granted, I think the hype has gone a little to far. There are so many breweries out there making so many great beers, (Kate) shouldn’t be so highly sought after. We’re not going to sell out for the money.”

The jolly Mott concludes “People are kind of nutty, and it goes to prove they’ll do anything for a beer.”

Here is a video of Tod Mott taking about this year’s Kate the Great and Kate Day: