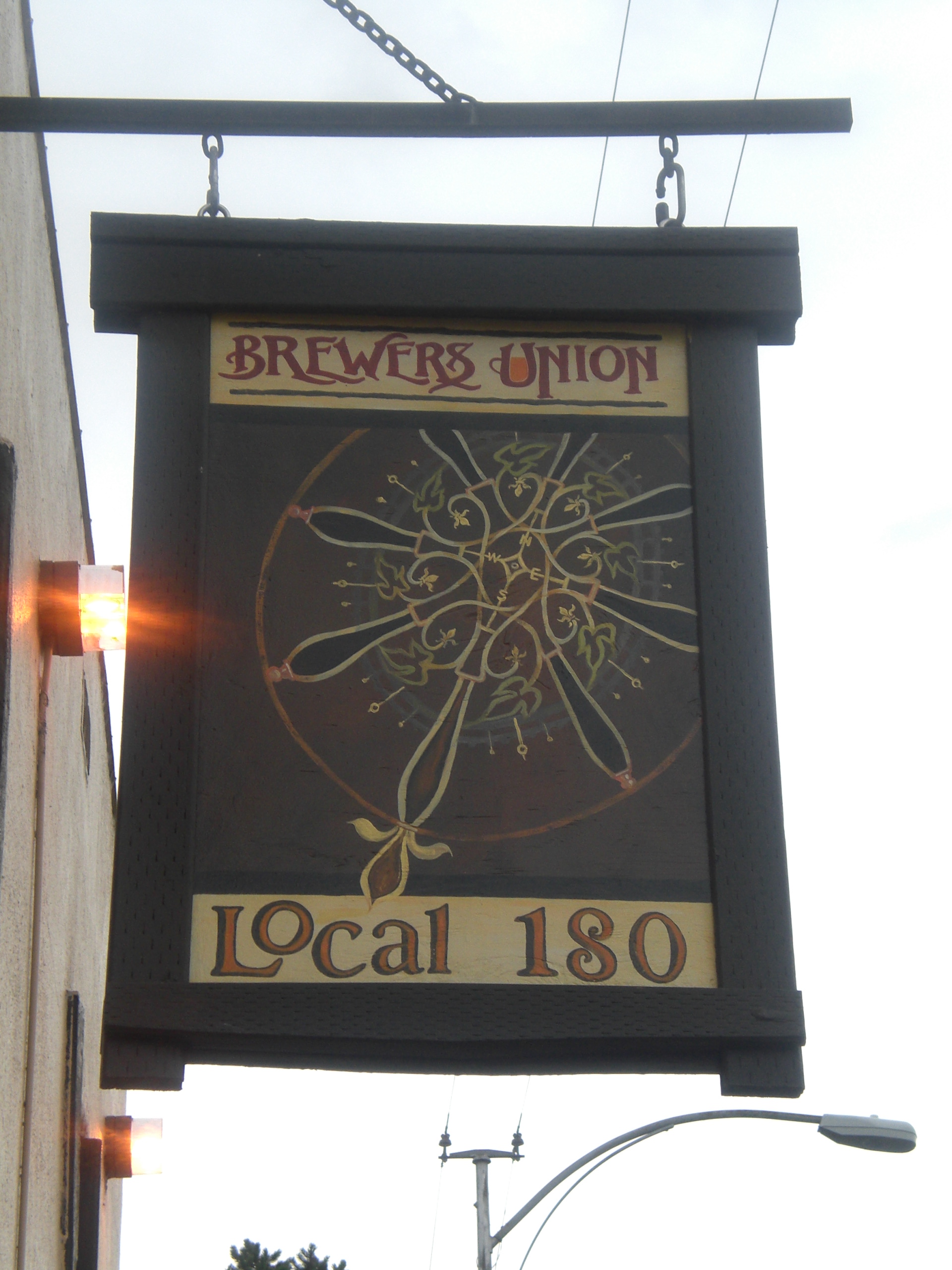 Ted Sobel and his Local Union 180 Brewpub has carved a unique niche in the Central Cascadian foothills-unique for Oregon, but not for England.

The quiet mountain town of Oakridge, Oregon rests about 45 miles east of Eugene at the foot slope of the Central Cascades.  Oakridge lies just off the Highway 58 and is surrounded on all four sides by groves of tall Douglas-Fir and Western Hemlock. Together with its sister town Westfir is compiled a small community of about 3,700 people. Incorporated in the early 20th Century by logging industrialists, today the area is a recreational playground with nearby ski areas McKenzie Pass and Odell Lake. The wilderness is home to nearly 300 trails within and hour-and-a-half of town, and is a popular getaway for folks in the Eugene and throughout Lane County and beyond.

Publican Ted Sobel, a native to upstate New York, settled in the area with his wife Patti in 1991 to enjoy the simpler life of Oakridge. “I had a hankering to move out here,” says Sobel. “We picked up Rand McNally, looking for a town near a college town that was completely surrounded by forest so we could find jobs.” Sobel, formerly a computer engineer at Cornell University in Ithaca, New York, decided to follow his true passion. Inspired by his travels throughout England, where he expanded upon his homebrewing know-how as a professional brewer at Hardknott Brewing. The Lake District brewery in Cambria at the Woolpack Inn is today the sister pub of Oakridge’s Union Local 180 Brewpub. Sobel returned to Cumbria three times to learn the details of brewing cask conditioned beer from Hardknott Brewing and the Woolpack Inn’s brewer-owner Dave Bailey. He also worked pouring grog for CAMRA, or Campaign for Real Ale, where he garnered a deeper appreciation for English traditions and claims he was “pulling a pint a minute” with a grin.

“Oakridge was a grumpy town when we moved here” admits Sobel with a smile, “but things are changing.” Sobel gutted and remodeled the entire building, and thanks to his labor and that of his wife and his business partner and friends, the building has transformed into a genuine and cozy destination for locals and tourists alike. Hardwood floors adorn the cottage-like atmosphere with different thematic rooms giving the pub much greater than just a bar attitude. “It started off some years ago when a group of us homebrewers would meet every so often” says Sobel. “It was nothing really formal, but we decided that if we got enough people together and enough cash, we could buy some stuff and share it, and then, ultimately figure out how we could sell it. I now know what is involved (laughs). The paperwork is amazing between the ATF, the OLCC, and so on…”

Brewers Union Local 180 distinctly sets itself apart as Oregon’s only all-cask brewery. This means that beer engines pour naturally carbonated ales from cellared barrels. “With cask conditioning, the beer is actually changing over night.” says Sobel. “Since we’re letting air go in to replace the air coming out, it evolves in the cask. It’s still alive and that’s one of the reasons I have to be careful. The first pull of the day I have to check it to see if it’s actually gone sour. It’s a hard job to take a little sip of each beer in the morning. We’re like a big homebrewer.”

As for “regular” beers available at any given time, Sobel is less concerned with consistency than simply producing an enjoyable, drinkable product. Says Sobel: “It’s not like Full Sail, where (our beer) has to taste the same everytime. Four of the beers currently on tap are my first batches. They are one-offs.” According to Sobel, the Union Dew IPA is one of the most popular offerings at Brewers Union Local 180. At the time we spoke with him, he was brewing his third batch of the citrus-hopped IPA. The Rye Humours ale is another popular selection that the brewer plans on keeping around for a while. It is a light rye stout with a toasted robust grain underpinning. Other beers Sobel has played around with include a ginger brew dubbed The Movie Star, a Tastes Like Chicken brown ale, and few different English bitters. “There are beer rating (Internet) sites where people write ‘Rye Humours, I had a pint of that…blah blah blah blah blah.’ Well, the next batch could be different. I could make a mistake…have a boil over or choose to use a little extra Glacier hops, or I could just make something different.” That’s part of the enjoyment for Sobel. He is a man who doesn’t want to be type cast by any beer. His concerns lie more with the atmosphere and traditions of the English pub where old friends congregate, and new friends are made.