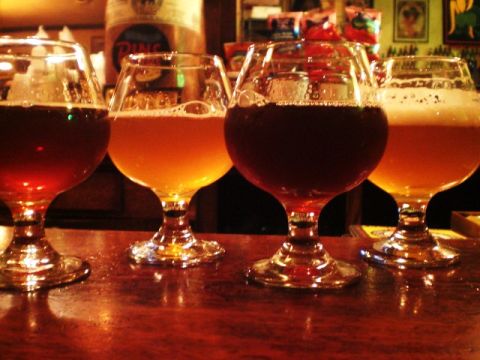 As you are probably well aware, Zwickelmania 3.0 takes place on Saturday February 19, 2011. On this special day during Presidents Day weekend, breweries across the state of Oregon open their back doors to allow beer enthusiasts an inside peak into the goingson of the brewhouse. While most people have only experienced craft beer from the taproom side of things, Zwickelmania is a nod of thanks to everyone who supports one of the state’s most viable trades.Named for the zwickel, or tap (literally meaning “nipple” or “sampling cock”) attached to the brite tanks or casks where beer can be assessed by the brewers during the fermentation process. The idea of zwickeling has more widely 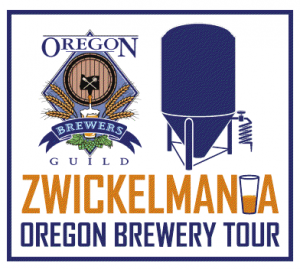 associated with wine in the United States, but hey, we’re in Oregon, right. In fact, the term “zwickelbier,” according to the German Beer Institute website, is actually a beer style believed to have “originated in the small artisanal and home breweries of Franconia. It is rarely exported to other German States or internationally. Thus, it is generally not available in the North America.” Well, at last count, Portland, a relatively young settlement of Westerners, has surpassed once reigning Munich in number craft breweries. So, it is easy to comprehend why the notion of beer zwickeling has caught on so quickly in Beervana.

From Ontario to Ashland and everywhere vastly in between, Zwickelmania is a phenomenon of sorts, in which it is illustrated how fortunate we are to be beer lovers living in the greatest region for craft beer on earth. With more options than any liver could possibly dream of fully experiencing, we recommend that you visit some of breweries that you’ve not explored before. This would be in the heart of the adventurous beer drinker that many craft zealots like us reveal. Perhaps the most important thing to remember is that drinking and driving is never okay, so get yourself a designated driver, utilized one of many shuttles or taxis that may be available, or, if you’re in Portland, get out on foot and hit up a region that is doable on foot. Afterall, Zwickelmania will be around next year, so you can explore more uncharted territory then.

Here’s a list of a few Zwickel-friendly brew spots that we recommend:

Alameda Brewhouse‘s Sean White has informed us that two special beers will be available for free tastings: My Bloody Valentine, which is their Blood Orange Saison featured at Brewpublic and Saraveza’s My Beery Valentine event. This brew employs Upright Brewing’s strain of proprietary yeast with a robust malt character and a delightful dark yet glowing hue. Caffeinated Bear, which is a special keg of the brewery’s award winning Black Bear XX Stout with a special twist. This limited batch was infused with three pounds worth of cold-brewed Kobos coffee per keg. Says White “We only made a single keg of this so it is in very limited supply, and it tastes amazing! Come try it!” 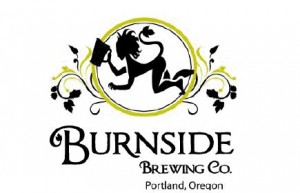 A few of Portland’s hottest new craft beer breweries this year are Burnside Brewing and Breakside Brewery (our head is spinning between “b-side” and “-tion” breweries in town!). Burnside features a beautiful spacious brewhouse on 7th and East Burnside, manned by former Roots Organic and McMenamins brewing adventurist Jason McAdam. Those in the know acknowledge McAdam’s creative spirit for beer recipes that include a once extinct, now revitalized Gratzenbier  (a smoked wheat ale style originated in Bavaria), a piquant yet creamy Oatmeal Pale Ale, and their newly unleashed Sweet Heat pepper spiced wheat (click here to read more on this one). 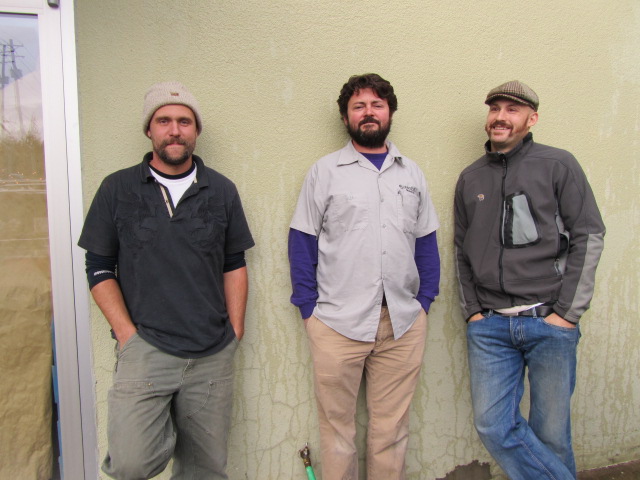 Breakside’s Ben Edmunds has been cranking out one-offs on a weekly basis from the cozy brew quarters off Northeast Dekum Street in Portland. Try their florally hopped IPA, one of the best in town, their Alt, flagship Wit, and a new low alcohol Wheat Gruit (just 3.5% ABV). Breakside is in an unsuspecting neighborhood for craft brew but thanks to their efforts, they are the first craft beer destination within about blocks. 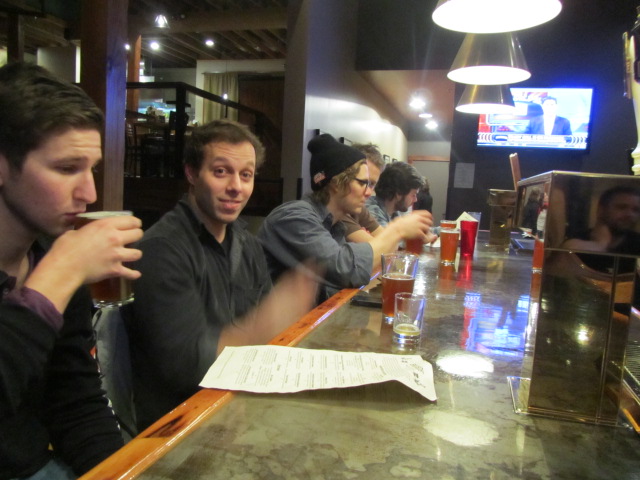 What kind of free tasting day would be complete without a trip to Cascade Brewing. For the first year, Zwickelers can experience their new Barrel House location (aka House of Sours) from 11AM-4PM, in addition to their Raccoon Lodge location near Beaverton from Noon to 4PM. Cascade says: 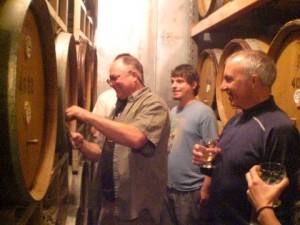 On the production side of the Barrel House (939 SE Belmont), we will be offering samples from the barrel, including Bourbon Blonde Quad, a raspberry barrel from the Noyeaux blend, and Honey Rye. On the pub side, we’ll be putting a special lineup on tap that includes a few favorites that have been gone for a bit. That day’s lineup of taps includes Bourbonic Plague, Vlad the Imp Aler, Sang Noir (2009), Sang Rouge, Kriek (2009), Apricot (2009), Noyeaux (2009), Beckberry, Saison (2011), Spring Gose (2010), Blueberry, Vine (2009), EIPA, Spiced Amber, Cascade Pale, and two live barrels. There’s even a Zwickelmania Shuttle Bus in the SE area, for which the Barrel House is a stop – view the route.

The Raccoon Lodge (7424 SW Beaverton Hillsdale Hwy) will be offering tastes of some of our outstanding specialty brews including Straight Bourbonic (from the Live Barrel Series), Sang Rouge & 2010 The Vine. There will also be tastings from the tanks off the zwickel. 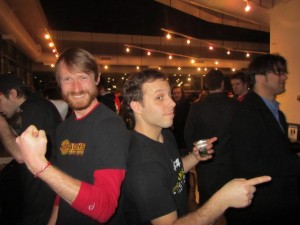 Hopworks Urban Brewery has a beautiful brewhouse with lofty ceilings and shiny bright tanks. Oh, and the beer is brilliant, too, in case you’ve just awoken from a five year slumber.

In addition to offering pours off their illustrious brite tanks, HUB is also set to provide free hugs (upon request) and a special gift. Assistant Brewmaster Ben Love says “Start off with a beer and sign up for tours in the bar, we’re running them every fifteen minutes, and one of our charming and talented brewers will lead you downstairs and show you where all the organic beer-making magic happens.” Did somebody say Kronan?

Laurelwood Brewpub at 51st and NE Sandy Boulevard promises to be a madhouse of zwickeling mania. Brand manager Micah Bell says that the brewery is gearing up for their tenth anniversary in March, and for the Zwickelers, they’ll be offering their Espresso Stout and Vanilla Porter with beer-laden cupcakes and a special chocolate bark treat. Also flowing at Laurelwood, it is rumored, will be a five year old sour beer known simply as Beer X. Don’t quote us on that, just heard things… 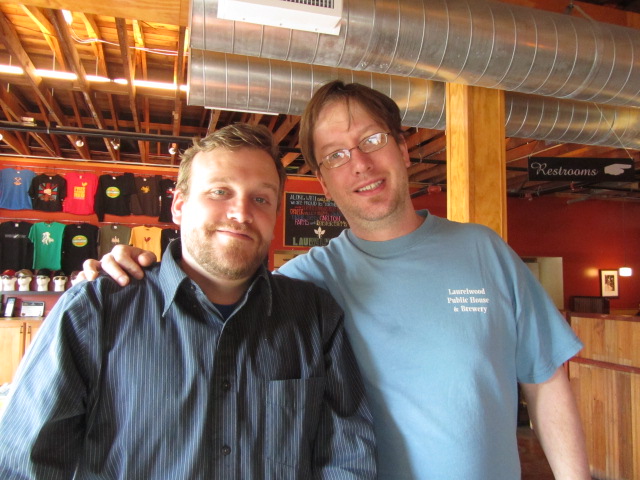 Migration Brewing is offering more than just a Zwickelmania event on this day. This Saturday also doubles as their one year anniversary. Migration co-founder Colin Rath says “That’s right, we’re taking our diapers off and partying like big kids! It’s been a great first year in business and it only seems fitting that we throw a rockin’ party for all of you that have helped make it happen. We’ll have plenty of music, new beers and good times!” The fun starts here at noon. 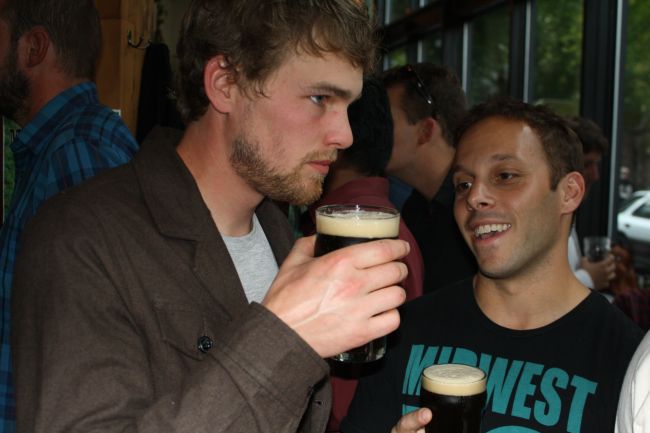 Upright Brewing’s taproom is often just open to the public on weekend and just before the occasional Blazers home game tip-offs. Brewers Alex Ganum and Gerritt Ill have so many one-offs and experimental beers along with their unique mainstay farmhouse styles, it’s easy to get lost in all their imagination. We recommend you try some of their barrel-aged treats and whatever tickles their fancy on this particular day.

There’s so much more to check out during Zwickelmania this year. For a more comprehensive list, go to the Oregon Brewers Guild website:  http://oregonbeer.org/zwickelmania/