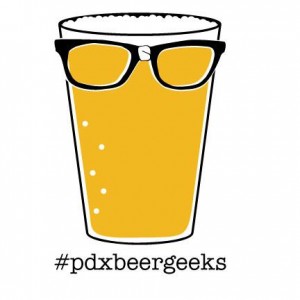 Portland, Oregon – Just one year ago, during Oregon Craft Beer Month, a couple of beery people met up over beers during Belmont Station’s Puckerfest. After an hour or so of hearty laughter and general mirth, they moved the party to a local brewery in an effort to further their #31beers / #31breweries accomplishments for Oregon Craft Beer Month. Born from initial friendship over local beer, and the resulting organization of a group of locals, monthly gatherings have ensued to enjoy and discuss craft beers, share homebrew, support local venues, welcome folks from out of town, and support craft beer in the Portland Metro area and beyond.

PDX Beer Geeks / #pdxbeergeeks© (the brain child of Michael Umphress (@mmcooljam) and Emily Engdahl (@emilyengdahl)) took flight quickly, developing into a small group with an informal gathering at Short Snout Brew. Beers were enjoyed… Brainstorming was done… and the rest, as they say, is history. Now over 500 fans strong, and in celebration of their first anniversary, join the PDX Beer Geeks / #pdxbeergeeks© as they toast this first great year.

The party includes special beers from Fort George, Natian, and The Commons, in addition to a special release by the little nano-brewery who hosted the very first meet-up, Short Snout Brewery of Milwaukie, Oregon. Debuting the Blackberry Sage Porter, the friendship fostered at that first Short Snout gathering propelled the geeks forward into a wonderful community, celebrating the cheer of beer all over our great nation.

18th and E Burnside in Portland