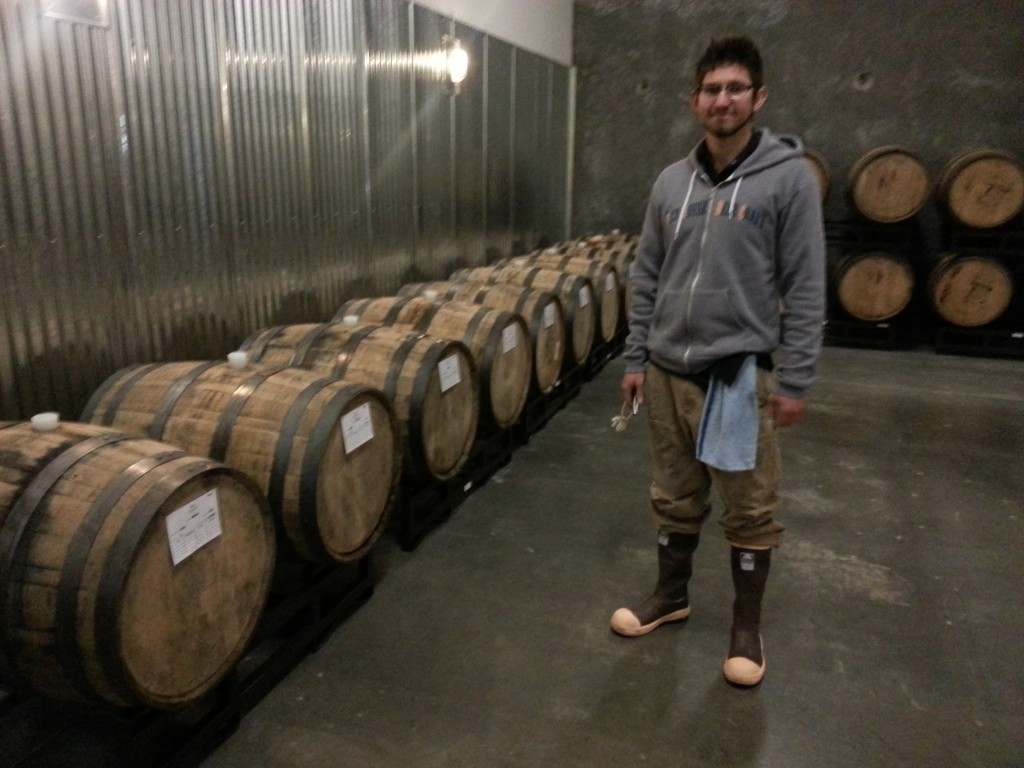 I love naming beers for breweries! The puns and goofball names for craft beer seems endless and is always a kick in the pants. When I heard that Breakside Brewery, one of my favorite Oregon brewhouses was using a name and concept I came up with while BS’ing around with brewmaster Ben Edmunds, I felt extremely honored. 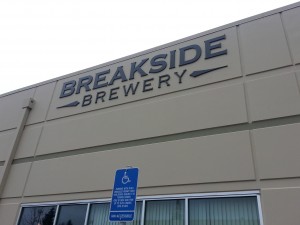 I really enjoy celebrating figures in the craft beer industry. Upright Brewing‘s Blend Love and Blend Edmunds are two of my proudest beer namings. Their nomenclatures pay homage to two of my friends and favorite brewers in Portland, Ben Love and Ben Edmunds respectively. Upright Brewing founder and brewmaster Alex Ganum has taken a shine to my zany naming abilities and has utilized a number of my ideas in his beers. A few others that have paid tribute to some friends/regional brewers include Upright’s Lactovasilios Berliner-style Weiss (named for Laurelwood brewmaster Vasilios Gletsos) and Upright’s Spollen Angel Belgian-style Tripel (named for Amnesia brewer Chris Spollen).

One of the most fun events I helped to put together was Van Night, a tribute to longtime community brewer and friend Van Havig, current co-owner and brewmaster of Gigantic Brewing (along with Ben Love). Several beers possessed Van Havig themes, such as Widmer’s Van Helles Lager (I even have a t-shirt to prove it!), Barley Brown’s Van Havoc (a re-naming of Shawn Kelso’s infamously hopped up Havoc ale), and Ninkasi Brewing’s Havig Your Way.

Even Breakside Ben helped us formulate and brew a beer for 2011’s KillerBeerFest dedicated to the beloved Ganum. A rooibos infused ale aptly named Alexander Legume. Now, our fun-lovin’ buddies at Breakside have made use of another tribute name that is actually a beer developed by the man for which it is named. Breakside Brewery’s Barberhop Quartet is a double IPA named for senior brewer Sam Barber. Making use of four wonderfully aromatic hop varietals, this bombastically bold West Coast release is sure to satiate the most lupulin hungry hopheads around. Here’s more on the new Barberhop Quartet from the Breakside brewmaster:

Barberhop Quartet is the inspiration of Breakside’s Senior Brewer, Sam Barber and credit for the name goes to Breakside’s good friend Angelo DeIeso of Brewpublic.com. Designed to mimic the IPAs of central California, this beer is light in color, dank and delicious. Upon first tasting the beer, Breakside’s Director of Brewing Operations, Jacob Leonard exclaimed, “Finally, proof that God does exist!” Opting for a different flavor profile than Breakside’s other hop bombs, Sam used four a quartet of American hops: Columbus, Amarillo, Citra and Cascade. Assistant Brewer Keith Vandervort added, “This beer is so hop forward, it was as though Shawn Kelso came in and brewed here. The hop fridge was totally cleaned out. It made doing inventory super easy that week.”  Though Breakside’s lab doesn’t isn’t equipped for mass photospectrometry, the brewers are quite sure that this Double IPA clocks in at 8.5% and 170 IBUs.

Host bar NWIPA specializes in offering the tastiest hoppy beers around and serves delicious sandwiches and snacks: thus it is the perfect place to celebrate a beer such as Barberhop Quartet!  In addition to Barberhop Quartet, this event will feature a number of Breakside beers, including Breakside IPA, Dry Stout, Aztec Ale, Woodlawn Pale Ale and Pilsner. Sam and the other Breakside brewers will be on hand to discuss the beer, raffle off some Breakside swag, and share some good beers.