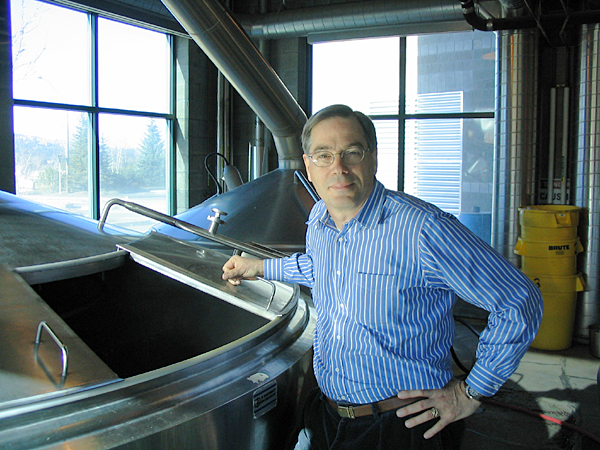 Deschutes Brewery announced today that Larry Sidor, Brewmaster, is leaving the company at the end of the year to pursue a lifelong dream of starting and running his own brewery. Sidor has been at the brewery for eight years, following 23 years at Olympia Brewing Company, in development and production at a Yakima hop dealer and creating a small winery. 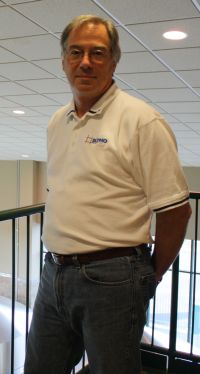 “My years at Deschutes Brewery have been incredible. I’ve thoroughly enjoyed leading and collaborating with the brewing team to hone and create its phenomenal portfolio of beers, but also originating new beer styles and brewing techniques,” said Sidor. “I will always be proud of the work we’ve accomplished together, and be grateful for the support of Gary and the leadership team for taking creative risks. While I transition to the next phase of my career, over the next several months, my heart and head will be with the Deschutes Brewery team and will remain focused on their continued success.”

With Sidor at the head of the brewing department at Deschutes, the company has added many new brands to the portfolio including Hop in the Dark, Red Chair Northwest Pale Ale, Inversion IPA, The Abyss, The Dissident, and several barrel-aged specialty beers. Sidor will continue on at Deschutes Brewery through the end of 2011 while the company integrates a new brewmaster over the next several months.

Gary Fish, Founder and CEO of Deschutes Brewery, said, “While we are sad to see Larry go, we are excited for him being able to realize his life-long goal. His contributions to the brewery are innumerable, and he will be missed by us all. Now, we’re announcing that one of the best jobs in the industry has just become available! We are looking ahead with excitement toward the future.”

Deschutes is the original brewery in Central Oregon, a place which has now become a hot spot for craft brewing. A search is underway for a replacement for Sidor.

Q and A with Larry Sidor from Deschutes Brewery

Q.  How many years have you spent in the brewing industry?

Q.  What roles have you held? What role did you enjoy the most?

A.  The greatest amount of my time has been in brewing operations with significant contributions to process and product innovation.  My personality is such that everything can be better.  My belief is that all products can be improved to meet customer expectations.

Q.  What’s your favorite part about brewing beer? What has been the greatest challenge for you?

A.  Wow, this is a hard question to answer.  It would be easier to answer what I don’t like about brewing.  And that answer would be nothing.  The greatest challenge for me has been understanding what customers wants. This has always been a moving target and currently the target is changing at an incredible rate. The rewarding part for me is that customer expectations are lining up with my personal beer preferences. A saying in the craft beer industry is that “if you brew beer for yourself, the customers will follow.” 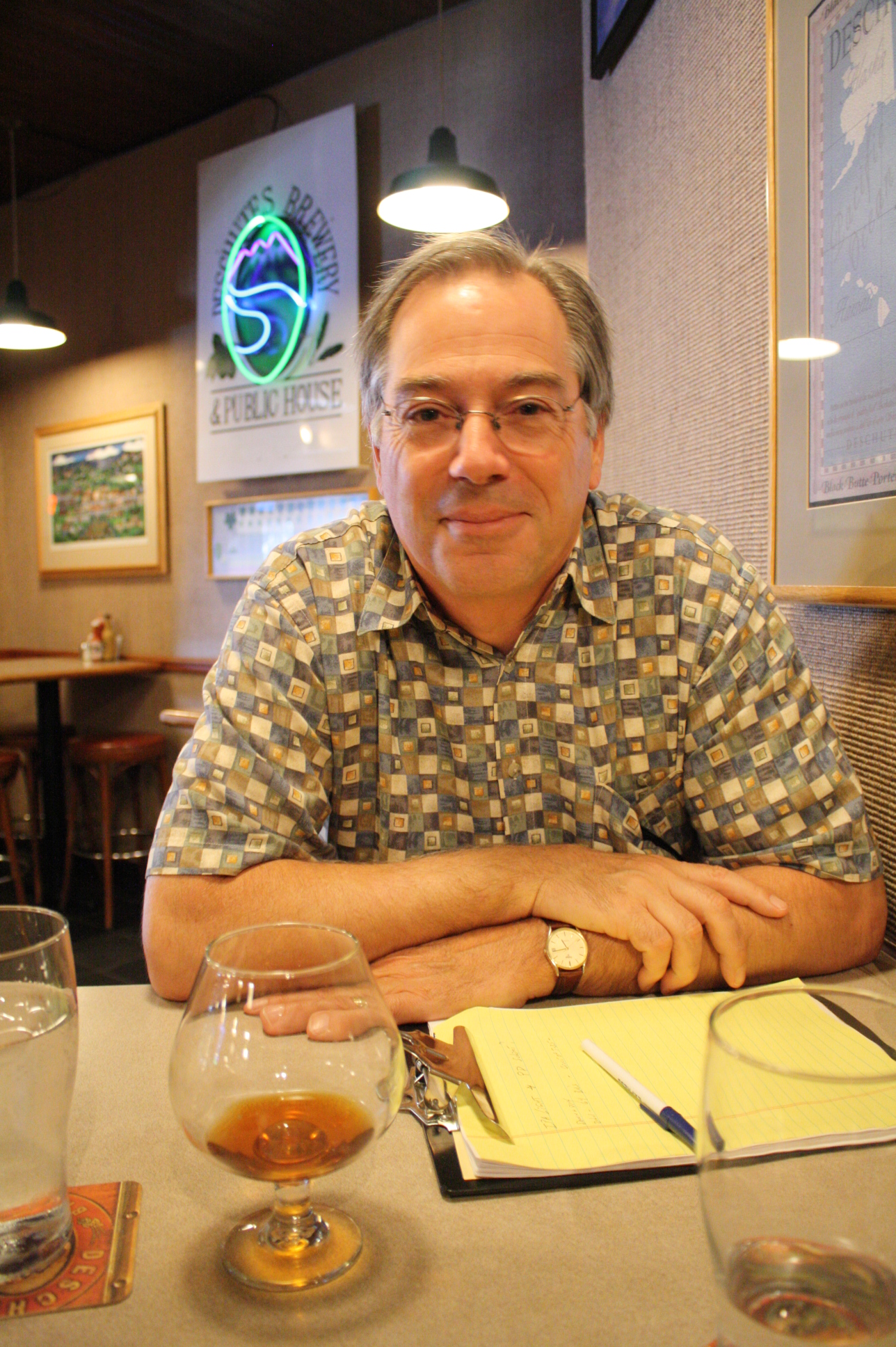 Q.  You’ve also spent some time making wine – in your opinion how different is it from making beer?

A.  I have spent time both growing wine grapes and making wine.  I found that great wine is more about what is done in the vineyard than in the winery, hence the term used in the wine industry of “winegrowing”.  I grew up in a very agrarian home and agriculture is very dear to my heart.  But brewing is my passion.  With brewing, the brewer has a worldwide supply of raw ingredients that can be brought together in limitless combinations.  As I’ve said in the past, I believe craft brewers have only begun to scratch the surface of taste profiles that will be achieved in the future.

Q. From your perspective, what have you seen happen in the craft brewing space over the last several years? What changes have been significant?

A.  There are really too many to mention, but I will attempt a few.

First and foremost is the customers.  They are the engine that drives what I do.  They are rejecting commoditized bland beers that are sold by slick advertising “lifestyle” campaigns in favor of more flavorful beers which enhance their life experiences.

Second is also the customers.  One of my favorite beers developed at Deschutes is The Dissident, a sour beer.  This is a beer which we began developing in 2004.  At that time, it was a direction I really wanted to go, but it was met with skepticism.  Now, The Dissident is one of the beers I field the most questions about. The shift in customer awareness and acceptance has been simply mindboggling.

Third would be the suppliers.  From malt, to hops, to equipment, the improvements have been pivotal in allowing the craft brewers to make higher quality and innovative beers. I get goose bumps when I see Cascade hops being grown again in the Willamette Valley. The exciting new hop varieties which are being released have rocked the craft world. Deschutes was pivotal in the release of the Citra hop and are currently supporting two other new varieties; Bravo and Delta.  The new and innovative specialty malts that are being roasted by our maltsters are allowing us to explore new and exciting flavors.

Q.  You’ve been with Deschutes for 8 years. Tell us about your tenure at the company and what you see as your biggest accomplishment while there?

A.  Without hesitation, development of the Brewing Team. I believe Deschutes Brewery has the best and the brightest brewers in the world, bar none.

Q.  You have recently decided to start your own company. What was the driving factor behind this decision? Is it a natural next step in your brewing career?

A.  I have always wanted to have my own business.  I accidently got into the brewing business when I was trying to raise money to start a winery.  One fateful night I stopped by the Olympia Brewing Company in Tumwater Washington to see a friend.  I had no intention of working there because I wanted to make money fast so I could get on with my dream of a winery.  But a late night tour of the Olympia brewery and I was hooked for a lifetime.  Olympia was my first dream job.  Over the years, plans to start my own brewery came and went and other things in life got more attention.  I fell in love with sailboat racing and a gal from Seattle, ended up getting married, building a house and soon a son and a daughter.   Later we moved to Yakima where we bought a vineyard and I worked for a hop company.  We really enjoyed owning our own business but it confirmed that brewing is my passion, not winegrowing.  We sold the vineyard and took another dream job with Deschutes Brewery.

Q. What kind of business venture (or craft brewing venture) are you exploring?

A. I can’t wait to share the details with you — the Central Oregon community — and the Brewing Community — but I’m not ready to talk about it just yet. As soon as I have more information, I’ll make sure you get the details. If all goes as planned, it’s going to be a very exciting project. For the next six months, my heart and head will be focused on my work at the Deschutes Brewery. I’m invested in the ongoing success of Deschutes Brewery, both personally and professionally, and I want to keep my energies here until I’m ready to move forward with my personal venture.

Q.  What will you miss the most about being at Deschutes?

A.  The loyal Deschutes customers, fellow employees, and the vast resources Deschutes has.

Q.  What type of brewer do you see filling your shoes at Deschutes?

A.   An experienced innovative brewer who will support and grow the current brewing team.