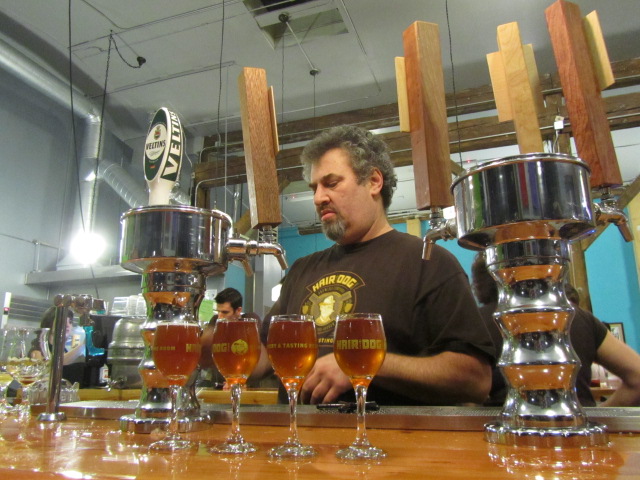 As mentioned earlier last week, the past weekend was loaded with craft beer-centric events around Oregon. One could conceivably jet to the coast for Pelican’s Perfect Storm Mother of All Storm release or down to Corvallis for the much anticipated bottle release of Block 15’s Figgy Pudding. Still, for those of us who were resigned to the confines of Beervana, there was still enough to keep one’s head spinning. In fact, we’re not certain we’ve seen as many happenings jam packed into one weekend since the esteemed July, aka Oregon Craft Beer Month. And still, the past weekend gave some of those weekends a run for their money. 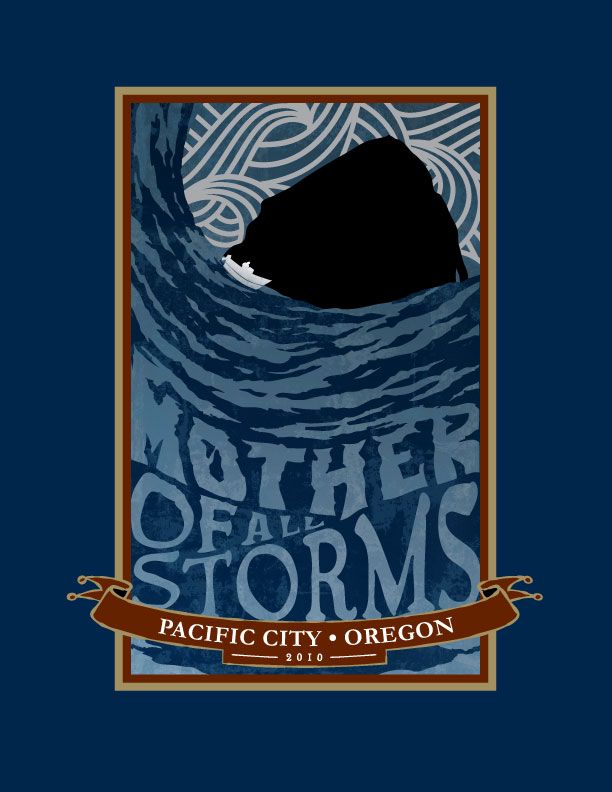 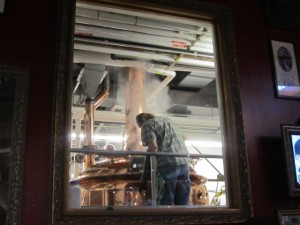 On Friday morning we headed downtown to Deschute’s Portland Pub for the first release of The Dissident Flanders-style Oude Bruin since it first appeared in 2008. A small line had accumulated along the walkway between the bar and restaurant side of the establishment. A few off-duty Deschutes employees were among those giddy for their six bottle limit being rung up by the main entrance where hosts greet and seat patrons. With 20% less Dissident produced than in ’08, and with the brewery expanding its reach into more states, the availability of the 10% ABV, 25 IBU wild ale was indeed a bit scant (somewhere in Texas a fan of such beer is stockpiling bottles like handguns and ammunition). After scooping up our six bottles (at an affordable $12 per 22-ouncer), we parked at the bar and treated ourselves to a snifter of the stuff from the tap. Tart, assertive, yet smooth with notes of chewy chocolate and dark fruit. Complex and a bit more assertive than the bottle of ’08 we recently scored from our Beervana friend Jeff Alworth (read his thoughtful description of the beer here). Starting your day with a stalwart sour ale can be a daunting task, but quite worth it considering the limitedness of the catch. Portland brewer Ryan Schmiege was working in the brewhouse prepared for a special food pairing of the beer that would also include Deschutes Benderweisse, a Berliner-Weiss-style ale, and a one-of-a-kind Sour Cherry Porter, an inoculated rendition of Black Butte Porter with a quantity of mouthwatering sweet and tart fruit added. Since these two beers would not be available until 5PM on this day, we would try our luck obtaining tastes later in the weekend. 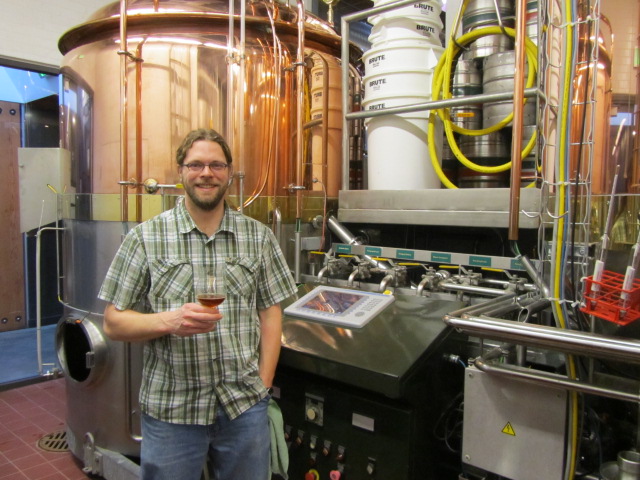 Friday night begot a birthday celebration for our brother Mario. To ring in his 37th year on the planet, we took him out to Dante’s club for entertaining live music of the band Beatallica. A fusion of Beatles and Metallica sounds, the Milwaukee, Wisconsin quartet rocked out with humorous hybridized numbers such as “Hey Dude”, “We Can Hit The Lights”, and “Garage Dayz Night.” Unfortunately, the beer prospects at Dante’s was less entertaining, as shaker “pints” of stale Mirror Pond from dirty tap lines was a far inferior option to Deschutes’ pub offerings earlier in the day. We found solace with a nightcap at The EastBurn where refreshing legit pints of Oakshire Watershed IPA was amongst the weekend’s highlights. 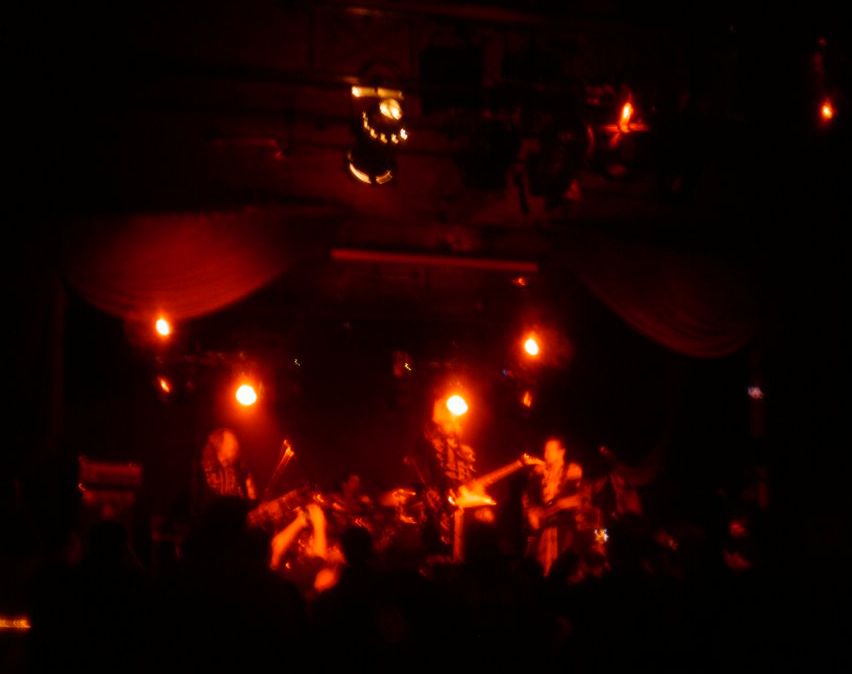 Saturday’s citywide options were daunting and we spent the early part of the day doing housework before paying a return visit to Deschutes for some of the Sour Cherry Porter. We were pleased to taste this Brett-heavy brew featuring a murky brown-black headless body and lots of cherry flavor. Soon after, we visited our friend Jason Wallace of the Portland Beer & Music blog to share some beers while catch a bit of college football. After a growler of Walking Man Anniversary Oak IPA then some 2009 Real Ales Sisyphus Barleywine Jason brought from his native Texas, we made our way down to Hair of the Dog’s tasting room to experience the offerings released at their 17th Anniversary weekend. 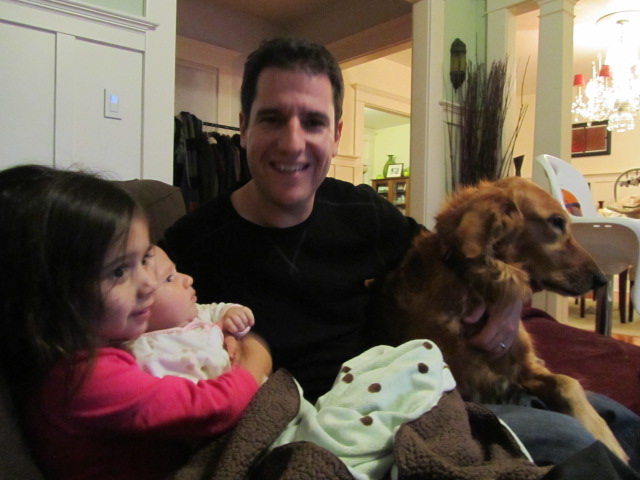 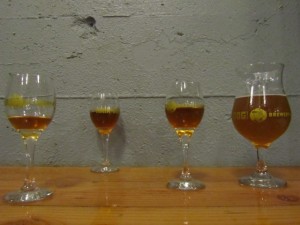 At Hair of the Dog, we started with 3-0unce pours of their newly unveiled Apricot and Peach Freds, each aged 17 months in oak barrels. The Peach version was a creamy, sharp, and rather palatable brew. While it didn’t wow us, it was certainly an interesting specimen. The Apricot Fred was completely a different story. Word on the Twitter and blogosphere forewarned us that this particular Fred was a jagged little pill, but we had to taste first hand. It was simply horrendous if categorized as a beer. As a salad dressing, it might have suited us far better. The Apricot destroyed our taste buds and burned our stomach with enough acetone to paralyze most mammals. Vinegar and nail polish remover dominated every sector of our senses making this 3-ouncer undrinkable beyond the first quaff (as Bill from It’s Pub Night accurately penned it “Can’t believe they’re serving Apricot Fred – acetone-vinegar disaster). Note to brewers, just because a beer takes substantial time and money to concoct, doesn’t mean you should sell it, especially when it is as horrendous as this year’s Apricot Fred. A glass of HOTD’s cask Doggie Claws barleywine and Blue Dot Imperial IPA were, to the brewer’s credit, quite pleasing. After these, we elected to test the waters with the second release of the brewery’s Matt. Named for the founder of Bottleworks and Brouwer’s Cafe, Matt Vandenberghe, it is no surprise that the price tag of this beer would be exorbitant. $15 for a 12 ounce bottle (or $1.25 per ounce) was almost laughable, but being adventurous, and hoping for something that might hold up to age, we went out on a limb and purchased three bottles totaling $45. Quite different from the inaugural release of Matt last year (which sold from $12 each), the newer version was more centered around the bold malt complexities featured in a faintly carbonated body. 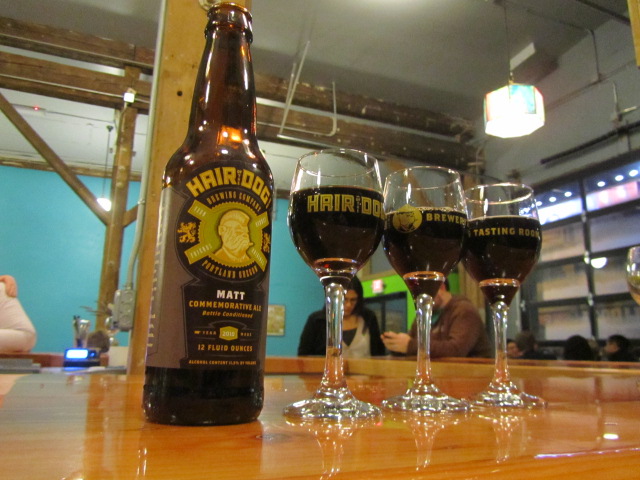 It seems more and more breweries are jumping on board to sell big specialty beers with eye-popping price tags. Spending over a dollar per ounce for a beer is not something we’re new to (especially at places like Brouwer’s or Cascade Barrel House, but here was a beer clearly, in our humble opinion not superior. From a persuasion theory class in college, we have come to understand that charging a premium for a product appeals to many consumers who, indiscernible to the variables that might otherwise determine value, are often more willing to equate this to a higher value. Notably, the burden is on the consumer to make an educated decision, and we accept this indiscriminately. Further, it appears that with more of these pricey beers on the market, the overall persuasion is curbed, and that many people are less apt to open their pocketbooks so readily consenting. Still, we advocate supporting your local craft brewery, though there must be a line drawn somewhere in the sand. 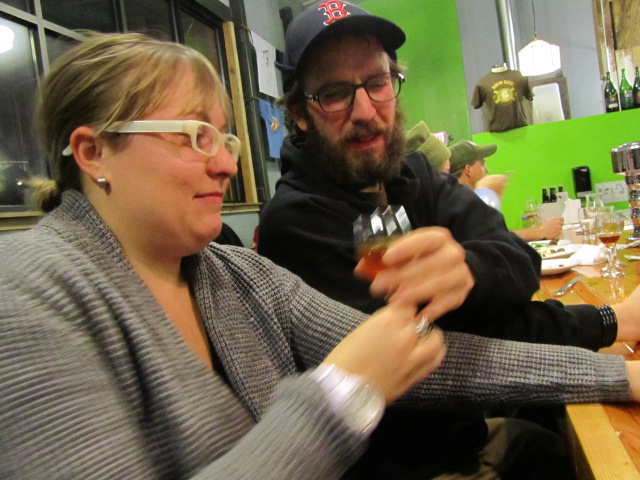 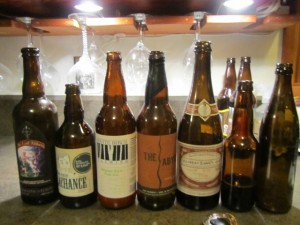 Sunday we joined our friends Ritch and Amy Marvin for a friendly football rivalry and some bottles of choice brews. The Marvins are Indiana natives and lifelong fans of the Indianapolis Colts, who were engaging in an ever-anticipated rivalry with our New England Patriots. After a nail biting finish, we were happy to leave with our Pats finishing on top, this time by a mere field goal. Some favorite beers of the day included Ritch’s homebrewed Czech Pils and Cascadian Dark Ale, as well as bottles of 2007 Deschutes Abyss, Lost Abbey Serpent Stout, Orléans Antoine Pépin Dit Lachance Weizenbock, and White Birch Belgian-style Pale Ale. 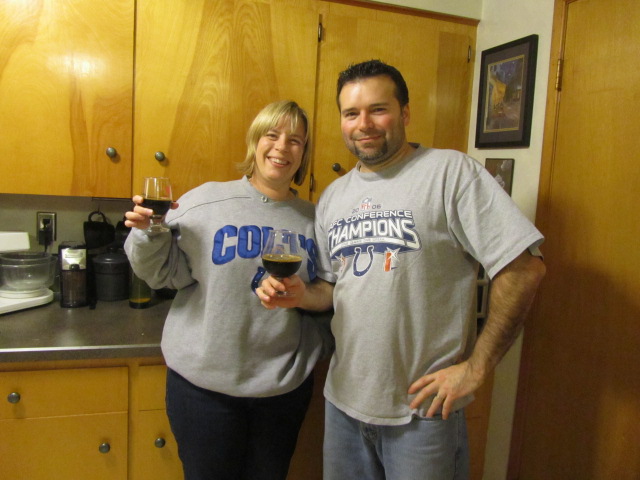 Later in the night, we experienced the premier episode of Discovery’s latest show about beer called “Brew Masters” hosted by Dogfish Head founder Sam Calagione. Look for a review to some soon.

In total, the weekend was quite fun and lots of interesting beer was tasted. Now we look forward to Thanksgiving’s elongated weekend ahead with friends and family.