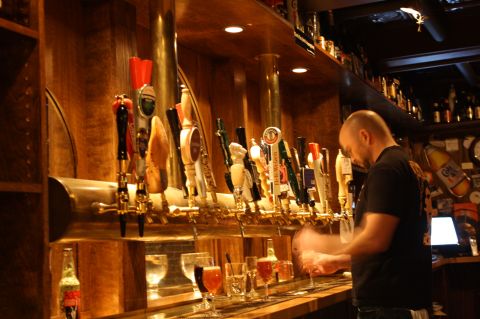 A night in Portland, Maine definitely calls for a stop at a Novare Res Bier Café. Named one of Imbibe Magazine’s best 100 places to drink beer in America in 2008 it is not difficult to see why. Located in the Old Port District of downtown near Castro Bay, Novare is situated in the lower story of a rustic dimly lit brick building. Featuring 25 draught beers, two beer engines, and offering more than 300 bottle brews, it is easily one of Maine’s top beer destinations. 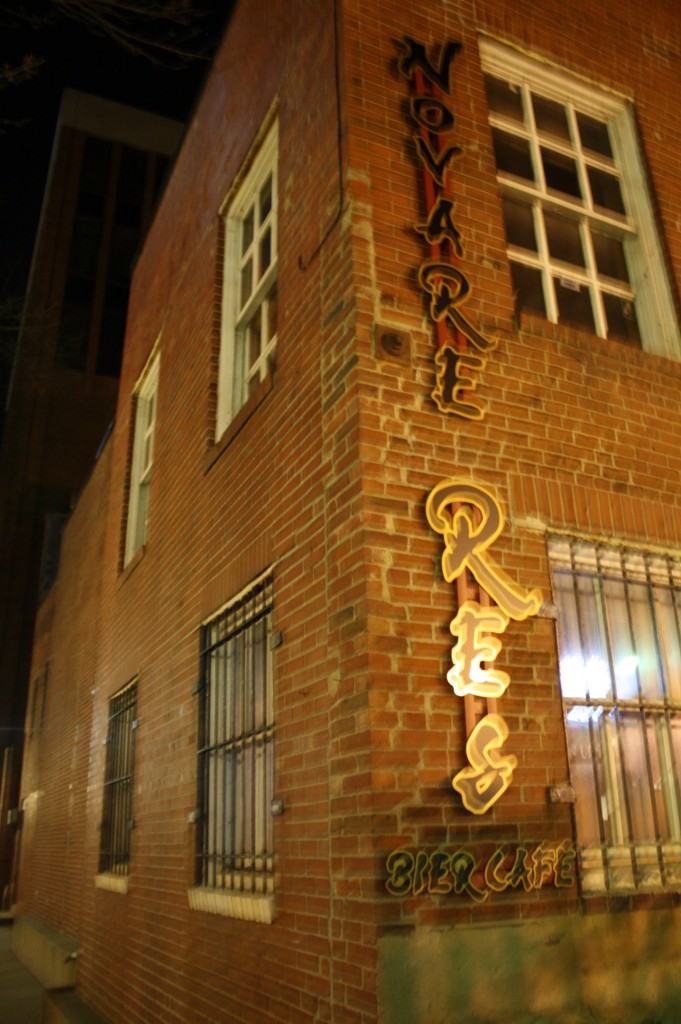 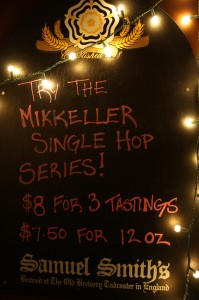 Upon our visit Novare Res  offered  a flight of Mikkeller’s single hop series beers on tap that we couldn’t pass up. Cascade, Amarillo, and Warrior varietals served in tidy little stem glasses provided a nice contrast of the three Northwest hops side by side. Mikkeller Cascade poured a burnt orange hue and a thin white head with a chewy fruity nose. This dual purpose hop exuded big sticky and bitter character perfect for both a malt counterbalance and magnificent floral aromatics. The Warrior IPA shined a burnished ruby-orange color with a thick frothy white head. In addition, resinous pininess dominated the nose and lingered into the flavor that complemented a lingering caramel and esterous body. The Amarillo IPA also held a shiny orange body with a similar thick white top. Great bitter hops and sweet malts play worked with a prominently astringent mouthfeel. The fruity esters of this beer were relatively subdued in contrast to the Warrior. This serves as a wonderful opportunity to educate the palate while enjoying some of the best hoppy beers on the planet. 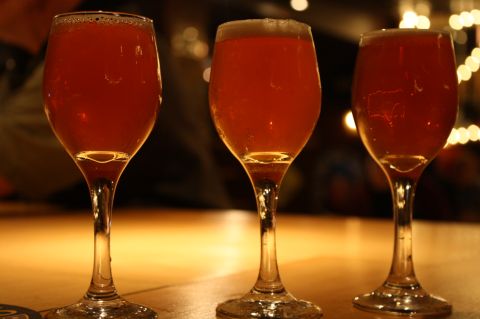 Also pouring at Novare Res was Haverhill Brewing’s Ascension Ale, a Belgian-style American IPA hybrid. Featuring Pilsener malt, Saaz hops, and a boatload of zestiness, this 7.3% ABV brew did a nice job of melding grassy hops in an effervescent body.

There’s a lot of great beer to enjoy at Novare Res, but  it’s an easy place to miss. The entrance is in a tucked away alley just off the beaten cobblestone path. If you find yourself in Southern Maine, it’s a fantastic mellow environment to unwind at the end of the day and lose yourself in vast Belgian and regional offerings. 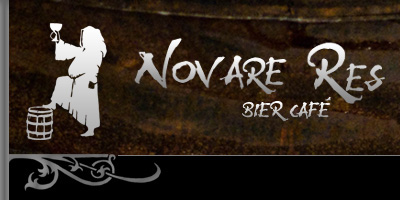 Coming up on April 27, Res Novare will feature eight taps of Scotland’s BrewDog beers, one on cask, and a representative from the brewery will be on hand.