When we were in Chicago, we were disheartened to come to the conclusion that due to tornado conditions we would not be venturing to Michigan for our planned visits with New Holland, The Livery, and Bell’s. Feeling a little dejected, we kept our chin up and I was able to catch up on some beer blogging as well as packaging up multiple cases of craft beer I had purchased throughout our beer adventures.

With 22 locations through the Chicago area, Binny’s Beverage Depot in Elm Park was a good choice spot to pick up wine mailers for our treasures. When we arrived, I was pleased to find the chain was celebrating International Craft Beer Month with a sale on over 400 delicious brews. At Binny’s I was mesmerized by a plethora of hardy brews including Bell’s Expedition Stout, Southern Tier Imperial Cherry Saison, and New Holland Dragon’s Milk. My only regret is not having my own refrigerated trailer to drive back to Oregon. Binny’s selection was phenomenal and the manager was geeked on his selection as well. He informed me that I just missed out on a small shipment of Founders Kentucky Breakfast that recently became depleted. Oh, well, can’t win ’em all.

After spending the rest of the early afternoon packing up the beers I obtained, we headed down the street from my friend’s place in Oak Park through wind and balmy conditions to Poor Phil’s, a gem of a corner pub. The weather never got as crazy as projected by the weather reports, but it did cause multiple delays for the Cubs baseball game that was on the television in the pub and things certainly got worse outside from when we arrived.

The feel of Poor Phil’s was that of a classy, vintage sports bar with Cubs, Bulls, and Bears memorabilia scattered throughout and classic brick, copper, and wood fittings that gave it an ambiance like the fictitious set of Cheers (the television show set, not the actual cramped Boston basement pub). The libation selection was stellar. My sights were on the beer, naturally, and I found some badass taps to quench my thirst such as Surley BenderSouthern Tier Uber-Sun wheat ale, Cane and Ebel Red Rye ale on cask pump, and Two Brother’s Heavy Handed IPA. coffee stout,

After a grand time that involved far less travel than we initially had planned for, we stumbled home to our friends’ place soaked by sheets of rain, pelted by high winds, and not giving a damn. 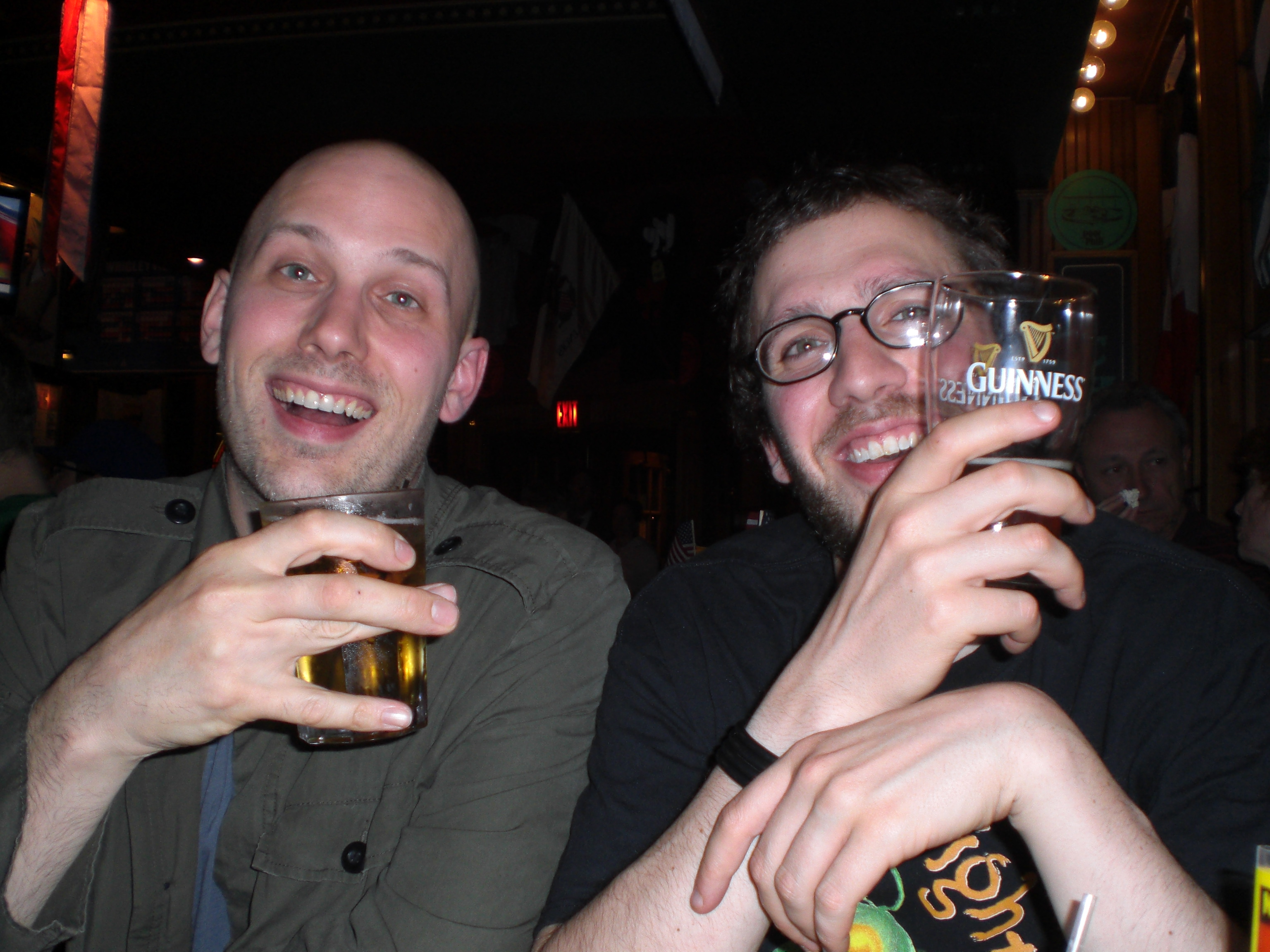