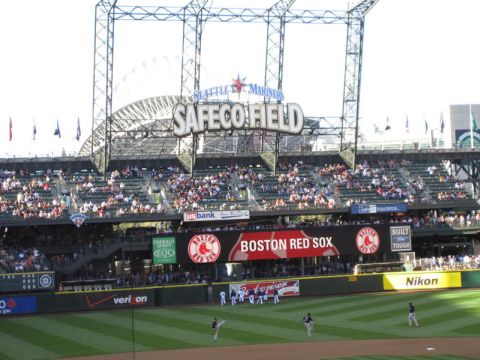 When is it ever appropriate to pay $9 for a pint of everyday craft beer? When it is part of a bigger experience – like my first Red Sox game. 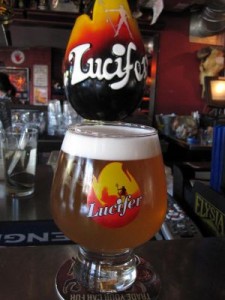 Despite the Red Sox loss on Saturday (1-5), the overall game-day festivities were amazing! Seattle traffic is infamous in the Pacific Northwest so the best thing to do is ask a local. And the best local is a bartender at Duck Island Ale House. My girlfriend Katherine and I stopped in at Duck Island for a pre game brew. Adam was our heavily tattooed bartender and he couldn’t have been nicer. The beer list was great! I choose a Pike Double IPA and Katherine choose a Lucifer. I asked about the Lucifer tap tower, as I have never seen one before. Adam said that it is one of only three still around, but after Brouwerij Het Anker bought the name, recipe, and rights to Lucifer from Brouwerij Riva S. A. in 2008, nobody knows were two of the three are. Lucifer is a Belgian Strong Pale Ale. It is surprisingly creamy and a wonderful beer. You would not know that it is 8.5% ABV. 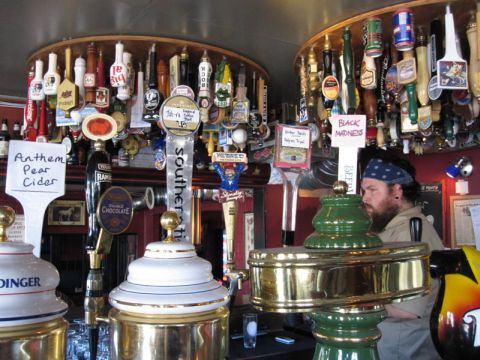 The other thing that I enjoyed about Duck Island was all of the extra tap handles hanging from the ceiling. Very cool place! After getting directions to the ballpark from Adam, we headed out.

We found great parking and started looking for beers in the ballpark. There were the normal selections of Budweiser, and such, but we were looking for craft. We found the likes of Bridgeport, Redhook, Pyramid, and Dick’s. Nine dollars for these was a little steep. Then I thought how many times have I paid for over-priced candy and soda at the movies? A lot. We don’t get to go to a baseball game very often so this was a treat, and despite the high prices we were going to treat ourselves.

After the game we hit Uber Tavern located right down the street for Duck Island. We found this to be a adequate beer bar with bottles to-go. We could not end the night without saying thanks to Adam and had just one more beer. 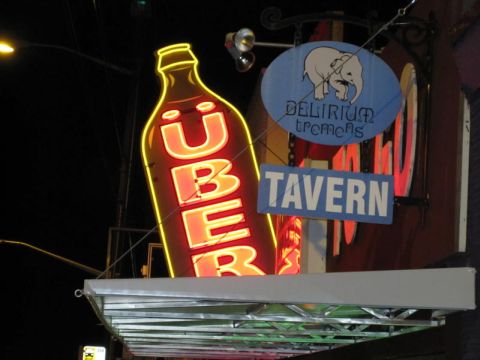 There were other beer-centric places in Seattle that I would like to visit, but they will have to wait til next time. This trip was definitely worth the $9 beers, and the Mariners deserved to win the game.