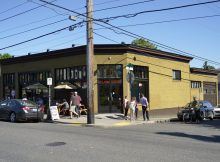 Beer events
This week is set to be a huge one at Belmont Station as the popular bottle shop and taproom celebrates its 22nd Anniversary today, hosts a couple of
Read More

Beer events
With its humble beginnings back in 1997, Belmont Station opened its doors across the breezeway from the world famous Horse Brass Pub. In 2006 Belmont Station relocated to
Read More