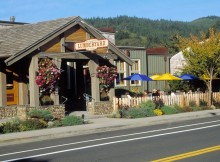 Beer news
This past spring Pelican Brewing announced its plans to open its third coastal brewery in tourist haven Cannon Beach, Oregon. It has just been announced that a third
Read More

Beer Travel
Residing in the Willamette Valley, one sometimes forgets about the brewcations one can take for a short weekend getaway. We are close to great beer towns such as
Read More