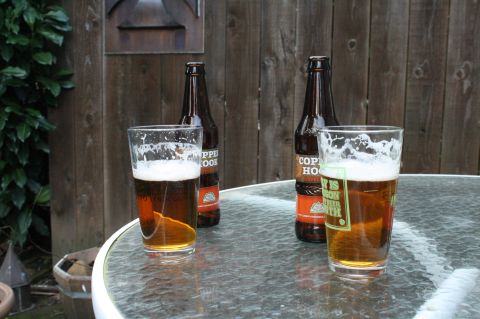 Portland has been blessed by great weather lately considering it’s January! Yesterday, hanging out in the back yard with my friend Dave, I noticed our hellebores had flowered and realized it was the first time I have enjoyed my backyard in some time. As we settled on a few tasty beers a package arrived from Craft Brewers Alliance containing two Red Hook Copperhook Ales. Not a beer I would probably reach for on the shelf, but perfectly quenching on a day such as this. The warm sun felt great on our faces. My cat even enjoyed soaking it in atop our fence. Copperhook has a nice balance of robust maltiness considering its sessionability; coupled with 35 IBUs of hop snap, it was a very nice sunny winter day beer. 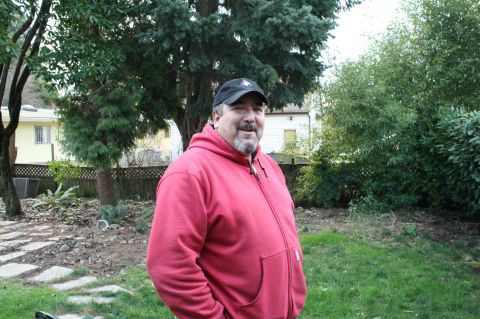 A great thing about living in the Pacific Northwest is that with all of the winter rain, you can count on days like this betwixt the grayness. 53 degrees Fahrenheit. Another great beer drinking day. 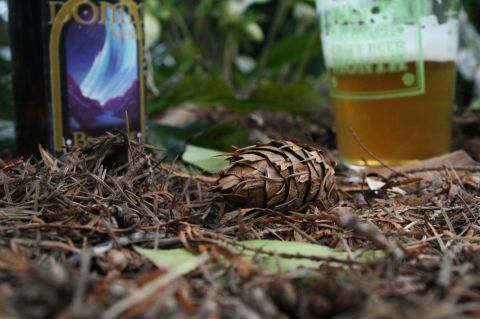 We opened a bottle of Dominus Vobiscum (Latin for “The Lord Be With You”)Blanche from our friend Marc in Quebec. A great spicy golden-tawny 5% ABV wheat ale that paired perfectly with this afternoon. 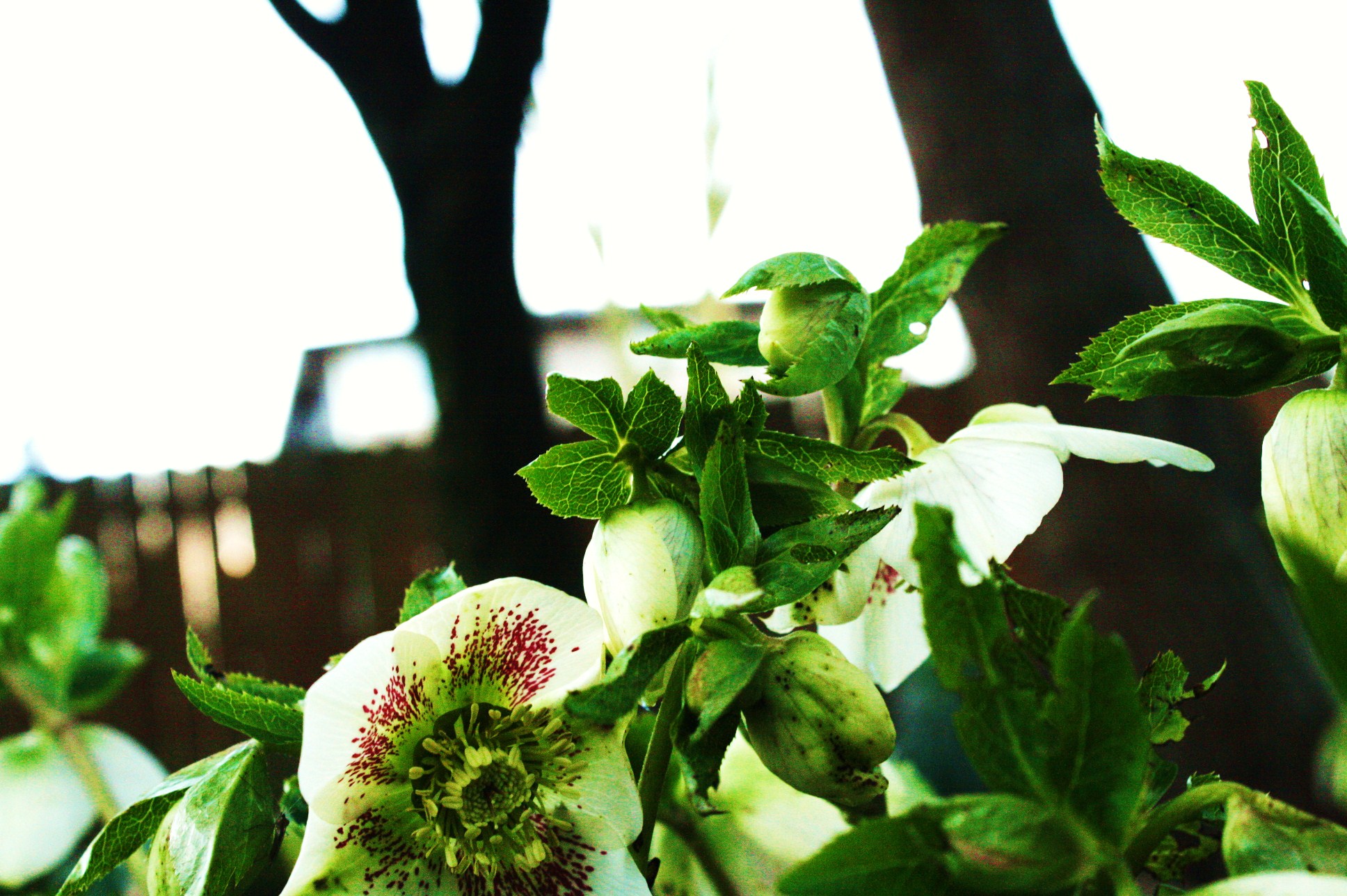 It’s great to know the days are gradually growing longer and warmer. West of the Cascades, December showers can bring January flowers. 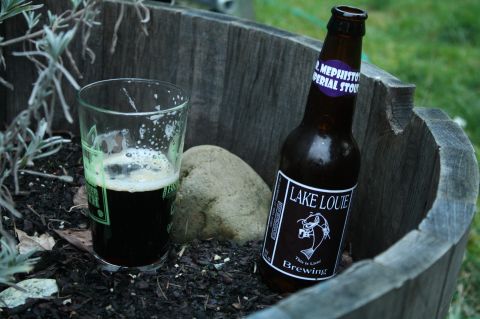 From my beer fridge I pulled out a bottle of Lake Louie’s Imperial Stout that I purchased when in Wisconsin. Deep, dark, coffee complexity with some mild sour off flavors probably due to age, but enjoyable nonetheless. 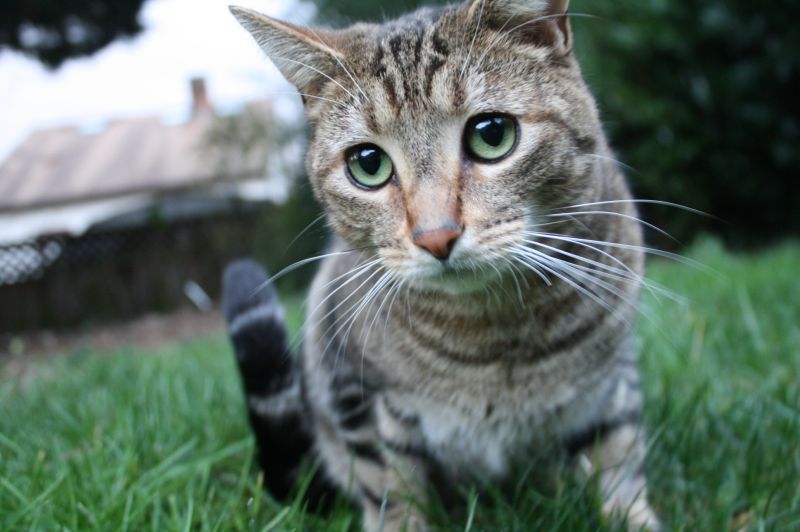 My friend Gammet hung out with us and enjoying playing in the grass. After being sick a few weeks ago, he was back to his old self and loving the weather as much as we were. 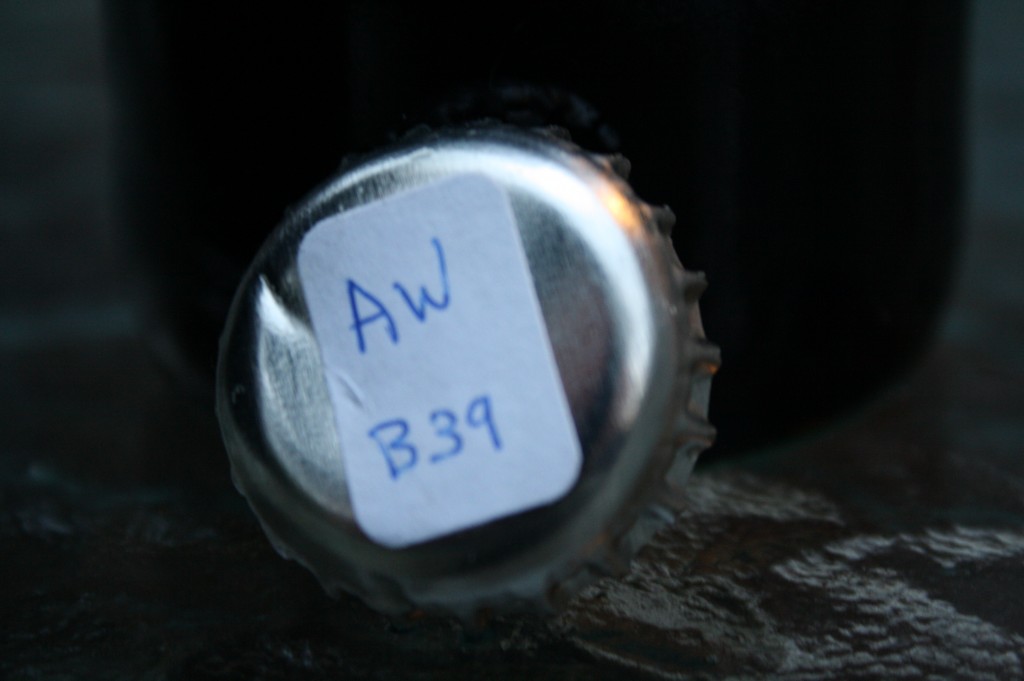 Being a beer collector, I sometimes find that all I have in the fridge are barleywines, imperial stouts, and sours that I only break out on special occasions. The lighter stuff goes quickly. I found a bottle of homebrew given to me by a friend. Unfortunately I can not remember who gave it to me. Perhaps the bottle cap above will be familiar to that person if they are reading. It was a magnificent imperial stout with a big coffee presence. Thank you to that person! 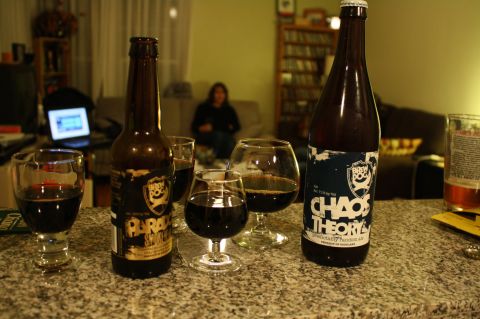 The sun had to set eventually. Dave left and Gammet and I moved inside. Our friends Ty and Laura came by and shared some great brews with us including a few special beers from Brewdog. The Paradox Smokehead was intensely peaty as the label indicates. 10% ABV. It also was heavily whiskeyed. Can I use whiskey as a verb? Well, I just did. The Chaos Theory was not so chaotic (not compared to Barley Brown’s Chaos or Double Mountain’s Imperial Chaos) but it did have a deep ingredient base for a 7% ABV brew. A little too unbalanced for my liking but hey, I like most beer, so I guess I did like it. Make sense? I’m confusing myself.

All things end with sours. I was anxious to give Cascade’s Sang Rouge another go after uncapping a sample bottle the brewers gave me a few weeks back. Very nice beer. I need to get more stat. I could live off this stuff.

Other delicious beers were enjoyed that I didn’t mention, and it’s too bad, but I didn’t get a picture of the Sang Rouge. Anyhow, I am tired of typing so I will leave you with a few more pictures. Enjoy the sunshine! 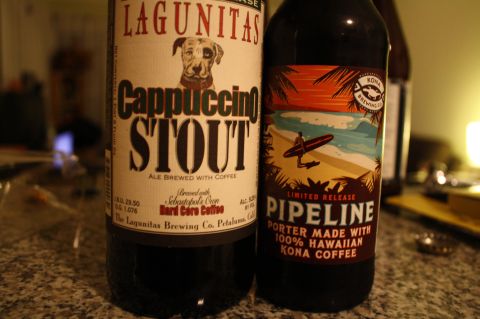 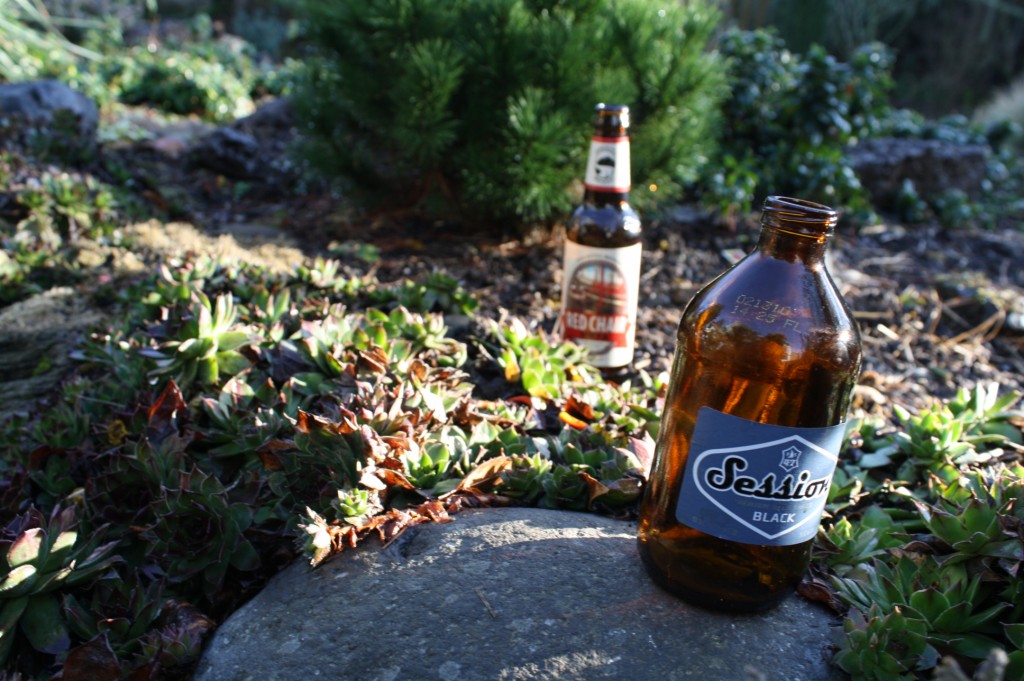 Keeping with a somewhat randomness of this post, here’s a video by my friend Stuart Valentine.