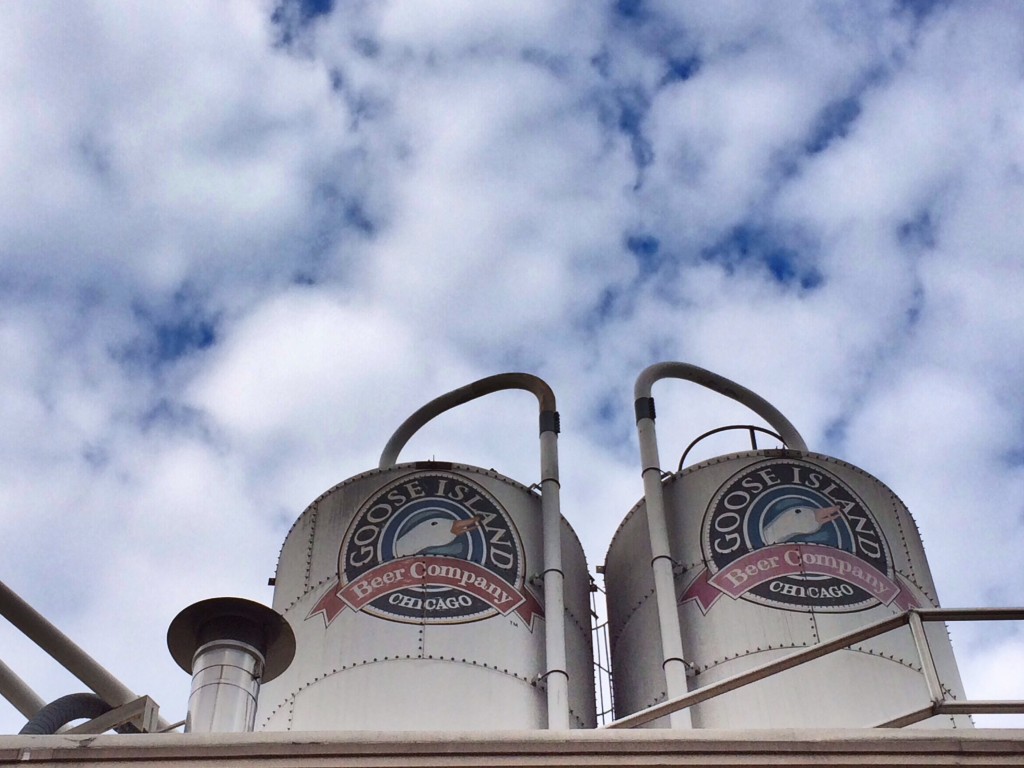 A pioneer in the craft beer movement is celebrating 25 years of brewing beer in the heart of the Midwest. Through the years Goose Island Beer Co. has grown from a brewpub to a large production brewery and then an additional brewpub all within the city limits of Chicago, Illinois.

Having recently traveled to Chicago for the Festival of Wood & Barrel Aged Beers, we were fortunate enough to receive a tour of their brewing operations. However, the most impressive part of the tour was being inside their very impressive barrel aging rooms at their Fulton Product Brewery.

Founded by John Hall, Goose Island began operations on Friday, May 13, 1988 on a 10 BBL brewhouse at their Clybourn Pub near one of the most notorious housing projects in the states, Cabrini Green.  This area on Chicago’s northside was not a desirable place to be through the early 1990’s. Since the time Goose Island opened their doors the neighborhood has gone though a gentrification that we now see today. With a new 10-year lease signed, this pub location is staying put since rumors were circulating earlier this year that the pub was going to be closing down.

Goose Island also has a second brewpub a block south of iconic Wrigley Field. This pub location opened in 1999 allowing for an additional 15 BBL brewhouse. Both of the pubs are still owned by Goose Island founder, John Hall and have no ties to the Anheuser-Busch InBev acquisition of 2011. John Hall is still an active part of Goose Island as he sits on their Craft Beer Advisory Board.

But it was in 1995 when Goose Island ramped up production with the opening of their Fulton Street Brewery just west of the Chicago’s downtown. Upgrading to a 50 BBL JV Northwest Brewhouse assisted in their growth in the Midwest. Remind you this was still the early times of the craft beer movement. The 1990’s saw a few closures in the craft beer scene.

This facility is located in the midst of an industrial area that is still in heavy use today. The brewery itself is pretty maxed out with tanks so tight together Goose has been adding newer, larger tanks to brew more of their award winning Belgian style beers on the outside of the building.

When we arrived to the brewery for our tour we were greeted by our liaison, Patti Mandel. Her official title is Educator-Pubs & Tours for Goose Island. From the unmarked, plain front door of the production brewery she led us up some stairs to their offices to sign us in and from there we were off on our fun little tour.

Our first stop was to the “brewdeck”. This is nice, quaint little 6-tap bar that sits slightly above the brewhouse and is mainly there for their employee use. This is when Mandel began talking about some of the history of Goose Island and how the company continues to be heavily involved in the local community. 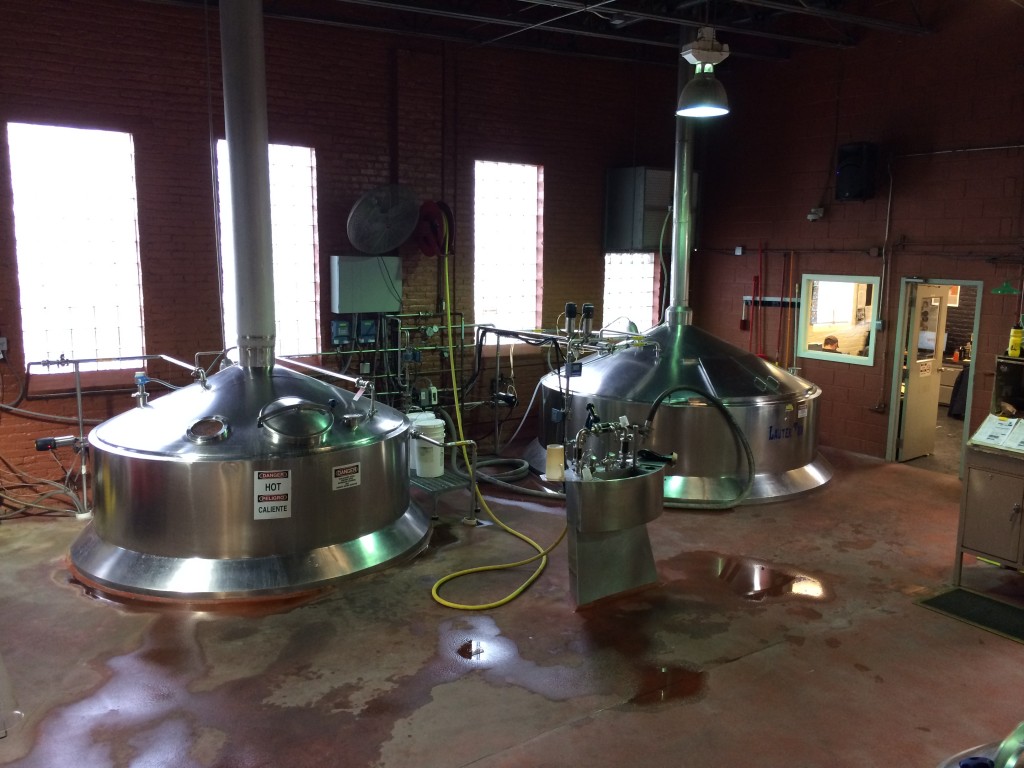 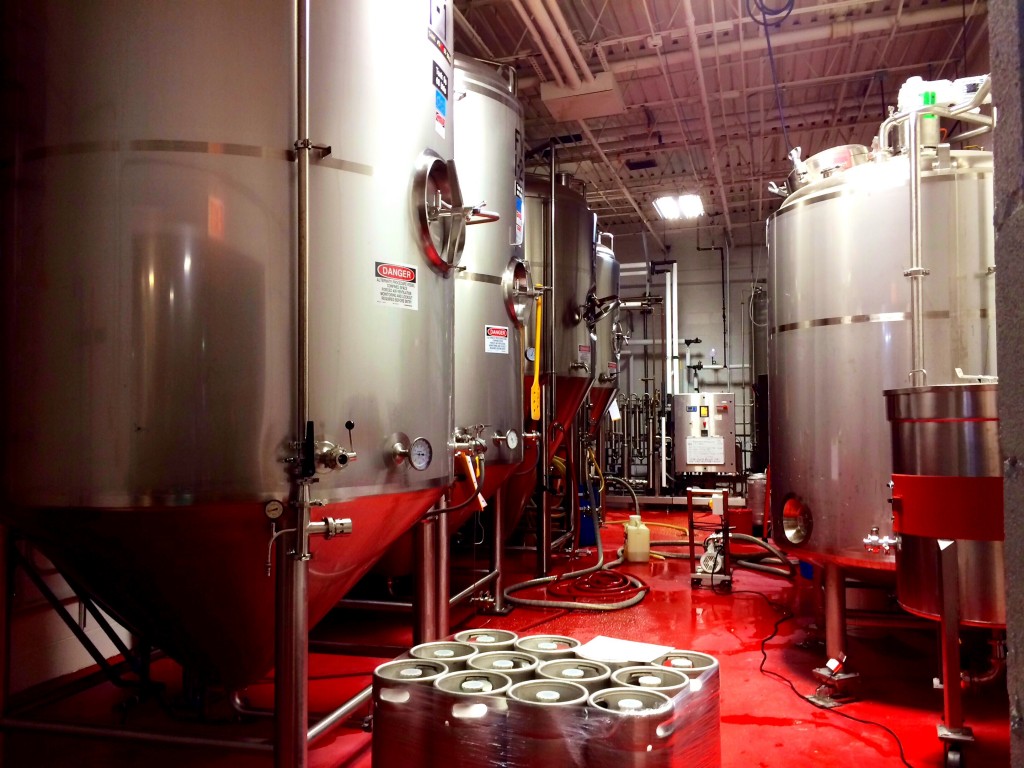 Fulton Street brews about 60,000 BBL of mostly Belgian Styles and Barrel Aged beers. During our visit the brewers were brewing the base beer for Bourbon County Stout. Nice day to be at the brewery. Goose has on staff about 16 brewers who are led by Brewmaster Bret Porter. You may remember him from his previous positions at Deschutes Brewing and Portland Brewing. 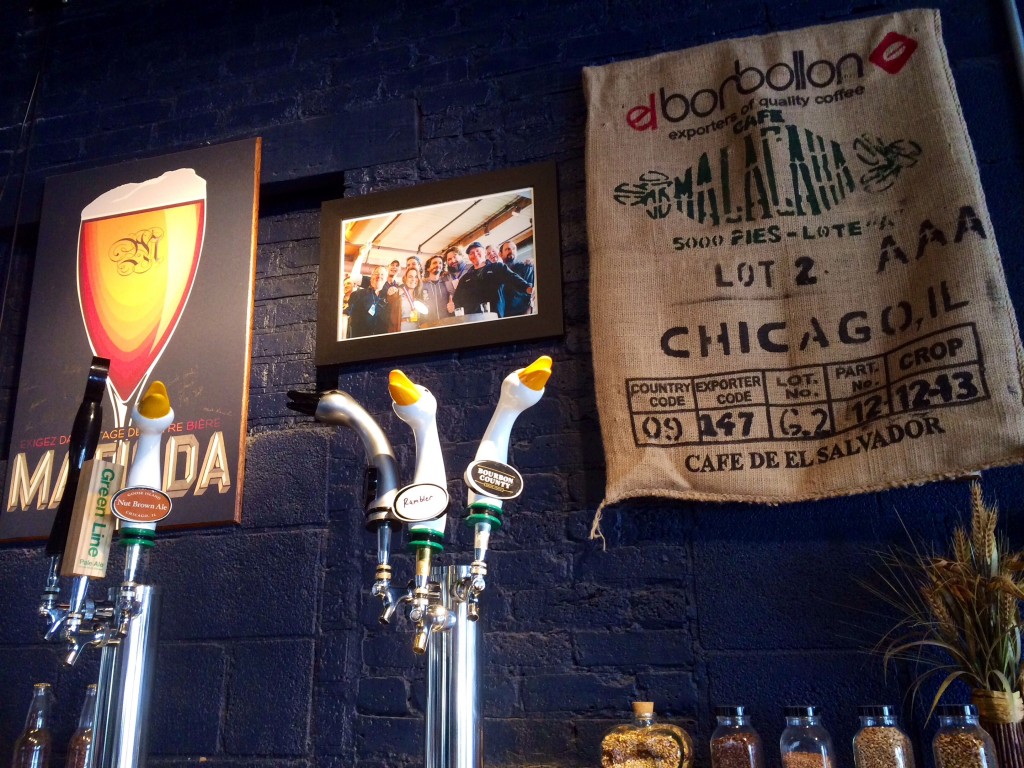 On tap the day we were visiting was Matilda, Green Line Pale Ale, Nut Brown Ale, Sofie, Rambler and 2013 Bourbon County Stout. Yes, a very nice lineup of beers for us to sample. We were able to reintroduce ourselves to some of our favorites and try a new beer that will be released in the late summer of 2014, Rambler. This tasty Red IPA features hops grown on Anheuser Busch’s very own Elk Mountain Farms in Bonners Ferry, ID. Goose Island has complete access to this hop farm for their beers. 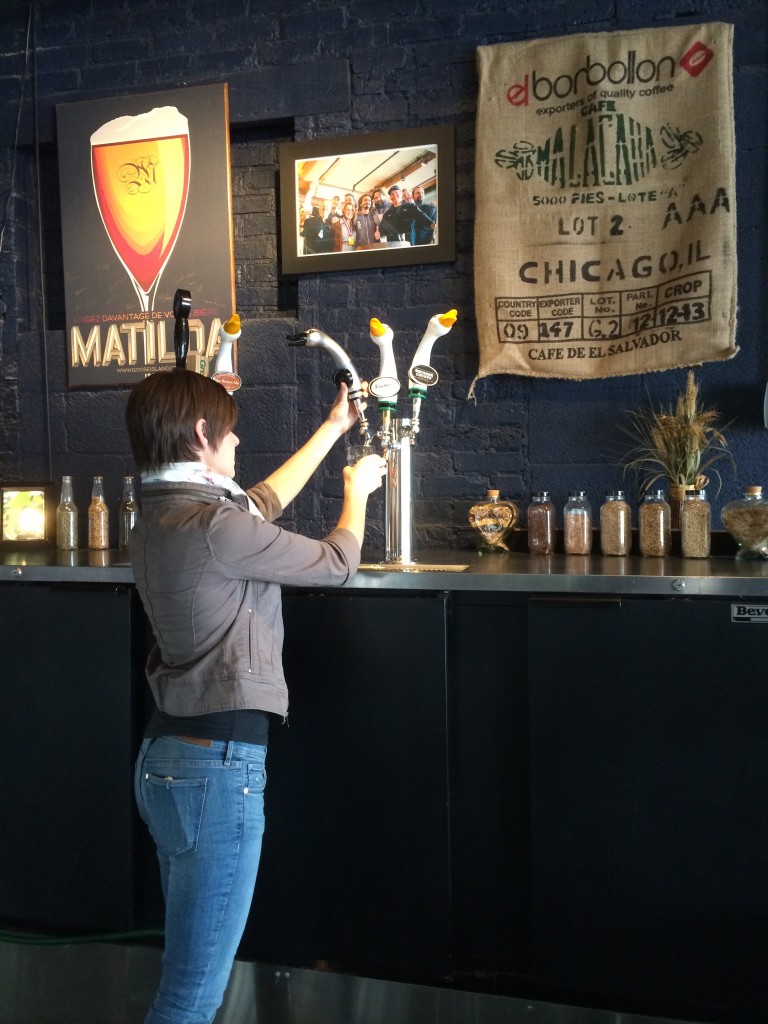 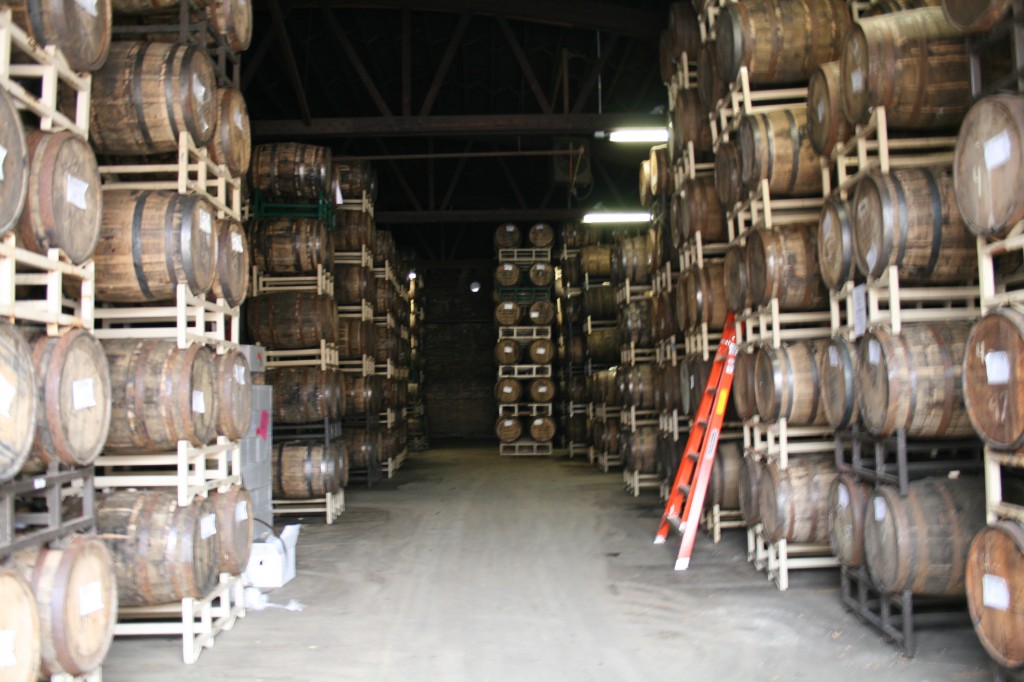 From there we walked across the street to a large brick warehouse. Upon rolling up the garage door we were greeted to the pleasant aroma of bourbon. This warehouse is amazing. There are wooden barrels stacked to the rafters. Nearly 3,000 bourbon barrels sit in this non-climate controlled warehouse. That fact alone is quite amazing when you realize the weather variances that take place in Chicago. Their temperatures vary from high 90’s in the summer to sub zero temps in the winter. Goose feels that this is what makes Bourbon County Stout taste so great. Can’t argue with them about this one. Its such a great, solid beer. 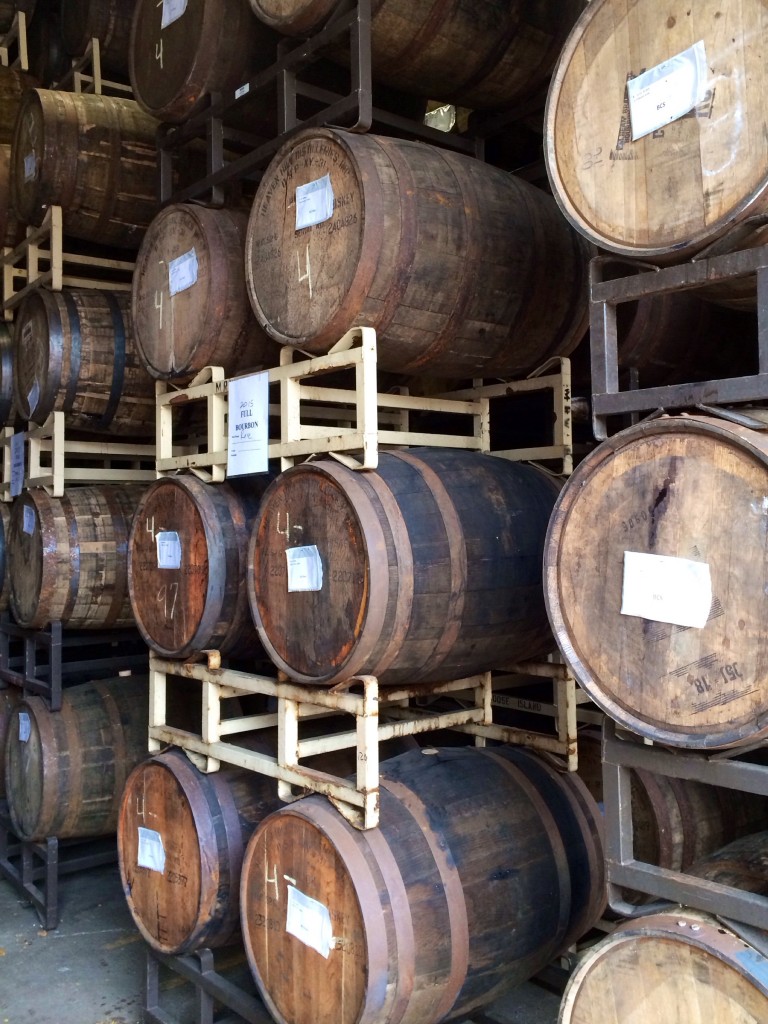 For aging the world famous Bourbon County Stout, Goose predominately uses former Heaven Hill barrels. On average they’re 12-year-old barrels. But for some other beers we noticed a few other various barrels in this warehouse such as Buffalo Trace and Templeton Rye among others. 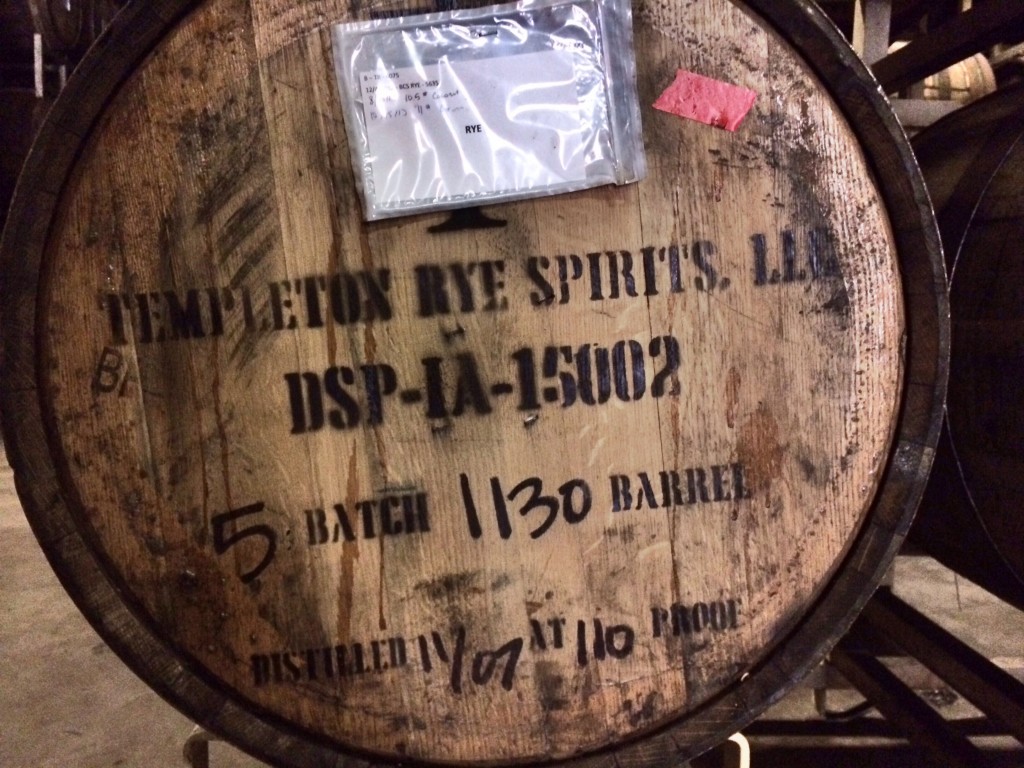 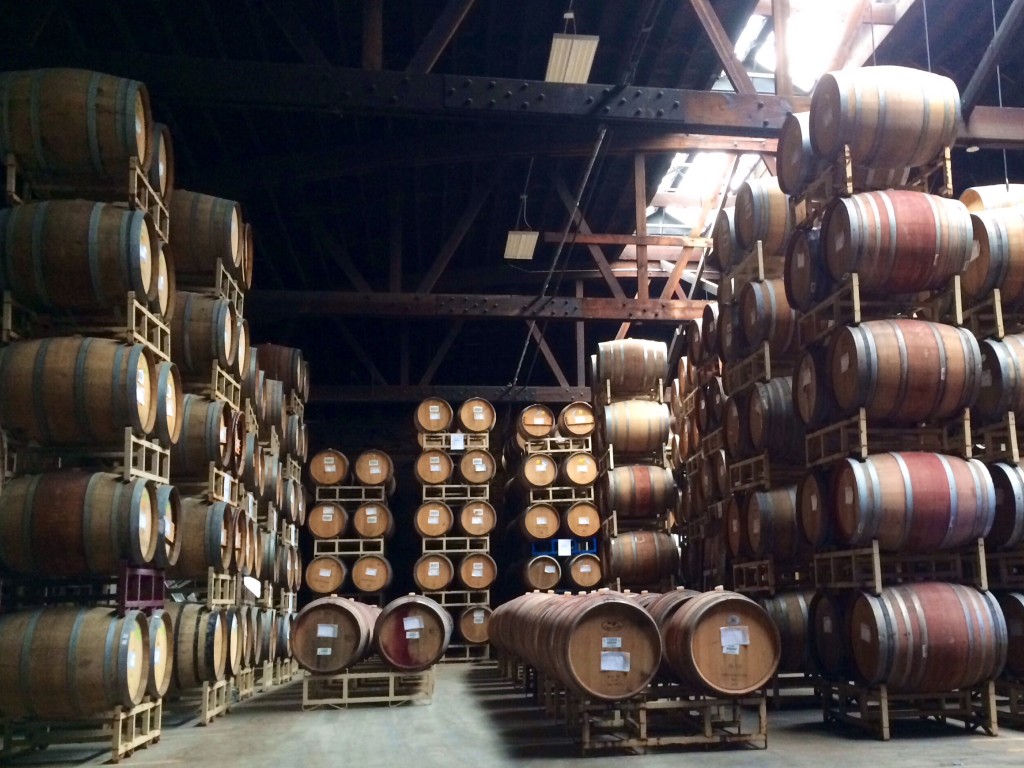 Goose Island’s coveted Madame Rose is currently resting in this warehouse and when released in the spring of 2014 it will have been in a barrel for 18 months. The fruit that was sourced is from Southwest Michigan’s Mick Klug Farms. I guess that is what the Brewer’s Association means by being “Crafty”. 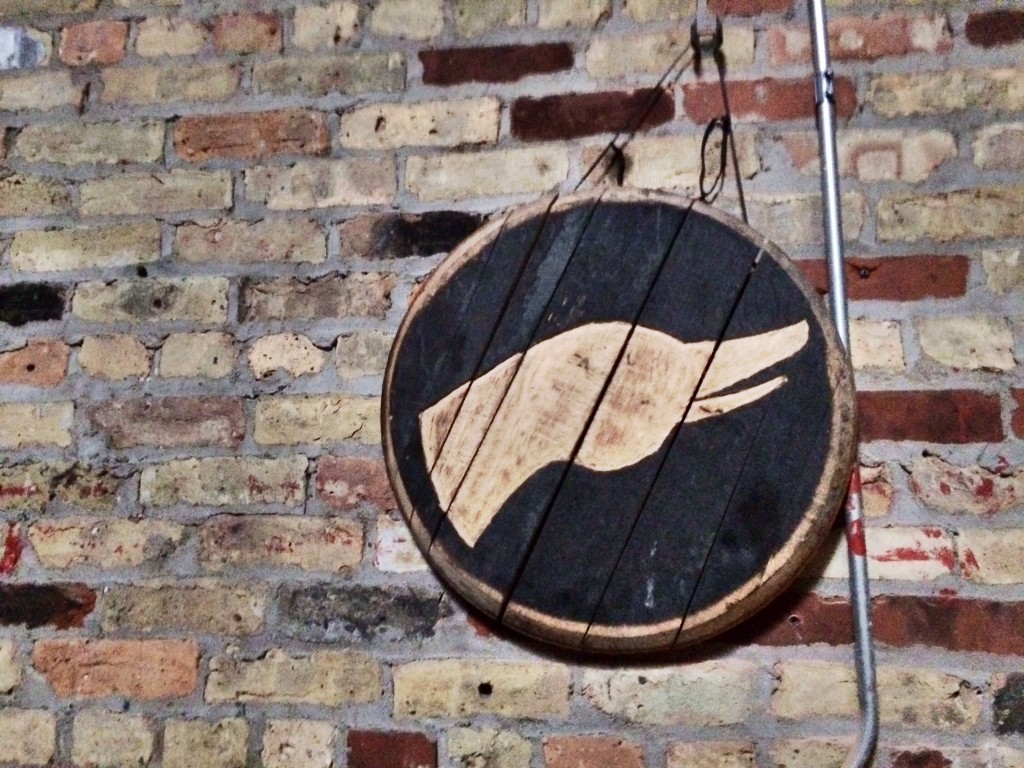 And for those of you wondering about the release of Bourbon County Stout is taking place today for those of us in Oregon. Two weeks ago on Black Friday Goose Island held their Black Friday across the country. Oregon was held up a bit in this celebration. We were told that the OLCC was involved in this delay of Bourbon County Stout hitting our store shelves. This had something to do with the higher alcohol content. Today, Friday the 13th will be our Black Friday. Get ‘em while the gettin’s good!

Here’s a video recap of this year’s Black Friday in Chicago.

Hope you enjoy this video that Goose Island put together for the launch of 312 Urban Wheat in cans. Well maybe its Brewpublic’s appreciation for the greatest duo ever, Hall & Oates.

Cheers to Goose Island on 25 years!