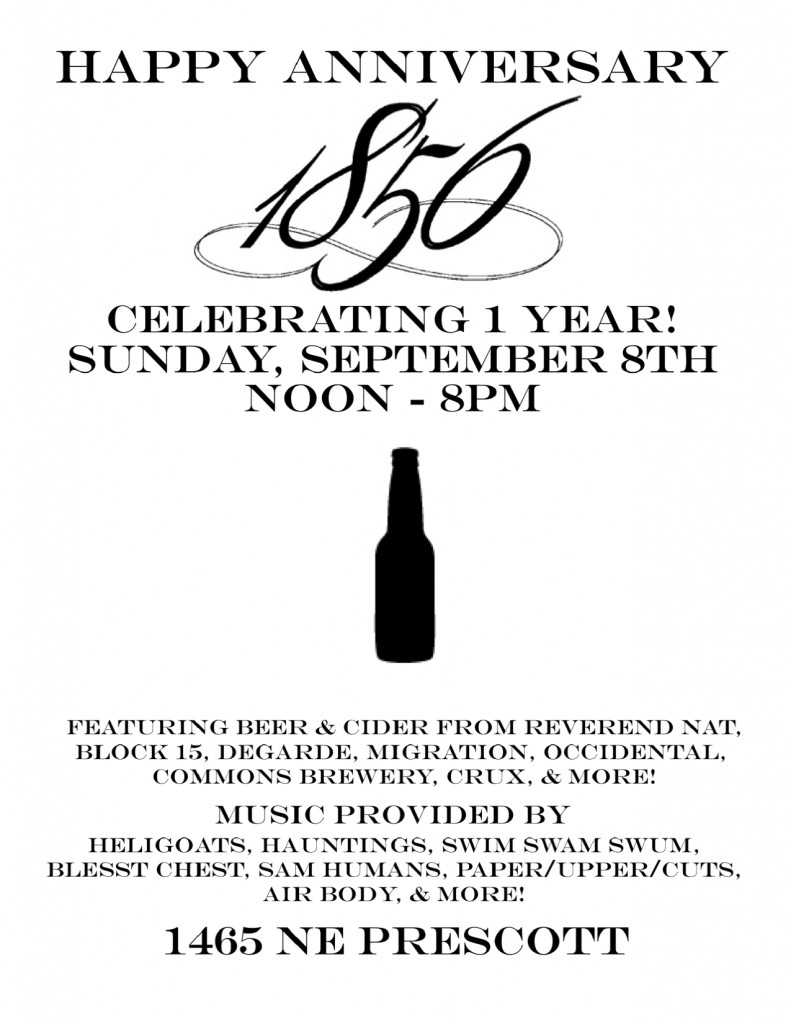 Come join 1856 this Sunday, September 8th from Noon – 8:00pm for their One Year Anniversary Party. This celebration will take place in their shop and in the closed off parking lot at Prescott Village at NE 14th and NE Prescott.

Along with the shops 7 taps inside their shop, 1856 will be featuring special beers in their parking lot from Block 15, Commons, DeGarde, Migration, Crux and Occidental and others along with cider from Reverend Nat’s. And since its also a wine shop, 1856 will be pouring glasses of wine from around the globe.

For those arriving with an appetite, 1856 neighbor Pok Pok Noi will be serving up their delicious food for the festivities.

So make your way to NE Portland on Sunday to what looks like will be a fun time!